Sixteenth Sunday in Ordinary Time: A place for everyone 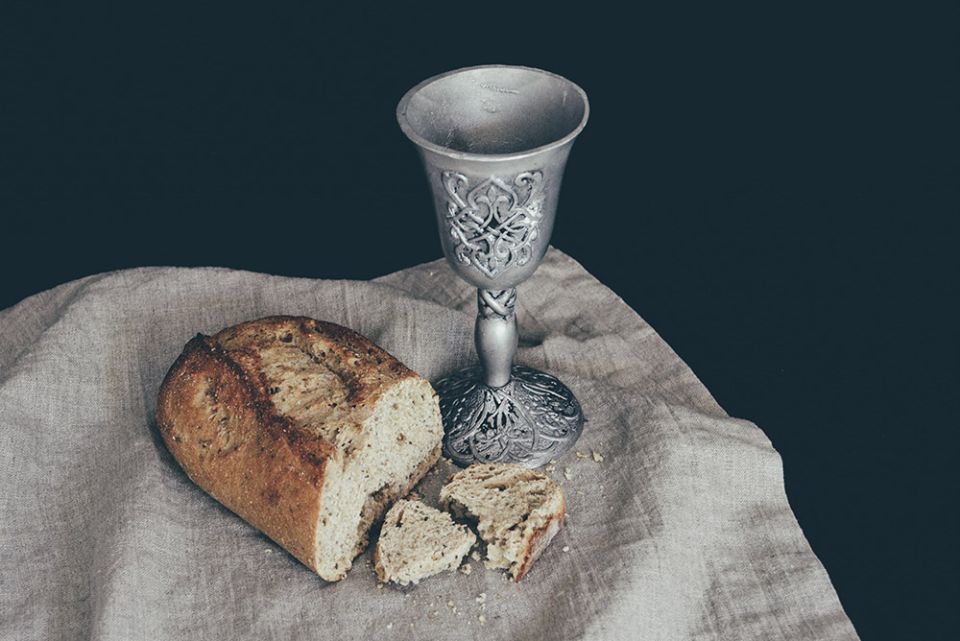 Why do we have such bitter disagreements about the Eucharist, over who should celebrate and who can receive? Are we betraying Christ? Perhaps. If it's any comfort, this is nothing new. St. Paul himself warned the Corinthians that their eucharistic celebrations did them more harm than good and that discrimination at the Communion table gave them membership in the company of those who crucified Christ (1 Corinthians 11:17-33).

The Martha and Mary story we hear today has been variously interpreted as a sign of women's discipleship, an affirmation of the value of the contemplative over the active life, as a critique of excessive busyness in the ministry, and — just about anything else you want to suggest.

Those who designed our lectionary placed this story in dialogue with that of Abraham, Sarah and their visitors. In that story, the Lord appeared to Abraham in the guise of three men. Abraham, the welcoming host, could hardly have gone further overboard in ordering their meal. The three measures of flour Sarah kneaded added up to about 60 pounds — before adding water. The steer, of course, was heavier — around 1,200 or 1,300 pounds. With those quantities, we might imagine that Abraham dug a swimming pool where they could bathe their feet!

Obviously, this story highlights Abraham's hospitality. Our lectionary relegates the rest of the story, Sarah's astounded and delighted laughter at the visitor's outlandish promise that she would bear a son, to be heard every other year on a Saturday.

With the legend of Abraham as a background and the good Samaritan as its immediate Gospel predecessor, we hear of Jesus' visit to Martha and Mary. These sisters appear here and in John 12 as Jesus' friends and disciples.

As Luke tells the story, Martha appears to be the head of the household, the one who welcomed Jesus into their home. Then, as she goes about working, Mary sits in the position of a disciple at Jesus' feet.

Both Martha and Mary were stepping outside a woman's traditional role. In a home where there is no mention of a man — Luke mentions neither brother nor husband — Martha acts as the hostess, an alternative version of the hospitable Abraham. Then, while Martha works like Sarah, Mary takes the Abrahamic role of accompanying and listening to Jesus.

Martha asked Jesus to intervene because the work (daikoneo) was left to her while Mary took in Jesus' word (logos).

This story is unique to the Gospel of Luke. Its closest parallel in the New Testament comes from Acts 6, where we hear that as the number of disciples grew, the community chose seven "deacons," to do table service, freeing the apostolic leaders to preach the word.

Understanding the connection that Luke makes between the two incidents, we realize that he may be describing Martha's service as akin to that of a deacon. The community needed some to serve as hosts at the table doing diakoneo, leaving others free to be itinerant preachers of the word (logos).

As we listen to this story, we should realize that although our translation says that Mary chose the "better," Luke quoted Jesus as saying, "Mary has chosen the good part." After the story of the good Samaritan, it would seem unthinkable to suggest that preaching or studying the word takes absolute priority over direct service.

We should notice that in this story, both Martha and Mary step out of women's traditional roles. Martha's service is described as literally diaconal; she was serving like Jesus served. (See Luke 22:26-27.) Mary was sitting at the feet of her rabbi, a physical position and communal role traditionally restricted to men.

Perhaps the deepest conflict reflected here is not the difference between the sisters but the consternation of a community trying to adjust as Christian women assumed previously restricted roles of religious leadership.

In reality, almost any time that Jesus was a guest or shared a meal, conflict came to the table. He consistently stretched accepted limits. Jesus scandalized many of his contemporaries because he ignored rules that restricted anyone's full participation in God's reign. According to Jesus, that reign resembles a banquet as lavish as the spread Abraham offered his guests and remains open to anyone who desires it, no matter their social or religious status.

Today, if we want to enjoy the company of Christ, we need to find the balance between action and contemplation. This will allow us to join in Jesus' rejection of roles, rules and regulations that demean others. Whenever Jesus came to a house, he became the host. Then he made a place at his table for everyone. The only requirement for communion with Christ is acceptance of the others he invites. We choose the good part when we enjoy his open and lavish banquet.

A version of this story appeared in the July 8-21, 2022 print issue under the headline: A place for everyone .

Column | Sixteenth Sunday in Ordinary Time: A place for everyone

So little is known of St. Francis, biography is a fiction

Journeying into the ‘Great Work’

The ecological significance of the Eucharist

A flash of lightning