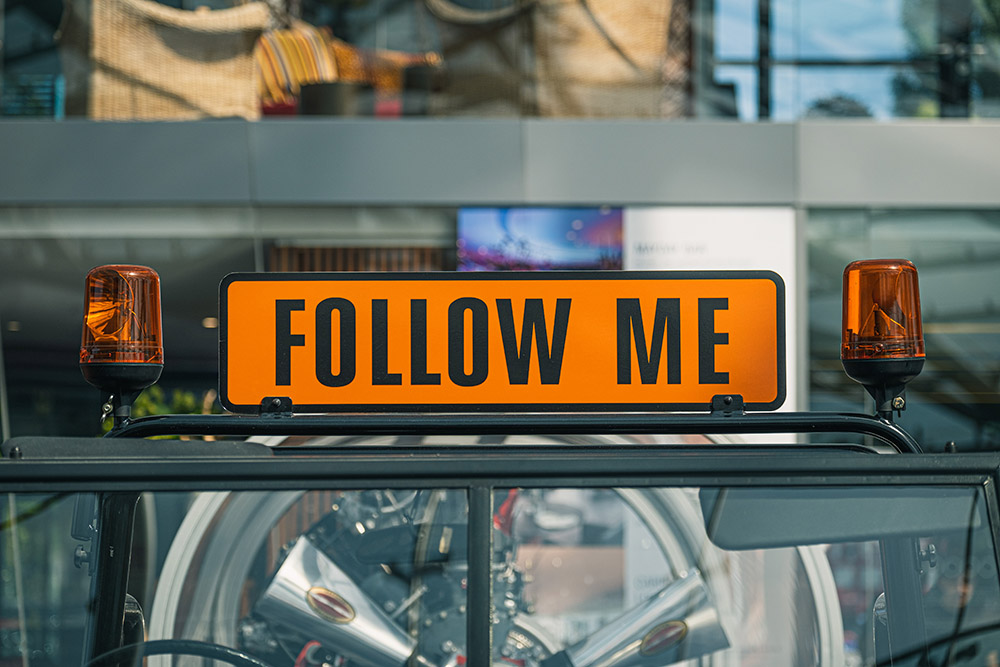 Who in their right mind would take up with an unarmed, violence-avoiding preacher headed to the big city to face jealous, powerful foes who will stop at nothing to get rid of him? He seems as naively hopeful as the "tank man" of Tiananmen Square who stood before oncoming armored vehicles, as imaginatively courageous as Ukrainians who hand cellphones to young Russian soldiers so they can call their mothers. Facing impossible odds, such people proclaim that hope and love are stronger than brute force.

While the latter examples come from our era, we meet the first in the Gospel of Luke. His name is Jesus.

Today's liturgy asks, "What does it take to be a follower of Jesus?" In his book Jesus of Nazareth, theologian Fr. Gerhard Lofink comments that there is no New Testament noun for followers of Jesus. The word disciples simply means students. The verb "follow" occurs 80 times in the New Testament, but it is never rendered as a noun.

There is no dogma, rule or rite that makes one a follower. Following is not a status, but an activity. Today's Gospel reflects on four expressions of that activity.

Jesus and the group we meet on the road are quite vulnerable. Jesus had just told them that the temple authorities were determined to eradicate him (Luke 9:22), and with that, he "set his face" for Jerusalem.

When a Samaritan village refused them hospitality, the disciples, imagining that they possessed some magical or divine power, proposed destroying it as if it were Sodom. Jesus (how exasperated was he?) simply told them to look for a more hospitable spot.

Contrary to some traditions, Jesus and his Father are not in the business of obliterating unbelievers and evildoers. Love cannot be coerced.

Even with the precariousness of their venture, someone soon volunteers to join the group. Jesus responds with a poetic warning, saying that foxes and birds (probable allusions to Herod and the Romans) make themselves at home in the land, but that, from his birth through the day he walked to Emmaus, he would possess no place to lay his head.

After this, perhaps because one volunteer bravely joined them, Jesus invites two others to follow.

The first sounded a bit like the guests who made excuses for skipping a banquet (Luke 14:15-24). This person liked the idea, but wanted to defer Jesus' offer because of family obligations. There is no indication that there was a funeral in the offing; rather, he saw care for his parent(s) as a more immediate priority. That didn't work for Jesus. This was a decisive moment; he was on the road to Jerusalem; he had no time to waste.

After one person turned him down, Jesus invited another. The problem for the second seemed to be a love for the past that kept him/her longingly looking backward rather than plowing wholeheartedly into the future. Jesus told this person that God's reign is about hope for what can be, not nostalgia for what once was. (The good old days misremembered can be a stumbling block to God's future.)

What are we to learn from watching Jesus and these folks? Some followed and some didn't. None of them were perfect, none totally lost.

First of all, those who didn't accept Jesus' invitation weren't put off by the threats or hardship. It was a question of motivation.

When we act like the first one, we avoid the urgency of following Jesus. Whether it's a question of making a life choice or deciding when to dedicate time to prayer, we put it off, forgetting that, as a popular saying intimates, not to decide is to decide not to.

We can recognize ourselves in the person who kept looking back whenever our comfort with the familiar or fear of being wrong prevents us from venturing out in risky hope. Disciples will surely make mistakes, but the worst mistake is to become stagnant.

St. Paul reminded the Galatians that the love that leads to following Jesus is a free response to God's love. Those who had left behind their nets and boats, like Elisha who used the tools of his trade to throw a farewell feast, were so captivated by Jesus' offer that they kept following him and kept learning.

Love alone frees us to follow Christ. When that love captivates us, danger, uncertainty and the lure of the past lose their power. We must not forget that while Jesus said he had no place to lay his head, he also said that those who leave home for him and the Gospel will find themselves enjoying hundreds of homes.

Who in their right mind will follow him now? Only those who allow themselves to be so loved and captivated by his vision that they decide nothing else could matter nearly as much.