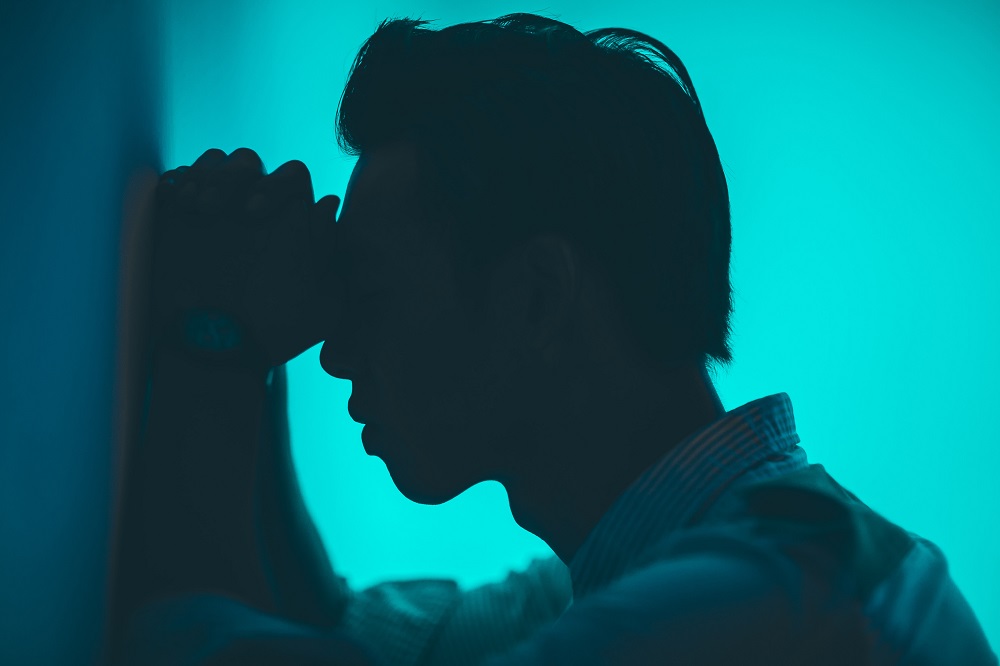 A survey of 6,485 U.S. adults shows that Americans overall have a strong belief in God and that belief appears to be unshaken in the midst of hardship and suffering, such as have occurred with the COVID-19 virus. (Photo by Road Trip with Raj/Unsplash/Creative Commons)

Few Americans blame God when bad things happen in their lives, according to a new Pew Research Center survey that looks at how people respond to suffering in the wake of a pandemic that has killed more than 750,000 Americans.

The survey of 6,485 U.S. adults polled online in September shows that Americans overall have a strong belief in God and that belief appears to be unshaken in the midst of hardship and suffering, such as have occurred with the COVID-19 virus.

Instead, many Americans lay some blame for the suffering that occurs in the world at the feet of individuals and societal institutions. Seventy-one percent of Americans agreed that "suffering is mostly a consequence of people's own actions." Sixty-nine percent said "suffering is mostly a result of the way society is structured." (More than half of respondents said both of thesestatements describe their views.)

Although questions about the source of suffering in the world are new to Pew, the center has previously polled Americans about belief in God, heaven and hell. Those beliefs — 91% said they believe in God or in a higher power, 73% believe in heaven and 62% in hell — are remarkably consistent with past studies. (One-third of respondents also believe in reincarnation and that, too, has remained stable over time.)

When they hear about terrible things happening to people, most Americans said they feel thankful for the good things in their own lives (71%) and sad for those who are suffering (62%). Ten percent said they were happy for others' suffering because they deserved it.

A quarter of Americans also said that when they hear about bad things happening to people, they often feel the need to tune out the news because it's "just too much to take. 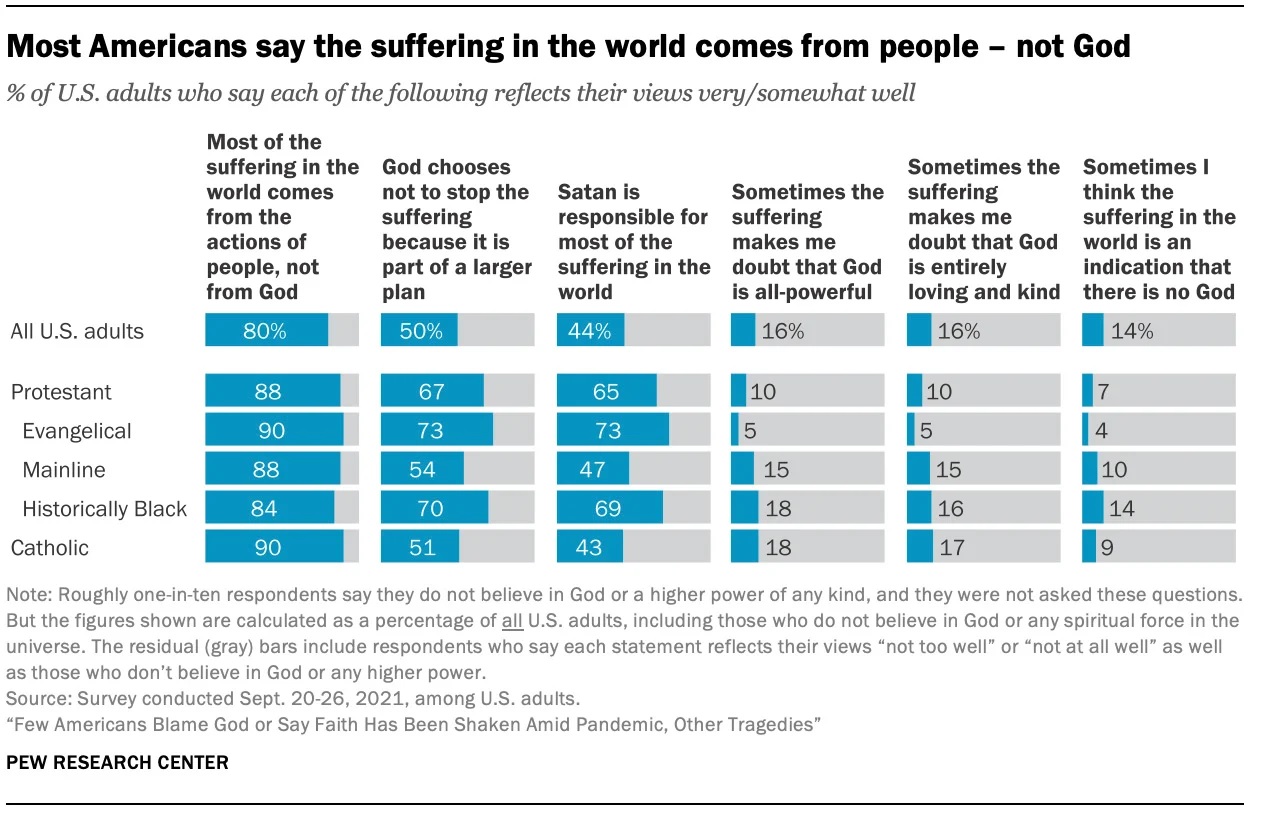 Most Americans say the suffering in the world comes from people — not God. For the most part, Catholics' views reflect those of other Americans. (Graphic courtesy of Pew Research Center)

But American views of God are largely forgiving. More than 70% of Americans said they "rarely" (26%) or "never" (48%) feel angry with God for allowing terrible things to happen to people.

That's good news, said Jamie Aten, a disaster psychologist at Wheaton College. Aten said studies indicate that when people blame God for the bad things that happen in life, they're much more likely to struggle with depression, anxiety and trauma.

But the survey's finding that 80% of Americans think the suffering in the world comes from the actions of other people may not be the perfect antidote.

"The danger in this is when we turn our blame to others we may see different levels of prejudice, bias, people harming others in groups different from themselves," Aten said. "That may be why we see so much tension toward one another in the U.S."

Still, the survey's finding that 69% of Americans think suffering is mostly a result of the way society is structured gave hope to theologian Emilie M. Townes, dean of the Vanderbilt University Divinity School.

"Over the last 20 years or so I noticed this not so subtle change in which people say, 'We need to look at what we do to each other more,'" said Townes. "That is much more the root of most suffering rather than God deciding to punish us in some way. You see that in many forms of liberation theologies, where people are saying, 'We need to ask why are we causing the suffering of others.'"