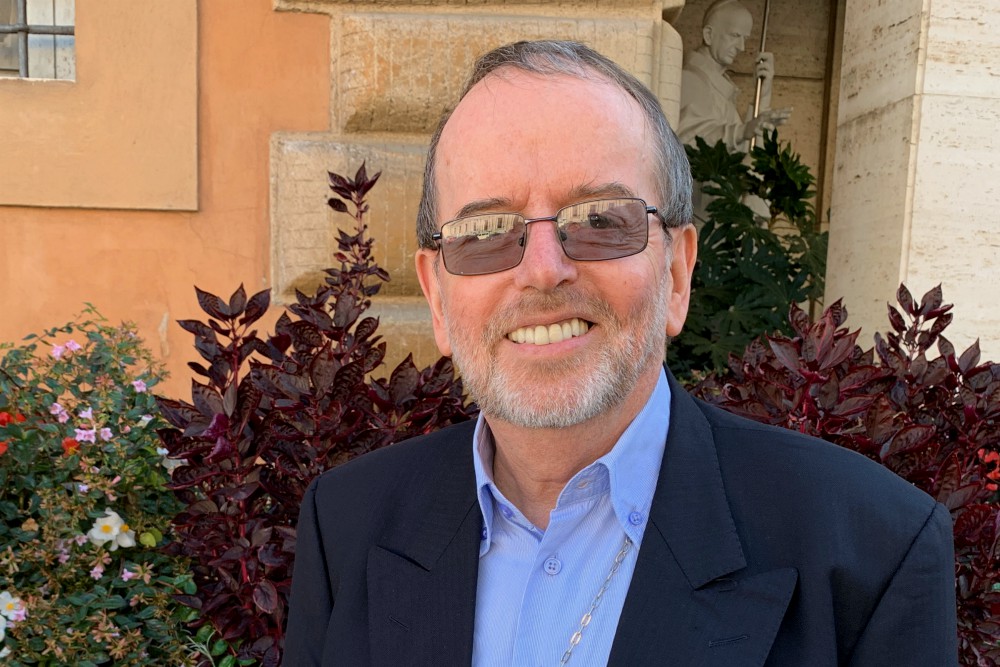 A sizeable group among the 185 Catholic prelates at the Vatican's Synod of Bishops for the Amazon approve of ordaining women as deacons in order to address a lack of ministers across the nine-nation region, said one of the participating bishops.

"There's a lot of support for it," Bishop Derek Byrne told NCR in an Oct. 17 interview. "Especially from bishops who are in this situation and who find that they just can't serve their people."

Byrne, who serves as the bishop of the rural Brazilian Diocese of Primavera do Leste-Paranatinga, characterized the feeling on the matter among the prelates at the Oct. 6-27 synod as "strong."

"There is substantial support," the bishop said later in the interview.

Although Byrne said he did not know if that support would reach the two-thirds threshold required for a matter to garner approval from the synod, he added: "I'm not the only one. I'm not paddling a canoe on my own."

The need to recognize the ministry of Catholic women in the Amazon has emerged as one of several key topics for the Amazon synod. Nine of the gathering's small working groups mentioned the matter in their Oct. 18 reports, which are expected to be used in coming days as the basis for the first draft of a possible final document from the synod.

Byrne, an Irishman who has lived in Brazil for about 25 years, said he raised the issue both in his own small group and during his four-minute speech at one of the synod's general sessions.

"The second thing that I spoke about was the role of women in the church," said the bishop. "I said we have all seen this, especially in our rural communities — they depend so much on women, and some of them are really mothers of the community, and the community wouldn't be standing if it were not for the women."

"I said that I hoped that the church would return to ordaining women deacons," said Byrne, referring to research from church historians showing abundant evidence that women served as deacons in the early centuries of the church.

"I believe that the church has given a kind of a very raw deal to women," said the bishop. "I believe the ministry of women has to be more recognized, and this would be certainly a first step in the right direction."

Byrne, 71, is a member of the St. Patrick's Missionary Society, an Irish order that was originally founded in 1932 to send priests to work in Nigeria, but that later expanded to work around the world.

Byrne spent his first six years as a priest in Brazil in the 1970s, and returned to the country in 2002. He was first named a bishop by Pope Benedict XVI in 2008, and moved to his current role by Pope Francis in 2014.

The Primavera do Leste-Paranatinga Diocese is in the western Brazilian state of Mato Grosso, which is located on the southern edge of the Amazon Rainforest and the northeast edge of the Pantanal, the world's largest wetland.

Byrne described his diocese as being about half the size of the country of Ireland, and said it takes him about six hours to reach some of his 19 parishes because of the need to travel on dirt roads.

He said he has about 30 priests to serve his Catholic population, split among his diocesan priests, religious order priests and a few on loan from other dioceses.

The bishop said the first issue he raised in his speech to the synod hall was the need to ordain married men as priests, in order to allow Catholics access to the Eucharist.

"We have people with thirst for the Eucharist and nobody to send to celebrate the Mass for them," said Byrne.

He said he spoke in favor of the idea of ordaining married men on a regional basis. "I said that the duty of the church to provide the Eucharist — I felt that this responsibility takes precedence over the law of celibacy."

The first draft of the synod's final document is expected to be presented to the gathering Oct. 21. The synod members will have opportunity to offer amendments until Oct. 26, when the final vote on the text will take place.

Among the 185 voting members of the Amazon synod are bishops, priests and one religious brother. Eighty others, including 33 women, are attending as nonvoting experts and auditors.