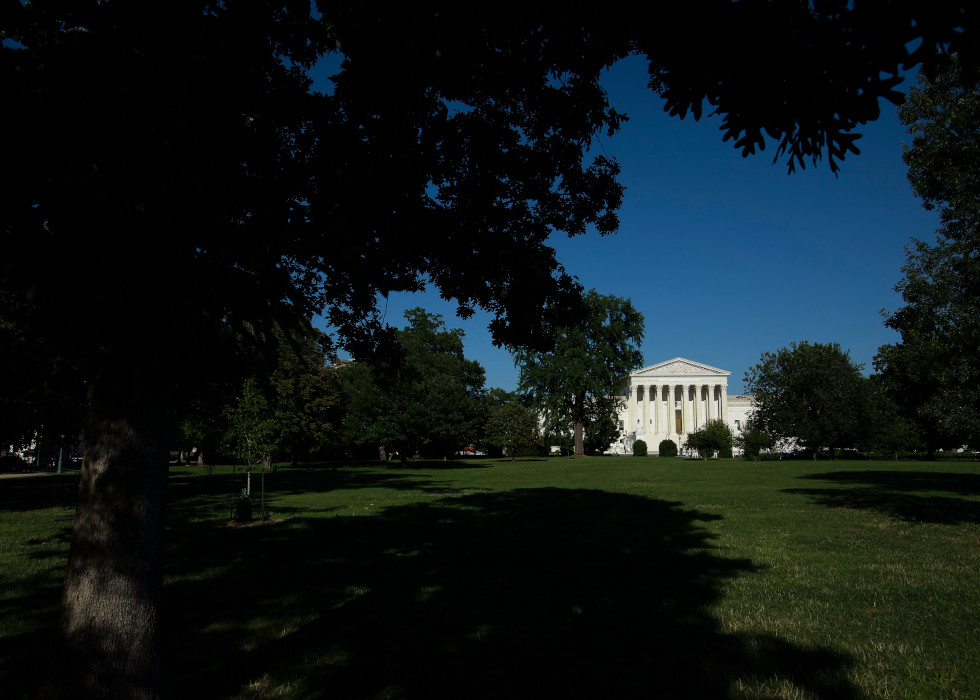 The U.S. Supreme Court is seen in Washington in this 2018 file photo. (CNS /Tyler Orsburn)

On Sept. 22, it denied an appeal to postpone the execution of William LeCroy, who had argued that his execution should be postponed to allow his longtime lead attorney to attend. The attorney has leukemia and is vulnerable to COVID-19, so could not be present for health reasons during the pandemic.

In the petition and emergency request filed Sept. 22, LeCroy's attorneys argued the prisoners had a right to have his attorney present at his execution. They also said a district court was wrong to not approve changing the execution date.

The Department of Justice said the district court denied LeCroy's motion to postpone his execution because it did not meet standards for a stay of execution. "Neither the Constitution nor any statute or regulation grants petitioner any right to an execution date that facilitates attendance by all of his [or his preferred] counsel," it said.

In a brief order, the Supreme Court similarly denied LeCroy's request to postpone the execution, with no recorded dissents. Shortly after the court's ruling, LeCroy died by lethal injection at the federal prison in Terre Haute, Indiana. In the room with him was his spiritual adviser, Sister Barbara Battista, a Sister of Providence of St. Mary of the Woods.

Christopher Vialva, 40, similarly pleaded with the Supreme Court for a delay but for different reasons. His attorneys asked the Supreme Court to halt his execution because of outstanding questions about whether federal executions need to be set by a court or can be set by the U.S. attorney general.

In an unsigned order Sept. 24, the court refused to stop his execution. He was put to death by lethal injection a few hours later, also at the Indiana federal prison.

Vialva was the first Black man to be executed since the federal government resumed federal executions this year. He was convicted for his part in a 1999 carjacking and the killing of a husband and wife in Texas who were visiting youth ministers from Iowa. Vialva was 19 at the time.

He released a YouTube video Sept. 11 pleading for a stop to his execution citing an unfair appeal process in federal death penalty cases, racial disparities on death row and his young age at the time of crime.

He said he had committed a great wrong, and he was "not making this plea as an innocent man," but as a "changed and redeemed man." 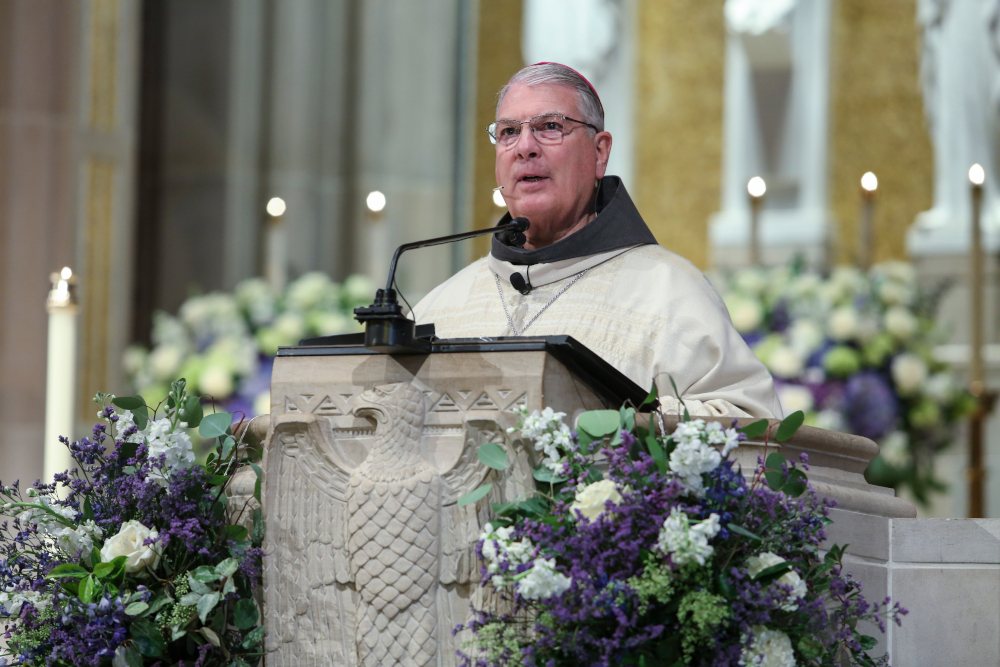 Archbishop Gregory J. Hartmayer, a Conventual Franciscan friar, delivers his first homily to the people of the Archdiocese of Atlanta via livestream May 6, 2020. "A convict who is killed never has an opportunity to repent or seek reconciliation with those he or she may have hurt. We must always leave open the door for redemption and rehabilitation," Hartmayer said in a statement. (CNS/Georgia Bulletin/Michael Alexander)

"I'm not the stupid kid I was the day I made the most desperate and tragic decision of my life," he added.

In prison, Vialva became a Messianic Jew and in recent years has regularly ministered to fellow incarcerated people, according to a report on WFIU public radio in Indiana.

LeCroy and Vialva were the sixth and seventh prisoners to be executed this year, following the resumption of federal executions after a 17-year hiatus.

The Catholic Mobilizing Network led virtual prayer vigils before both executions. At the Sept. 22 virtual prayer service, a statement written by Atlanta Archbishop Gregory J. Hartmayer was read aloud to the 215 online participants.

It said: "A convict who is killed never has an opportunity to repent or seek reconciliation with those he or she may have hurt. We must always leave open the door for redemption and rehabilitation."

In the Sept. 24 prayer vigil, a statement by Washington Archbishop William D. Gregory that was read aloud prayed for Vialva, his victims and their families and also that the nation would end its use of capital punishment, which "only serves to make each of us complicit in a new act of violence."

"Taking the life of another human being harms each one of us, defying the sanctity of human life and devaluing our worth as God's own creation. The death penalty damages our culture and turns our government into a system of retribution, when it should be a system of support and service to its people," he said.