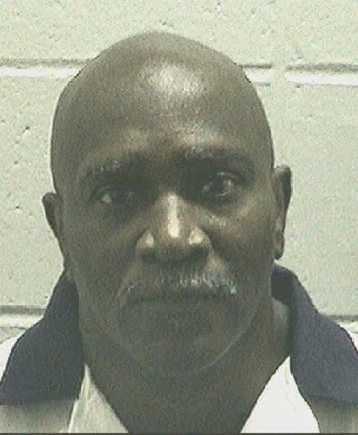 Keith Tharpe is seen in this undated photo. The Georgia death-row inmate's scheduled execution was stayed late Sept. 26 by the Supreme Court amid claims of racial bias by a juror. The court's decision came just hours before he was to have been put to death. (CNS /courtesy Georgia Department of Corrections via Reuters) See

The U.S. Supreme Court sent a death-row case back to the lower courts Jan. 8 in a summary ruling.

In a 6-3 vote, the high court ordered the federal appeals court based in Atlanta to examine claims that a juror in the case of death-row inmate Keith Tharpe voted for the death sentence because Tharpe is black.

The U.S. Supreme Court had already halted Tharpe's scheduled execution the night it was initially scheduled in September. Now the court is giving Tharpe -- convicted of killing Jacquelin Freeman, his sister-in-law, 27 years ago -- another chance to have a court hear his claims of racial bias on his sentencing.

Justice Clarence Thomas, who wrote the dissent and was joined by Justices Samuel Alito and Neil Gorsuch, said the court's unsigned opinion demonstrated "ceremonial hand-wringing" and he predicted Tharpe would lose his appeal.

The appeal stems from interviews Tharpe's legal team conducted in 1998 with Barney Gattie, a white juror. Gattie used racial slurs and said his study of the Bible led him to question "if black people even have souls," according to court filings. Gattie signed an affidavit, although he later testified that he voted to sentence Tharpe to death because of the evidence against him.

The high court's majority opinion said Gattie, who has since died, never retracted his "remarkable affidavit," which provides evidence that "Tharpe's race affected Gattie's vote for a death verdict."

Georgia courts would not consider any evidence of potential racial bias and a U.S. District Court also refused to consider that evidence. Tharpe's attorneys looked into having the District Court's ruling reopened and reconsidered, but the U.S. Court of Appeals for the 11th Circuit rejected it.

The high court's three-page Jan. 8 opinion acknowledges that even though the state court's conclusion -- that the juror's vote to impose the death penalty was not based on race was binding -- the affidavit from the juror could not just be dismissed.

"At the very least," the court's majority opinion said, "jurists of reason could debate whether Tharpe has shown by clear and convincing evidence that the state court's factual determination was wrong."

In sending the case back to lower courts to determine if Tharpe could get permission to appeal the District Court's denial of his motion to reopen his case, the justices also noted that this case faces a tough road ahead.

The opinion points out that federal courts can only reopen cases like this in "extraordinary circumstances."

In the 13-page dissenting opinion, Thomas accused his fellow justices of "bending the rules" to show "concern for racial justice" and said it further delayed justice for Freeman, "the black woman who was brutally murdered by Tharpe 27 years ago."

The Catholic Mobilizing Network to End the Use of the Death Penalty includes information about Tharpe's stayed execution on its website -- catholicsmobilizing.org -- and urges viewers to write to the Georgia State Board of Pardons and Paroles to ask for his clemency.