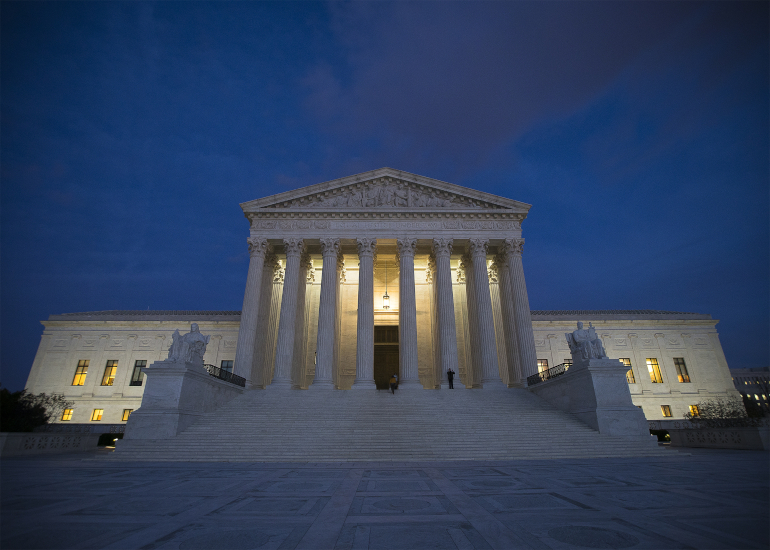 The U.S. Supreme Court in Washington is seen in this 2018 file photo. (CNS photo/Tyler Orsburn)

The Supreme Court on June 17 unanimously sided with a Catholic foster care agency that says its religious views prevent it from working with same-sex couples as foster parents. The justices said the city of Philadelphia wrongly limited its relationship with the group as a result of the agency's policy.

Philadelphia violated the Constitution in limiting its work with the agency, Catholic Social Services, the court said.

"The refusal of Philadelphia to contract with CSS for the provision of foster care services unless it agrees to certify same-sex couples as foster parents cannot survive strict scrutiny, and violates the First Amendment," Chief Justice John Roberts wrote.

Roberts said that the group "seeks only an accommodation that will allow it to continue serving the children of Philadelphia in a manner consistent with its religious beliefs; it does not seek to impose those beliefs on anyone else."

Catholic Social Services is affiliated with the Archdiocese of Philadelphia.

Philadelphia learned in 2018 from a newspaper reporter that the agency would not certify same-sex couples to become foster parents. The city has said it requires that the two dozen-plus foster care agencies it works with not to discriminate as part of their contracts. The city asked the Catholic agency to change its policy, but the group declined. As a result, Philadelphia stopped referring additional children to the agency.

There is no record that any same-sex couple has ever asked to work with the agency. In such a case, the couple would be referred to a different group, Catholic Social Services has said. Because of its beliefs, the Catholic agency also does not certify unmarried couples.