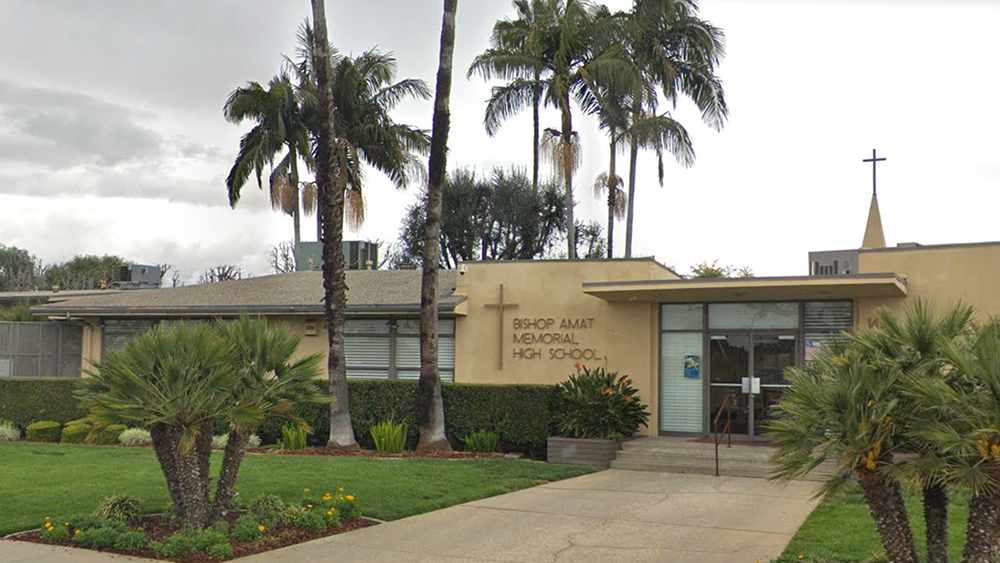 A Los Angeles County Catholic high school has made headlines after a teenage girl told BuzzFeed News that school administrators disciplined her and forced her into counseling for being gay.

High school senior Magali Rodriguez attended the co-ed Bishop Amat Memorial High School in La Puente, a city about 20 miles east of downtown Los Angeles. The high school was built in 1957 by the Archdiocese of Los Angeles to serve Catholic families of the San Gabriel Valley.

During her time at Bishop Amat, Rodriguez said she was forbidden from sitting next to her girlfriend at lunch and was forced into disciplinary meetings and counseling, according to the Nov. 7 BuzzFeed News article.

School officials threatened to out her to her parents if she didn't abide by those rules, BuzzFeed News reported.

Rodriguez tried to "get through it" during her three years at Bishop Amat but said she'd had enough her senior year of high school. She suffered anxiety while on campus, cried before school, and saw her grades suffer, according to BuzzFeed News. She decided to tell her parents and speak publicly about her experience.

"I really don't want it to happen to anybody else," she told BuzzFeed News.

In a statement — signed by Bishop Amat Principal Richard Beck and President Monsignor Aidan Carroll — officials said all students are held to the same policies "in compliance with the accepted teachings of the Catholic Church" and as described in the school's parent/student handbook. 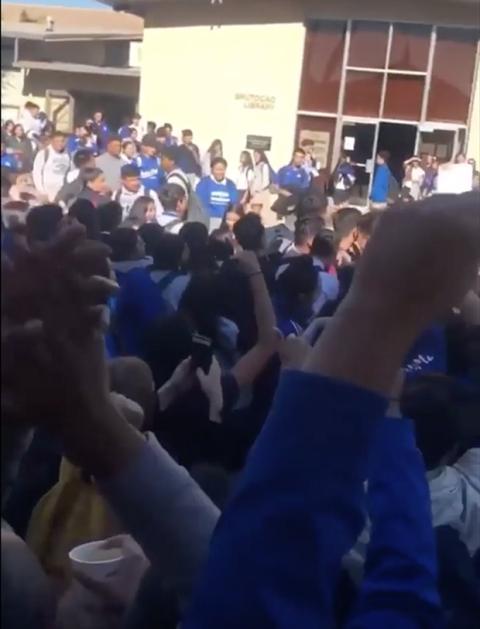 "Bishop Amat High School is committed to providing a supportive and inclusive learning environment for all students, irrespective of their sexual orientation," the statement read.

In the statement, officials said students who are involved in a relationship may "socialize appropriately on campus," but "engaging in excessive displays of affection is not permitted by any student."

Rodriguez told BuzzFeed News that because she knew some people on campus would disapprove of their relationship, she and her girlfriend did not engage in "typical high school public displays of affection."

Bishop Amat students walked out of class on Friday (Nov. 8) in support of Rodriguez, BuzzFeed reported.

In any given diocese, he said, there are going to be different styles of pastoral leadership.

DeBernardo believes there will be a time when acceptance of LGBTQ people, including youth in Catholic schools, will be universal in the Catholic Church.

However, "I think that time is a long time away," he said.

"As the culture changes, the schools will change," DeBernardo said.

"If the schools don't change, they're going to close, because more and more Catholic youth and students generally are becoming pro-LGBTQ," he added.

Rodriguez's parents took her out of the school when they found out about their daughter's experiences there. She wrote her parents a letter revealing what she had gone through at the school.

"It sounded like a suicide letter," her father, Nicolas Rodriguez, told BuzzFeed News. "It was a huge cry for help."

He also spoke to NBC Los Angeles, which identified him as an officer with the Los Angeles Police Department: "We want anybody, whatever they are, to be safe in that environment or to feel free," he said. "That's high school. They're still kids."

Magali Rodriguez will be finishing the year at another high school.