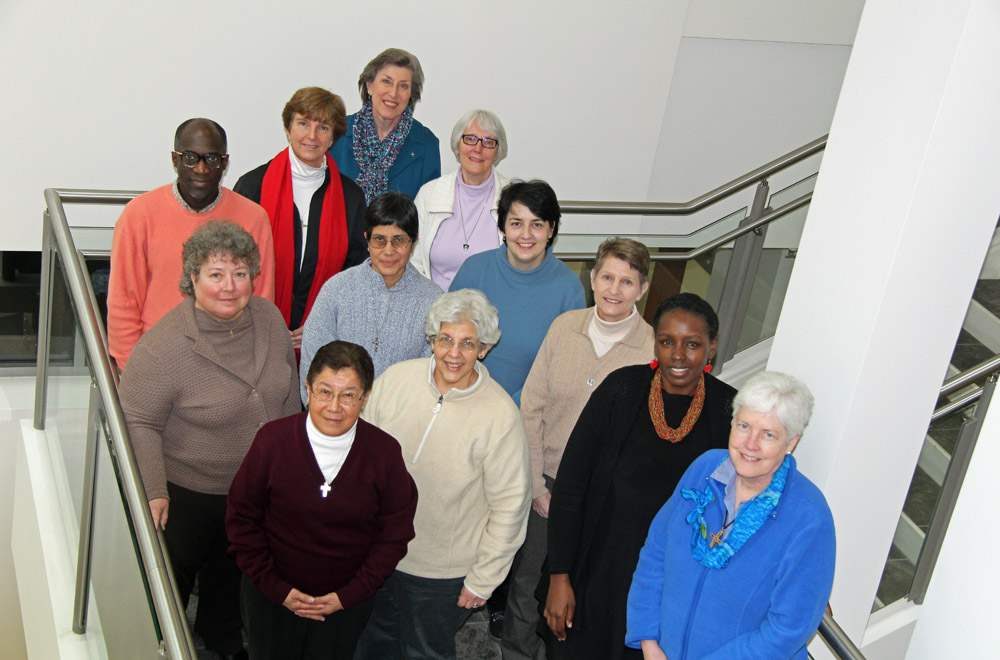 Newer members of religious communities aren't often accompanied by a large cohort as they each go through an order's formation process, on the way to making final vows as a Catholic sister or brother.

"As a newer member coming in, I think all of us bemoan the lack of companions on the journey," said Mumbi Kigutha, a Sister of the Precious Blood.* "Very few are lucky to join with somebody else at the same time."

But that doesn't mean newer religious have to be alone, Kigutha added. A new program, Together: A Collaborative for Theological Education, Formation, and Community, is intended to help Catholic sisters and brothers deepen their connections and support each other's formation. The program is sponsored by Catholic Theological Union in Chicago and the Religious Formation Conference.

Kigutha is a member of Together's visioning team and will also be part of its pilot class this fall. The program, funded by a grant from the GHR Foundation, is open to sisters and brothers who have completed their novitiate year but have yet to make final vows.

Although only four or five people will participate in the pilot beginning Aug. 27, about as many are already interested in joining the following year. Ellen Dauwer, a Sister of Charity of St. Elizabeth and executive director of the Religious Formation Conference, who has headed Together's planning, said she is eventually hoping for an incoming class of about 10 each year.

Participants must study at Catholic Theological Union and are encouraged to complete master's degrees and remain in the program for two or three years, said Dauwer, meaning there may eventually be up to 20 people total in Together any given year.

Members of the program will live together in a wing of a Catholic Theological Union residence hall, sharing in prayer and meals. Formation, which could include speakers, theological reflection or other activities, will likely take place during Thursday "community nights," with content partially determined by current Together members, Dauwer said. 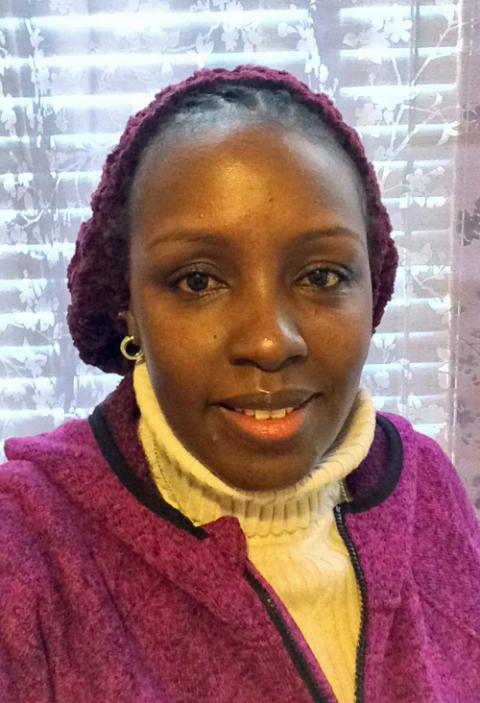 Mumbi Kigutha, a Sister of the Precious Blood, is pictured Feb. 24. (Provided photo)

As someone who will be part of the community herself, Kigutha advocated for a participatory approach to structuring Together.

"People coming into religious life right now tend to be a bit older, so they have their own idea of what community is" and have prior experience with community living, she said. "A part of forming community is up to the individuals to decide what community means to them and how they want to do it, as opposed to creating a framework and trying to make them fit into it."

Kigutha, who is from Kenya, said she also emphasized the needs of international students and the importance of hiring a program coordinator who is culturally sensitive. Both Dauwer and Kigutha said they expected diversity to be a major characteristic, and a major advantage, of Together.

"I'm a big advocate of diversity in different ways," Dauwer said. "Whether it's ethnic or racial or gender or congregations or ages … I think we can learn a lot in similarity but sometimes we can learn more in differences."

Although participants won't be focused on studying their specific order's charism, as they were during their novitiate year, interacting with others from different communities could help them understand their own tradition better, Dauwer added.

"It's kind of like when you go to teach you learn something even more," she said. "When you go to explain your charism to other people, you continue to learn more about it. So they're not going to be formally studying more about their own individual charism but they'll be learning it more informally with each other."

One of Kigutha's main hopes for her time in Together is to "learn more about the diversity that is God's beauty in this world, because by living with people who are so different, we show in a world that is increasingly individualistic that there is a beauty to living in community and witnessing to that truth."

In the past, sisters have found community through intercommunity novitiate programs or organizations such as Giving Voice, Kigutha said, but Together brings in male religious as well, and will help form deeper bonds that come from living together, and that could foster future cooperation.

"The future of religious life in this country is collaborative," Kigutha said, "and I'm hoping this will be the genesis of more collaboration."

A version of this story appeared in the Aug 24-Sept 6, 2018 print issue under the headline: Program builds bonds among new religious.