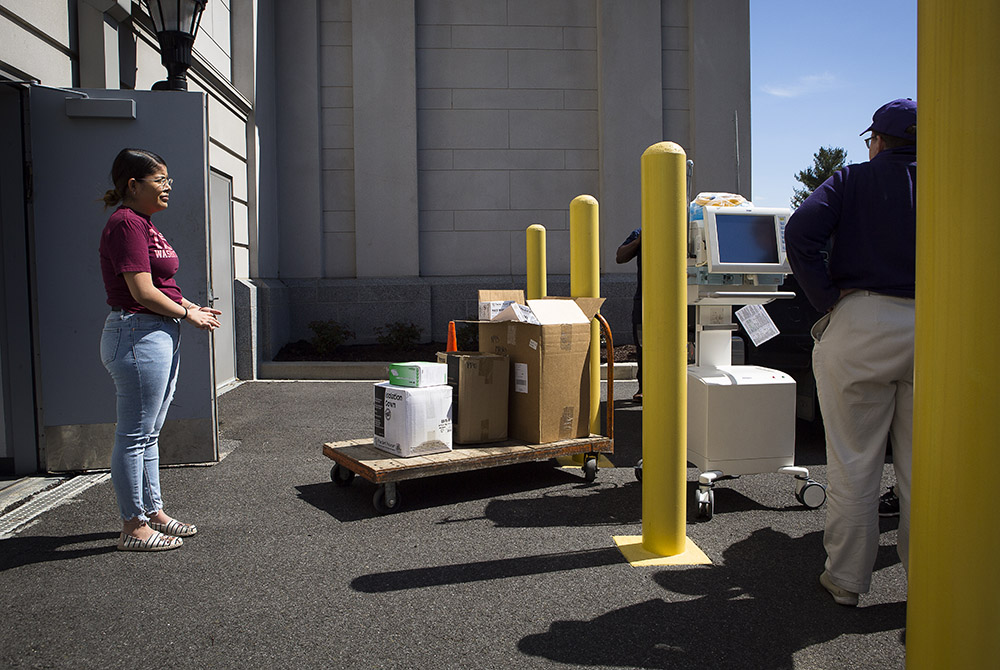 News of life-saving ventilators being rationed, hospitals issuing blanket "Do Not Resuscitate" orders and politicians suggesting that some human lives are expendable in service of the economy have highlighted the importance of an ethical framework for decision-making during the coronavirus pandemic.

What used to be theoretical, textbook exercises have become real-life dilemmas for overburdened or soon-to-be-overburdened health care systems.

But Catholic bioethicists say clinical triage decisions, while important, are only part of a number of broader ethical concerns, including preventative strategies such as paid sick leave, truthful communication from political leaders and assistance with payment for testing and treatment.

Concern for the common good and for the most vulnerable populations become even more urgent during a pandemic, Catholic ethicists told NCR. And preparedness and prevention are as much moral issues as are end-of-life decisions.

Nearly 1,400 bioethicists and health leaders said as much in a letter to the White House and U.S. Congress dated March 21. The letter was organized by the New York-based Hastings Center, a bioethics research institute, and included a number of prominent Catholic signatories.

The letter demanded more government action to "enhance the public's health, protect the health of individuals, especially the vulnerable, and preserve the nation's vitality."

It urged the federal government to ensure the manufacture and distribution of needed supplies, commit to payment for COVID-19 care and treatment, and build a comprehensive, trustworthy communication strategy. Vulnerable populations such as those who are homeless or in prisons and immigrant detention centers must be a priority, the letter said.

"Responses to pandemics reveal the values and beliefs of a nation," the letter said. "Our belief in the equal worth of all persons compels these recommendations, but so too does a more utilitarian calculus, that recognizes that if we fail to protect others, our own safety and the nation's vitality are jeopardized."

The letter added: "Ethics requires that moral agents act to prevent preventable harms, that we recognize the equal worth of all members of society, and that we take special care of the most vulnerable among us." 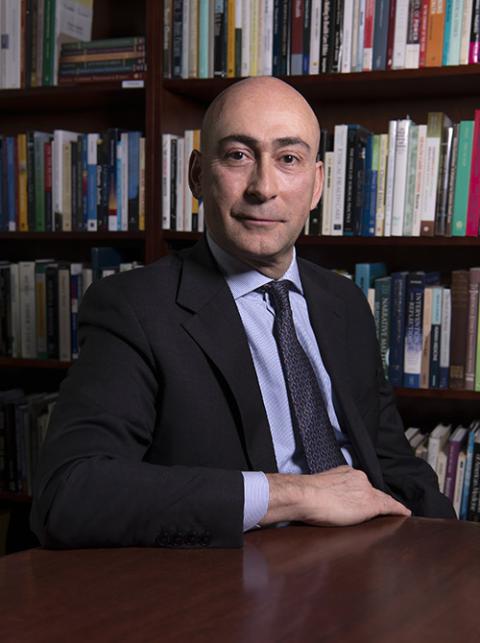 Jesuit Fr. Andrea Vicini, professor of moral theology at Boston College, said the pandemic is a reminder that health is a social good. (Boston College/Lee Pellegrini)

A pandemic such as the COVID-19 one is a reminder that health is not an individual good but a social one, said Jesuit Fr. Andrea Vicini, a medical doctor and professor of moral theology at Boston College.

Although the Hastings Center letter did not use the Catholic language of "the common good," its broader vision of justice in the face of the pandemic is helpful, said Vicini, who signed the document. "By helping to address the specifics of this situation, we want to continue to implement the vision of what type of society we want and how to care for humanity."

Despite the need for a broader, societal view of justice during a pandemic, reports from Europe of the need to reserve life-saving ventilators for younger patients — and, according to NBC News, concerns that "ventilator-rationing plans or proposals in Alabama and Washington state would discriminate against the disabled" — have ethicists concerned about the immorality of discrimination during the crisis.

Asking why the United States was not more prepared for a pandemic is a fair moral question, but so is questioning the criteria by which any triage or rationing decisions will be made if there is not the ability to help everyone.

"In pandemics, especially when resources are scarce, the paradigm becomes more complex. Health care providers must make tragic allocation choices with life and death consequences. There is a large bioethics literature on how to approach triage decisions, and bioethicists are well trained in guiding health care professionals and health systems as they confront heart-wrenching choices," the Hastings letter said.

"The fact is that life-saving essential medicine or therapy are often not available to everyone, and so the church has been engaged in different forms of triage, a kind of rationing, from the beginning of modern medicine," he said.

Benson compares the decisions to be made about ventilators to those about transplants, where the demand for organs also exceeds supply. "It's not a first-come, first-serve decision," he said, "but rather who is most likely to be able to utilize this so it can be a life-saving measure."

But, as is the case in transplants, the decision about which COVID-19 patients are put on ventilators — or sadly, who must be removed from one — must be a medical one, based on a complete evaluation of the patient's medical condition and prognosis for eventual recovery, not on ability to pay, status or celebrity, ethicists said.

"To do that in a just way, we need to apply the same standards to all patients," such as the Sequential Organ Failure Assessment (SOFA) score, said Brian Kane, senior director of ethics at the Catholic Health Association.

Even before the coronavirus pandemic, medical personnel took into account a patient's prognosis as well as any advance directives they may have put in place about their end-of-life care before deciding to use ventilators or other invasive procedures. 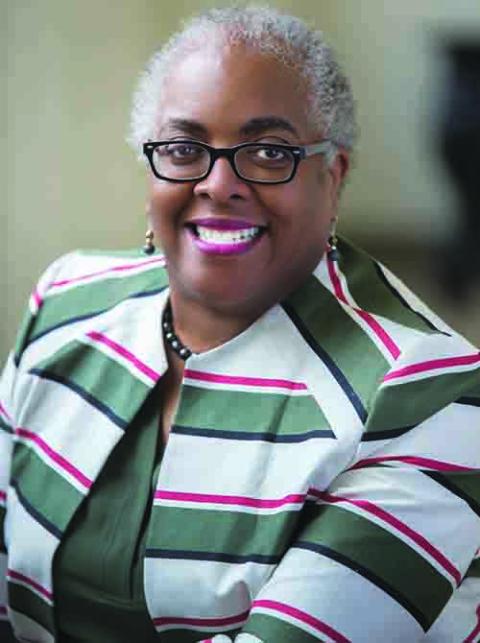 Shawnee Daniels-Sykes, professor of theology at Mount Mary University, Milwaukee, said even before the coronavirus pandemic, a patient’s prognosis as well as any advance directives about their end-of-life care must be taken into account before deciding to use ventilators or other invasive procedures. (Mount Mary University)

"Because of the development of science and technology, there are lot of things used to prolong life, and there may be an expectation that their use is automatic," said Shawnee Daniels-Sykes, professor of theology at Mount Mary University in Milwaukee. "But just because equipment is there does not necessarily mean we have to use them."

What Catholic teaching used to call "ordinary" and "extraordinary" means are now referred to as "proportional" and "disproportional," but the gist is the same: patients may refuse treatment if they judge the physical, spiritual or financial burdens to exceed the benefit, according to a 1980 document from the Congregation for the Doctrine of the Faith.

When those decisions have to be made by a medical team — especially in the midst of a pandemic — they should be guided by ethical directives, such as one released March 23 through the New England Journal of Medicine, titled "Fair Allocation of Scarce Medical Resources in the Time of Covid-19," which calls for trying to maximize benefits for the most people while treating everyone equally. It also considers the necessity of prioritizing health care workers.

The bishops argued that good stewardship of resources must serve the common good, without any discrimination based on disabilities, financial resources, age, immigration status or race.

"Foremost in our approach to limited resources is to always keep in mind the dignity of each person and our obligation to care for the sick and dying," the bishops statement said. "Such care, however, will require patients, their families, and medical professionals to work together in weighing the benefits and burdens of care, the needs and safety of everyone, and how to distribute resources in a prudent, just, and unbiased way."

Although Catholic moral teaching allows for some utilitarian decisions — maximizing the most benefit for the most people — Catholic ethicists caution against a purely utilitarian calculus that doesn't include the dignity of all people. Pope Francis has criticized a similar utilitarianism in economic decision-making that prioritizes profit over people.

"Although we do weigh the consequences in moral decision-making, we do draw certain lines that we will not cross, regardless of the consequences," said Tobias Winright, associate professor of health care ethics and theological ethics at St. Louis University. "The end does not justify the means. The means must be good and the end must be good."

Any discrimination based on age, disability or wealth would be immoral, said Winright and other bioethicists interviewed by NCR. A patient's age may be part of a medical evaluation, but it cannot in itself be a sufficient criterion for refusing treatment, Winright said.

Fewer difficult moral decisions around triage and rationing would need to be made if public health justice issues were better addressed, according to Hille Haker, a professor of ethics at Loyola University Chicago.

Haker believes church leaders could be doing more, during this pandemic, to communicate the importance of Catholic teachings, such as the virtues of prudence and solidarity, especially to counter the narrative of "social Darwinism" in which some lives are seen as less valuable than others.

She also cautions against a misinterpretation of the Catholic principle of the "common good" if used in a utilitarian way to dismiss individual rights. 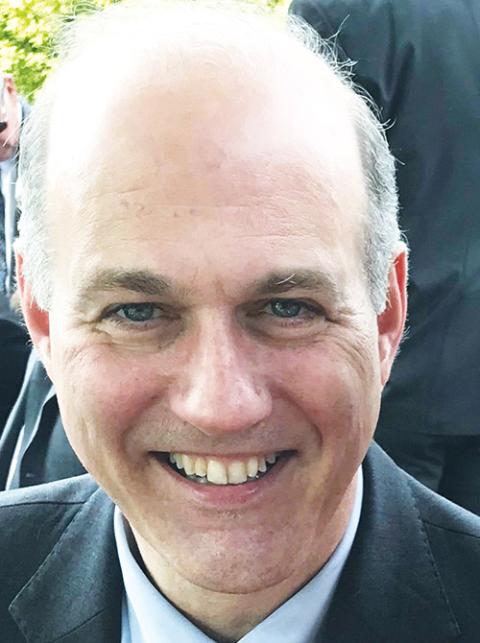 Yet some ethicists are hopeful that issues raised by the coronavirus pandemic may broaden attention to Catholic ethics beyond the narrow focus on sexual ethics to include the social goals of medicine, as articulated in the Ethical and Religious Directives for Catholic Health Care Services or in the U.S. bishops' 1993 statement on health care, which declared health care a human right.

Kane, from the Catholic Health Association, hopes it prompts a larger conversation, not only about pandemics, but also about shifting some resources from acute care during the last six months of life, to taking care of the health of a whole population, especially those already disadvantaged by poverty.

"Catholic health care has emphasized how we want to get people before they need acute care," Kane said. "We want to provide the conditions by which everyone is able to be as healthy as they can be."

The global emergency of COVID-19 could also bring attention to the extreme health conditions faced by vulnerable people around the world, especially refugees and those in the global south, where people live in tents with a dozen other people and have no soap with which to wash their hands, Vicini said.

"We are going to see a tragedy under our eyes," he said. "Can we place global public health at the top of the agenda now? Surely, it's a part of a vision of justice."

This story appears in the Coronavirus feature series. View the full series.
A version of this story appeared in the April 17-30, 2020 print issue under the headline: Pandemic ethics go beyond triage.