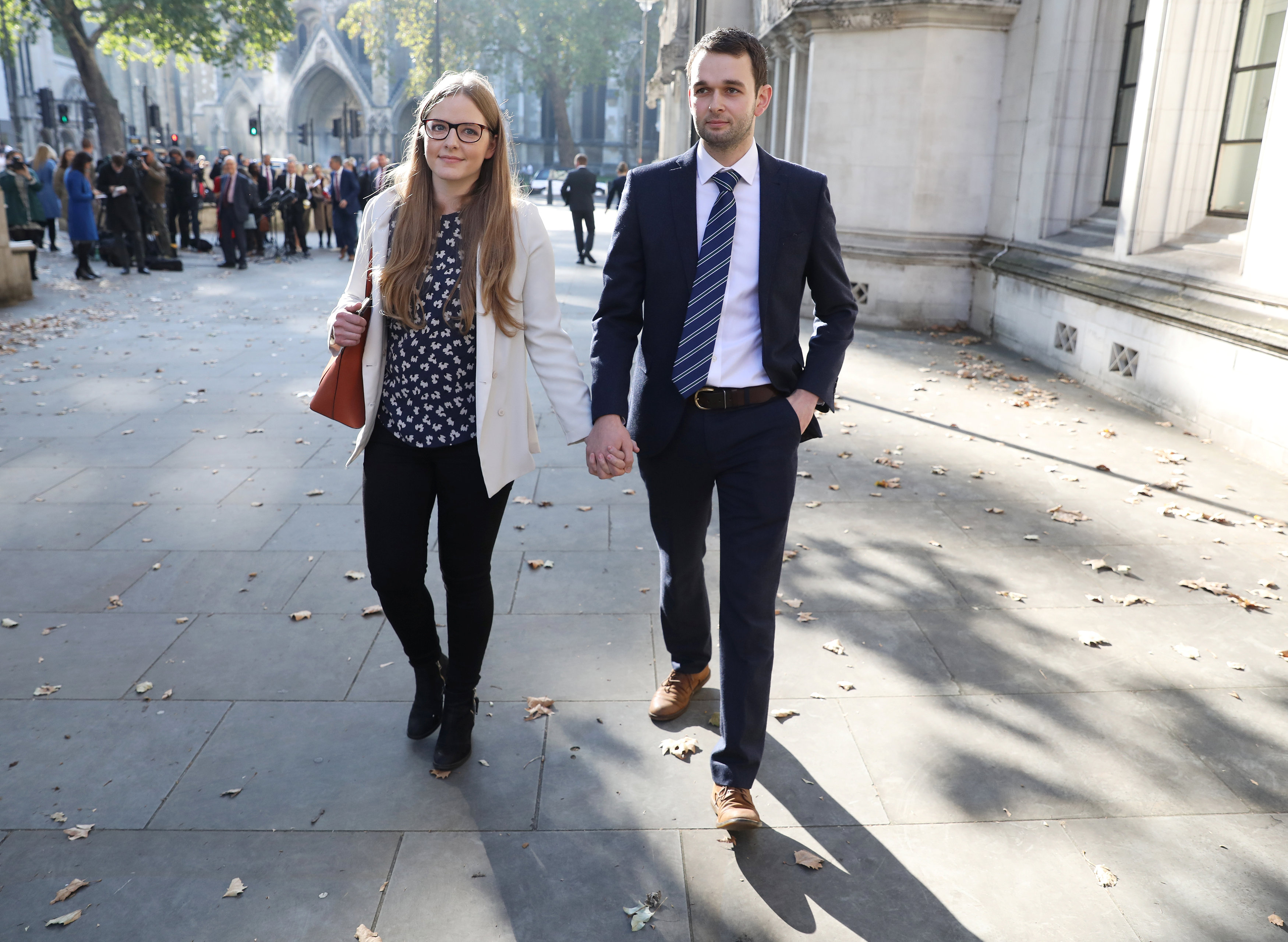 Daniel and Amy McArthur, owners of Ashers bakery in Belfast, Northern Ireland, leave the Supreme Court in London Oct. 10. The court upheld their right to refuse to make a cake emblazoned with a slogan in support of same-sex marriage. (CNS/Reuters/Simon Dawson)

The United Kingdom's Supreme Court has upheld the right of a bakery to refuse to make a cake emblazoned with a slogan in support of same-sex marriage.

In a unanimous ruling, five judges overturned a series of decisions by the lower courts to conclude that "nobody should be forced to have or express a political opinion in which he does not believe."

The decision settles a case brought by Gareth Lee of the LGBT group QueerSpace in June 2014 against Ashers bakers, which is based in Northern Ireland, the only part of the U.K. in which same-sex marriage is illegal.

The bakery, owned by a Christian family, had turned down Lee's request to make a cake depicting Bert and Ernie, the Sesame Street puppets, and a slogan stating: "Support Gay Marriage."

Judge Brenda Hale, court president, made a distinction between the withholding of services from a person on the grounds they are gay and the refusal to promote political opinions the service provider does not share.

"It is deeply humiliating, and an affront to human dignity, to deny someone a service because of that person's race, gender, disability, sexual orientation, religion or belief. But that is not what happened in this case," she said giving the judgment in court in London Oct. 10.

"As to Mr. Lee's claim based on sexual discrimination, the bakers did not refuse to fulfil his order because of his sexual orientation -- they would have refused to make such a cake for any customer, irrespective of their sexual orientation," she added.

According to U.K. media reports, the case has cost an estimated £500,000 (US$660,000), but the Equality Commission of Northern Ireland, a government body, had used public funds to pay for Lee to pursue the bakery through the courts.

Afterward, Lee said in a statement outside the court that the refusal of Ashers to make his cake "made me feel like a second-class citizen, and the judgment today tells me that that is OK."

Daniel and Amy McArthur, the owners of the bakery, also issued a statement outside the court, saying they were "grateful to the judges and especially grateful to God."

"I know a lot of people will be glad to hear this ruling today, because this ruling protects freedom of speech and freedom of conscience for everyone," he said, adding: "We want to move on from this now, and I'm sure Mr. Lee does too. ... Let me just finish by saying that he will always be welcome at any of our shops."

The case bears similarities to one in the U.S. that involved a Colorado baker who refused to make a cake for a same-sex couple.

In a 7-2 decision, the U.S. Supreme Court ruled that the Colorado Civil Rights Commission had violated the constitution's protection of religious freedom in ruling against the baker, Jack Phillips, a Christian who said his beliefs would not allow him to create a cake honoring the marriage of Charlie Craig and David Mullins.

Appeals in similar cases in the U.S. are pending, including another case at the Supreme Court from a florist who did not want to provide flowers for a same-sex wedding.