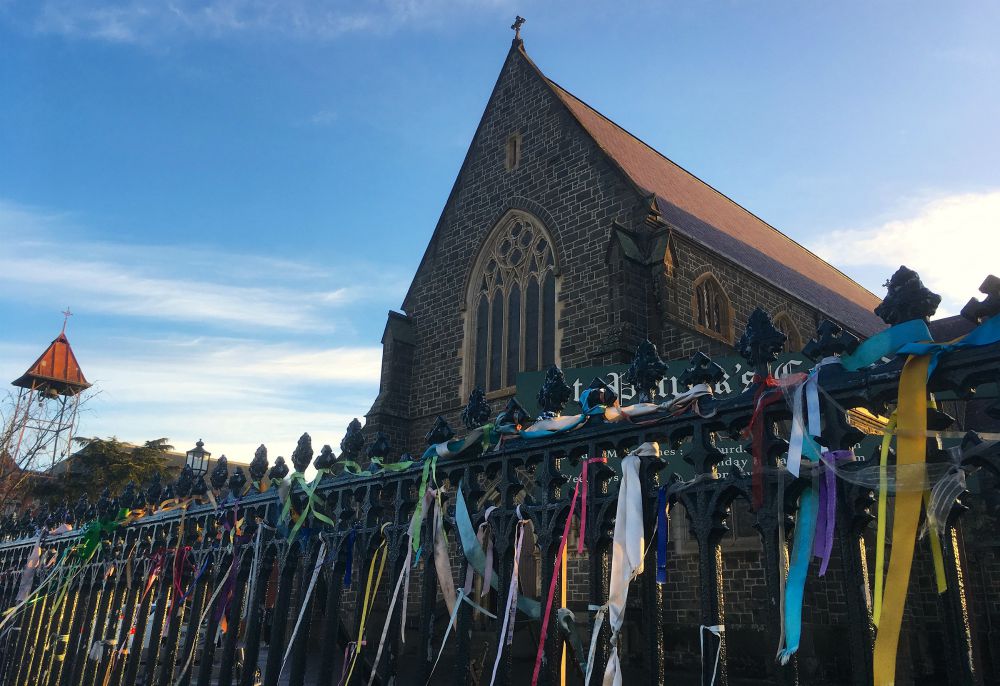 Ribbons hang on the fence outside St. Patrick's Cathedral in Ballarat, Australia, July 23. The gesture is to remember victims of Catholic Church abuse. (CNS/Reuters/Byron Kaye)

The most comprehensive report ever published on the systemic reasons behind child sexual abuse in the Catholic Church has recently been released.

The August 2017 report, Child Sexual Abuse in the Catholic Church: An Interpretive Review of the Literature and Public Inquiry Reports, examined 26 commissions of inquiry, scientific research and literature since 1985 to find common features in the culture, history and structures of the church and the psychological, social and theological factors that contributed to the tragedy.

The report, five years in the making, comes from a research team at the Centre for Global Research at the Royal Melbourne Institute of Technology (RMIT) University headed by Desmond Cahill and Peter Wilkinson.

The research team's conclusions in this highly readable 379-page document confirm the view of the psychologist Philip Zimbardo that if you find many bad apples in a barrel, there has to be something wrong with the barrel. The pattern of abuse and cover up was the same all over the world.

Cahill is a psychologist and professor emeritus of RMIT University, and Wilkinson holds a licentiate and doctorate in missiology from the Pontifical Gregorian University in Rome. Both are former Catholic priests, Cahill of the Melbourne Archdiocese and Wilkinson formerly with the Missionary Society of St. Columban.

The authors were also consultants to the Australian Royal Commission into Institutional Responses to Child Sexual Abuse in 2015, and that commission's findings to date are peppered throughout the report.

While the terms of reference of the Australian Royal Commission confined its inquiry to Australia, the authors look at a much broader context of an international church that is operating throughout the world, and indeed growing in some places, particularly Africa.

The incidence of abuse in Australia has dropped significantly over the last 30 years, but then many of the systemic features that provided opportunities for abuse have declined or disappeared: the fall in the number of priests and religious; Catholic schools now staffed almost exclusively by lay people; the collapse of the altar boy system; and the church's withdrawal from boarding schools and orphanages. That is not the case overseas. The church still runs 9,492 orphanages throughout the world, most of them in underdeveloped countries.

The report provides a detailed history of how the church from its earliest times regarded child sexual abuse as a sin, punishable in the next life, but by the Fourth century it was also seen as a crime punishable by imprisonment, as a minimum. That tradition was turned on its head when the 1917 Code of Canon Law abrogated seven papal and church council decrees that required clerics who abused children to be handed over to the civil authorities. Five years later, in 1922, Pope Pius XI (1922-39) issued his instruction, Crimen Sollicitationis requiring all information about child sexual abuse to be subject to the strictest secrecy.

There were a number of reasons for this radical change: The church had decided that it was a "perfect society" that did not need any assistance from the state; priests were ontologically changed and should not be treated like common criminals; clergy might not receive fair trials because of anti-clericalism; the invention of radio whereby scandal could spread at the speed of light.

The authors also point to another factor: since the early Middle Ages, the church has had a problem with priests soliciting sex in the confessional. Papal and council decrees in 1227, 1622 and 1741 condemned the practice. The Inquisition dealt with many cases of solicitation, most of them with women, sometimes men, but rarely young children because confession was only available to Catholics after the age of 12-14. Pius X (1903-14) lowered the age to 7, thus providing pedophiles with new opportunities.

Pius XI adopted a two-pronged approach to ward off potential scandals. He issued new regulations for screening candidates for the priesthood, and if a "bad apple" did slip through, he imposed the church's highest form of secrecy over all information about his abuse. That policy was confirmed and expanded by every pope since. It is still imposed by Art. 30 of Sacramentorum Sanctitatis Tutela of John Paul II, as revised by Benedict XVI in 2010.

Despite canon law's requirements prior to 1917, the founder of the Piarist Order, St. Joseph Calasanz (1557–1648), ironically still the patron saint of Catholic schools, covered up the serial abuse of several of his senior priests for the usual reason that he did not wish to tarnish his order's reputation. Some recent founders of religious orders, such as Marcial Maciel in Mexico and John Sweeney in Australia, were themselves abusers. 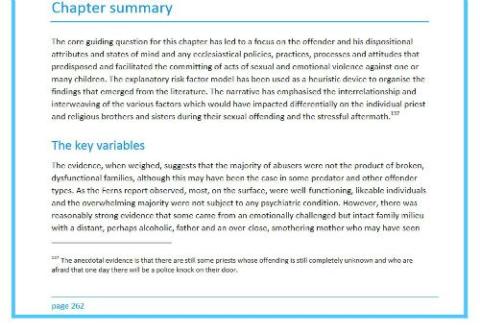 Clip of chapter summary page of the August 2017 "Child Sexual Abuse in the Catholic Church: An Interpretive Review of the Literature and Public Inquiry Reports"

Australia's first bishop, Sydney's Archbishop John Bede Polding (1794-1877), had a problem with several priest abusers under his charge. The claim by the Australian hierarchy that they did not know about such abuse until the late 1980s, and that they have been on a "learning curve" since then, is conclusively refuted.

Synthesizing what has come before

The report sets out the conclusions of all the most important inquiries both by the church and independent bodies in Ireland, the United States, Australia and Europe, including some that are not so well known, such as the Deetman Commission in the Netherlands.

It details the history of priestly formation, particularly from the time of the Council of Trent, where the policy was to take young boys away from their families and put them into minor seminaries. This turned out to be a disaster, giving rise to a much greater likelihood of sexually and psychologically immature priests becoming fixated on children.

The prevalence of sexual abuse within Australian Catholic institutions is compared with other countries. The Australian Royal Commission has come up with figures of 7 percent for diocesan priests being abusers as against the 4.3 percent in the United States as revealed by the John Jay report. The authors of the new interpretive review have some misgivings about the accuracy of the John Jay figures, given that they were derived from responses from the American bishops rather than from the production of documents on which the Dutch, Irish and Australian inquiries relied. There were differences in patterns of abuse between diocesan priests, religious priests and the teaching orders, and between different dioceses. The authors provide plausible explanations for these differences. 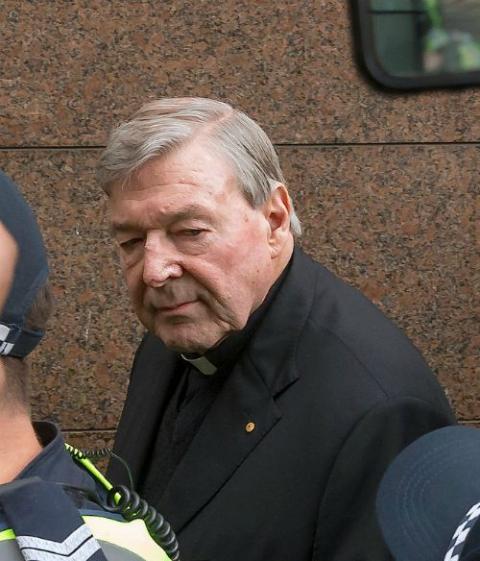 The report rejects the claim that the outbreak of child sexual abuse in the 1960s and 1970s was a direct result of the Second Vatican Council and the sexual revolution, as some have claimed.* Rather they were amongst many contributing factors. It also examines various theological and pastoral factors, including "cheap forgiveness" through confession. Despite claims by church spokesmen that the seal of the confessional is inviolable, the authors point out that this has not always been the case.

The report examines in some detail the profiles of the abusing priests and concludes that while celibacy is not of itself a cause of child sexual abuse, it is the major risk factor when combined with poor psychosexual development through the seminary system. The psychological studies have found that homosexuality as such is not the cause of abuse, but when gay seminarians do not come to terms with their orientation in the church's closed homophobic environment, it is more difficult for them to become psychosexually mature enough to resist opportunities with minors.

The report is critical of the church's reliance on secrecy and its antiquated governance structures, including the lack of women in positions of authority. Bishops are effectively monarchs in their own dioceses, and the only restraint on them is canon law. This has caused difficulties when a problem requires a national approach. Archbishop George Pell's refusal to join with his fellow Australian bishops in their 1996 sexual abuse protocol, Towards Healing is the most significant example of this. Canon law does provide for such a national approach, but it requires the approval of the Holy See, something that has rarely been given with child sexual abuse protocols.

The authors criticize the Australian bishops for failing to put in place an education and training strategy about child sexual abuse. While individual dioceses and parishes may have such strategies in place, there are no published figures as are provided by the church in the United States, the United Kingdom and Ireland.

The report calls for significant rethinking of many aspects of the church's culture and practice, including its structures and secrecy under canon law, clericalism, sexual morality, the theology of the priesthood and seminary training.

Cahill, Wilkinson and their research team at RMIT University have created a very professional and thoroughly readable synthesis of all the relevant information about child sexual abuse in the Catholic church. The reader is presented with a convincing insight into why the church stumbled so badly over this issue.

* This sentence has been clarified from an earlier version.