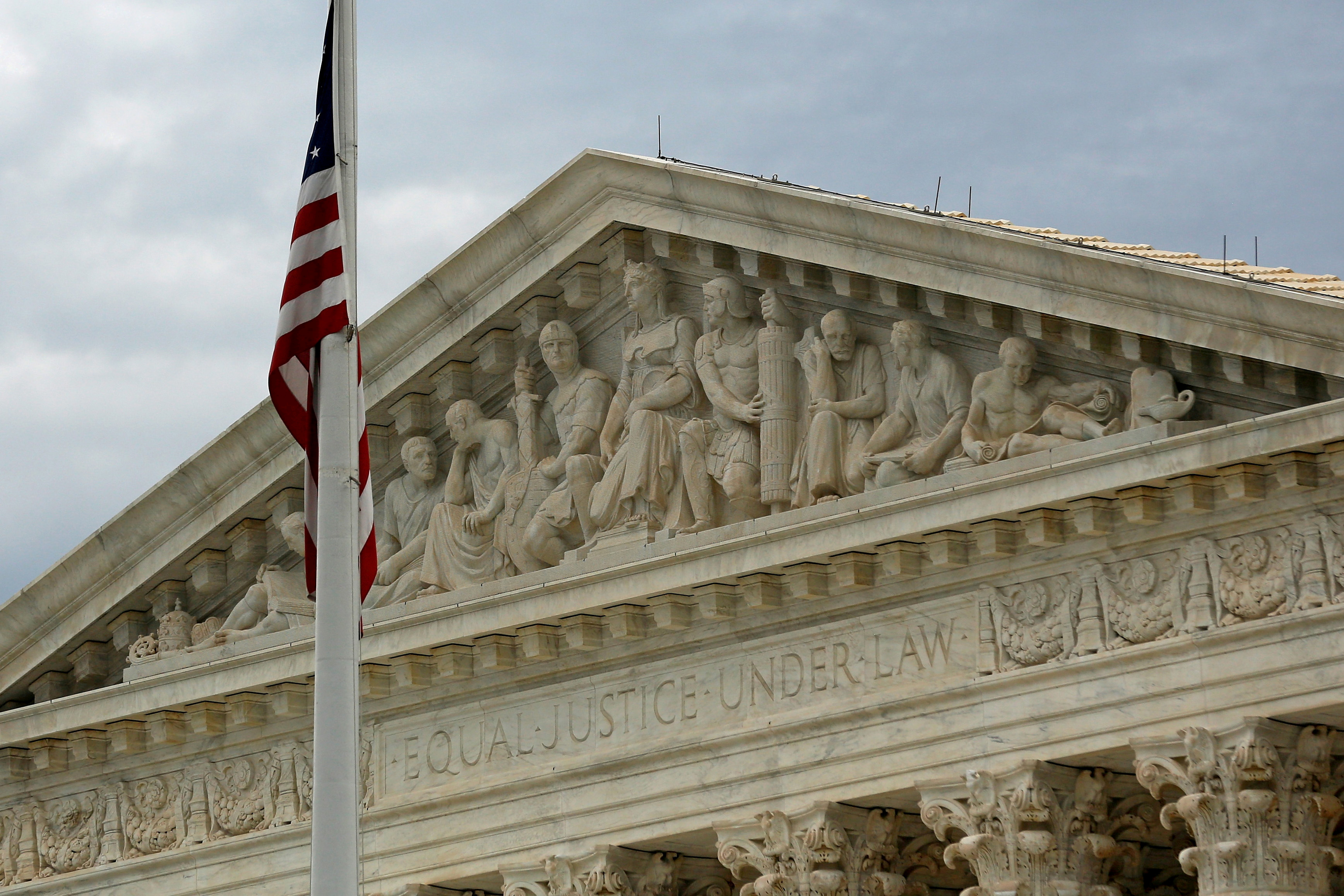 A view of the U.S. Supreme Court building in Washington is seen in this 2015 file photo. (CNS/Reuters/Jonathan Ernst)

In the last case before the U.S. Supreme Court this session, it seemed the majority of justices might uphold President Donald Trump's travel ban on people from several Muslim-majority countries.

The challengers to the ban -- Hawaii, several individuals and a Muslim group -- have argued that Trump's policy was motivated by his antagonism toward Muslims and it violates federal immigration law and the U.S. Constitution's prohibition on the government favoring one religion over another.

Trump's campaign pledges, including one where he called for a "a total and complete shutdown of Muslims entering the United States," were raised in court, but Solicitor General Noel Francisco said these comments should not influence the justices because they were made before Trump was president.

Francisco stressed that Trump's basis for the travel ban was a result of concerns about national security and not personal beliefs.

"No matter what standard you apply, this proclamation is constitutional," he added.

Justice Samuel Alito said the travel ban didn't look "like a Muslim ban" as some have labeled it, saying it "only applies to about 8 percent of the world's Muslims."

But Justice Sonia Sotomayor asked: "Where does the president get the authority to do more than Congress has already decided is adequate" in national security measures. Francisco's response, in short, was that the country's immigration laws provide the executive branch broad authority to decide who can enter the country.

Trump has said the travel ban is necessary to protect the United States from terrorism by Islamic militants. Its current version is indefinite and applies to travelers from five countries with predominantly Muslim populations: Iran, Libya, Somalia, Syria and Yemen. It also blocks travelers from non-Muslim countries: North Korea and some Venezuelan government officials and their families.

Trump's first travel ban, issued right after he took office, was blocked by several U.S. courts. A few months later, a second version of the ban was similarly blocked by several lower courts but the Supreme Court voted last December to allow the policy to take effect until it heard oral arguments about it.

Catholic Church leaders have expressed their objection to the travel ban.

An amicus brief filed March 30 by the U.S. Conference of Catholic Bishop, Catholic Charities USA and Catholic Legal Immigration Network said the ban singles out "populations of six overwhelmingly Muslim nations for sweeping immigration restrictions" that do not exist elsewhere in the world.

The brief said the president's order showed "blatant religious discrimination," which is "repugnant to the Catholic faith, core American values, and the United States Constitution." It also said the Supreme Court should relegate the order "to the dustbin of history, so it will do no further harm."

The Catholic groups noted that Trump's action poses a major threat to religious liberty and also fails the basic test of religious neutrality. If it stands, they said, it will prevent countless refugees from escaping persecution and starting a new life in this country with the help of church resettlement agencies.

Before, during and after the oral arguments, about 100 demonstrators gathered outside the Supreme Court on the rainy spring morning holding up signs saying: "Refugees Welcome" and "No Muslim Ban" The fairly small crowd should not belie the interest in this case, which received friend of the court briefs from Mormon history and legal scholars, a group of U.S art museums, and Khizr Khan, the Gold Star father who criticized Trump at the 2016 Democratic National Convention.

Anticipating the interest in the case, the court announced in mid-April that it would make the audio of the oral argument available shortly after the court session was over instead of at the end of the week when audios are normally released.

A ruling in this case is expected in late June.