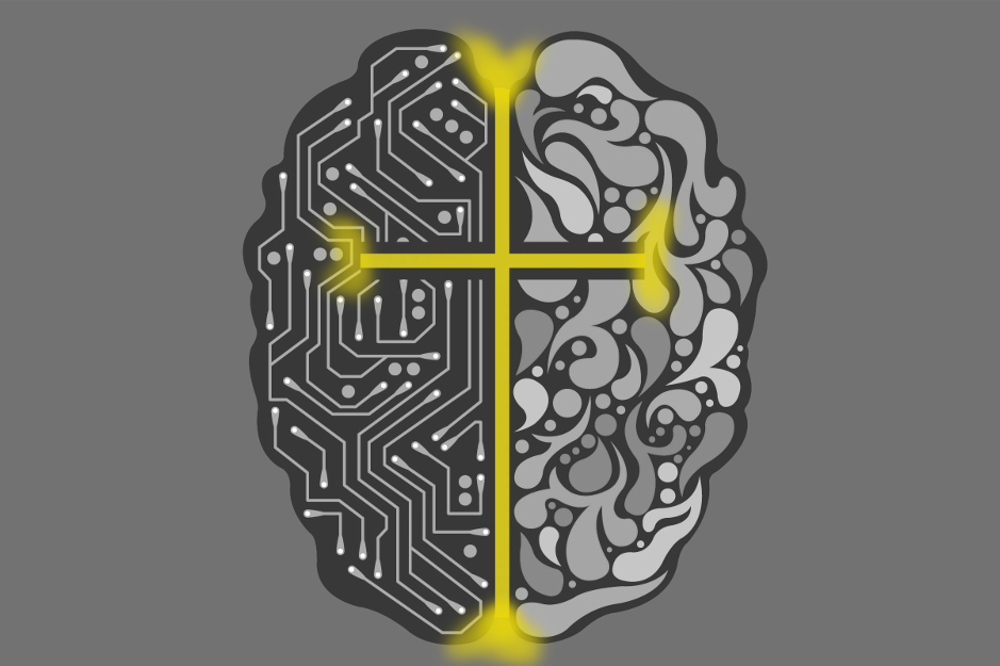 When Marquette University professor Shion Guha began planning a class last fall that focused on artificial intelligence and ethics, he assumed he would attract just enough students for a small, intimate seminar.

Instead, students packed the classroom to capacity, forcing Guha to create a waiting list.

"I actually did not expect this type of a response from the students," Guha, director of the data science graduate program at the Catholic college, said.

Aspiring data scientists, it turns out, really care about ethics.

And they aren't the only ones.

The Marquette students are part of a growing movement of tech sector professionals, religious leaders and Silicon Valley workers wrestling with profound questions about whether future technologies will be used for good or evil.

Guha says his students wanted to learn how to apply what they learned in ethics classes — a required part of Marquette's undergraduate curriculum — to their computer science and data science degrees. A discussion of ethics is a Catholic approach to education, and Guha says the class utilizes the church's teaching about ethics.

"The Catholic Church has actually been instrumental in developing some of the Western canon of what is ethics research," he said.

In February, officials at the Vatican's Pontifical Academy for Life and tech giant Microsoft announced plans to collaborate on a $6,900 international prize to honor a doctoral student who defends a dissertation that focuses on the intersection of ethics and artificial intelligence.

Microsoft President Brad Smith discussed the initiative during a private meeting with Pope Francis and Archbishop Vincenzo Paglia that same month. According to Pontifical Academy for Life Media Manager Fabrizio Mastrofini, the trio "agreed on the importance of educating the younger generations on a responsible use of technologies." 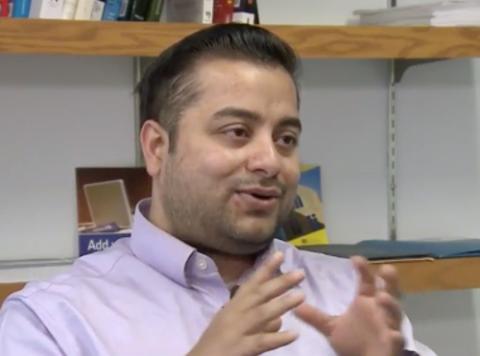 Mastrofini also noted that the partnership emerged after Pope Francis asked the academy to study the topic of ethics and AI.

"The technologies are advancing but they are not neutral," he told Religion News Service via email. "The Church, expert in humanity, can show the way for a development that makes the world more human and fair."

The conversation between the Pope and Smith is one of several recent attempts by religious groups to wade into Silicon Valley's ongoing debate over the ethics of artificial intelligence.

Not long after Microsoft announced its partnership with the Vatican, Francis addressed the issue directly during a speech to a plenary meeting of the Pontifical Academy for Life. The pontiff noted that he had previously spoken to the seriousness of artificial intelligence during his January 2018 address to the World Economic Forum in Davos, Switzerland, but doubled-down on the potential dangers of misusing technology.

"It should be noted that the designation of 'artificial intelligence,' although certainly effective, may risk being misleading," Francis told the Pontifical Academy. "The terms conceal the fact that — in spite of the useful fulfillment of servile tasks (this is the original meaning of the term 'robot'), functional automatisms remain qualitatively distant from the human prerogatives of knowledge and action. And therefore they can become socially dangerous."

The pope's concerns were echoed by a group of Southern Baptist and evangelical leaders in the U.S., who released a statement titled "Artificial Intelligence: An Evangelical Statement of Principles" last month.

"Christians must not fear the future or any technological development because we know that God is, above all, sovereign over history, and that nothing will ever supplant the image of God in which human beings are created," the statement read in part. "We recognize that AI will allow us to achieve unprecedented possibilities, while acknowledging the potential risks posed by AI if used without wisdom and care."

Other American religious institutions have waded into the tech-and-ethics debate. Leaders at Santa Clara University — a Catholic school in California — told RNS in 2018 that scholars at the college's Markkula Center for Applied Ethics are increasingly involved in what they called a "groundswell" of ethics conversations in Silicon Valley, with some even meeting with unnamed tech companies.

But Christians aren't the only ones discussing ethics and technology.

Guha said that the global implications of AI have pushed his class to utilize other religious ethical frameworks, as well as non-religious ones.

"AI is not just restricted to the West but is implemented all over the world," he said. "We would actually be biasing ourselves if we only focused on one particular type of ethical framework."

Guha said that when looking at the various applications of AI and data science, students looked at everything from Western utilitarianism — that actions should have some sort of utility for yourself or society — to "virtue ethics" — that some things are worth doing simply because they are moral or right. 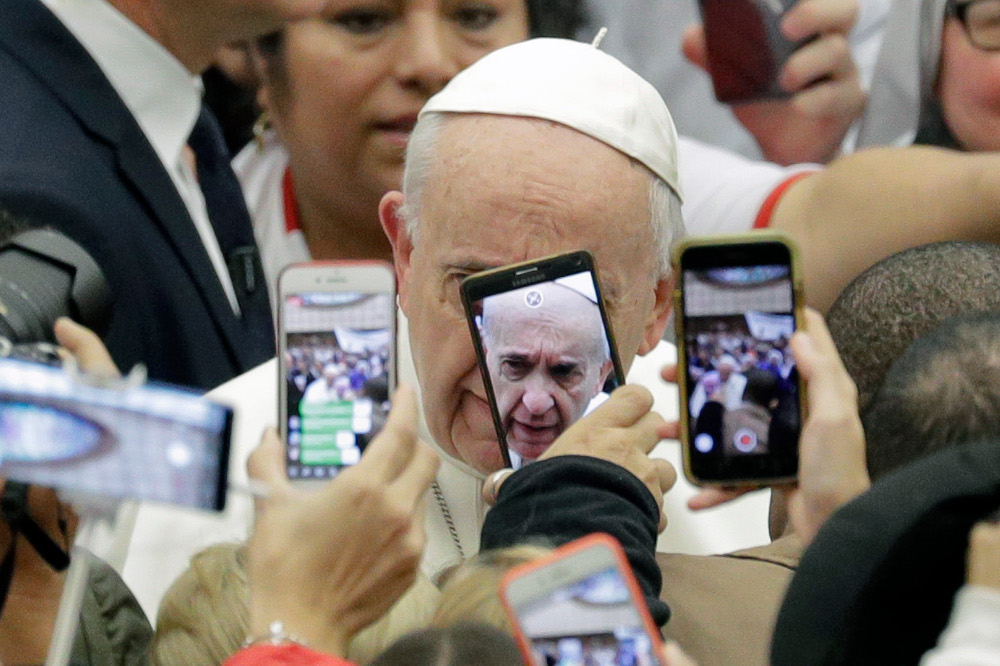 Pope Francis is framed by cellphones as he arrives for his weekly general audience, in the Pope Paul VI hall, at the Vatican on Jan. 9. (AP/Andrew Medichini)

Over the course of several months, his class kept returning to familiar themes.

"Our students came to a general consensus that the status quo only works well for certain groups of people," he said. "It doesn't work nicely for other groups of people who may actually see the unanticipated consequences of (these) algorithms."

Guha pointed out algorithms used by Silicon Valley companies that can lead to hiring more men than women, or how Google Image search results for "professor" primarily produce pictures of older white men.

"(AI) can have unforeseen consequences down the line that we don't pause to think about," he said. He noted that professors from other schools have begun reaching out to him about the possibility of replicating a similar class at their own universities and that they often share notes and readings.

Meanwhile, back at the Vatican, Mastrofini of the Pontifical Academy for Life said the group is actively looking into future partnerships with other tech giants, but that it's "too early to speak about this."

"These are some of the new frontiers of our humankind," he said.