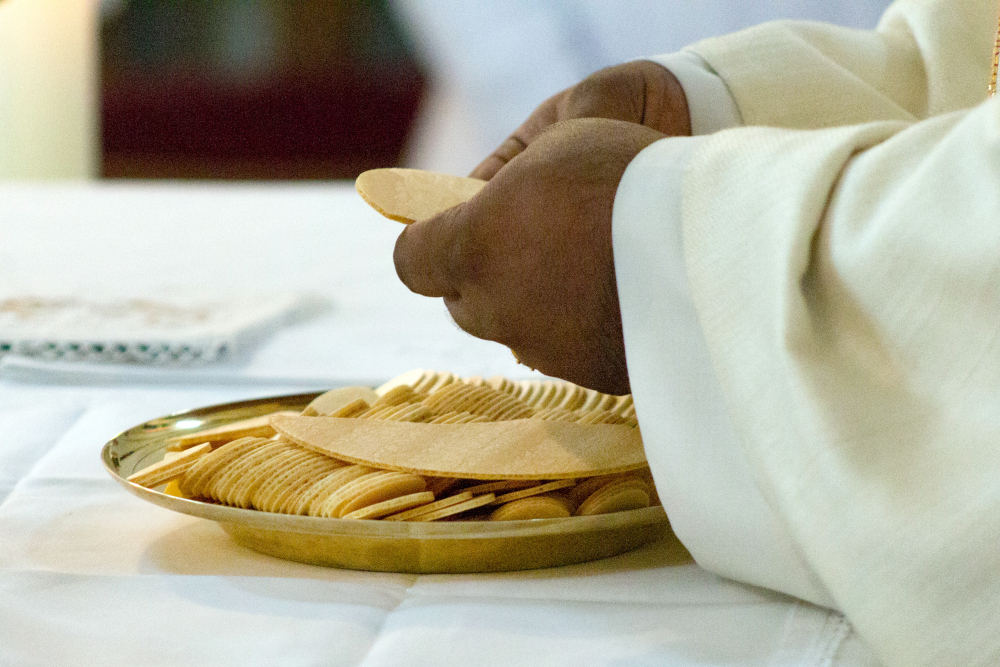 As some American bishops discuss the possibility of denying Communion to Catholic politicians such as President Joe Biden for supporting abortion-rights policies, a senior Vatican prelate said decisions about administering the sacrament rest solely on the bishop giving the Eucharist.

"It's not up to bishops in general to make these decisions, it's the bishop of the person," said Cardinal Michael Czerny, the undersecretary of the Migrants and Refugees Section of the Vatican's Dicastery for Promoting Integral Human Development, in an interview with Religion News Service on May 6.

Bishops in the U.S. are scheduled to vote whether to commission a document on the question of Communion during their annual meeting in June, after conservative bishops such as Archbishop Salvatore Cordileone of San Francisco recently argued that elected officials should be barred from receiving the Eucharist for their views on abortion.

In a pastoral letter on May 1, Cordileone said public officials who take part "in moral evil," such as supporting reproductive rights, should be barred from receiving Communion.

Other bishops have described a Communion ban as "the wrong step." In an article published in America Magazine on May 5, Bishop Robert W. McElroy of San Diego warned of the "destructive consequences" that such a decision might entail for the unity of the United States and Catholics' understanding of their own worthiness to receive the sacrament.

"The Eucharist is being weaponized and deployed as a tool in political warfare," he warned. "This must not happen."

Czerny is the highest-ranking Vatican official to comment on the controversy, and in general Rome has refrained from remarking publicly on the issue. Pope Francis has tended in the past to champion an inclusive policy on Communion, saying in his 2013 apostolic exhortation "The Joy of the Gospel" that the Eucharist "is not a prize for the perfect."

Czerny pointed to the "confusion" surrounding debates on giving Communion to Catholic politicians who hold positions contrary to Catholic teaching, adding that individual bishops have the final say in cases where there is "a clear scandal."

In cases "where the government is claiming that it has the church's support for some measure that we really can't accept at all, that would be an example where the bishop would have to stand up," the cardinal said, "but it's up to the bishop."

The confusion over who is authorized to deny Communion has extended to canon lawyers. In a March 3 article in the Brooklyn Tablet, a Catholic publication, Monsignor Jonas Achacoso, a doctor of canon law, explained that the pope alone can decide such matters when it comes to heads of state. "It is solely the right of the Roman Pontiff himself to judge" concerning cases for "those who hold the highest civil office of a state," Achacoso argued, quoting canon 1405 §1.

But the Rev. John Beal, a professor of canon law at The Catholic University of America, told RNS that Achacoso's analysis does not hold up because the canon he refers to only applies to judicial matters, such as annulments.