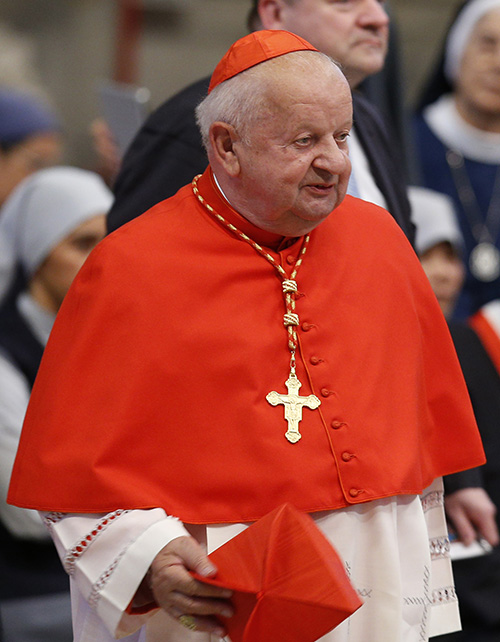 Cardinal Stanislaw Dziwisz of Krakow, Poland, at the Vatican in 2018 (CNS/Paul Haring) 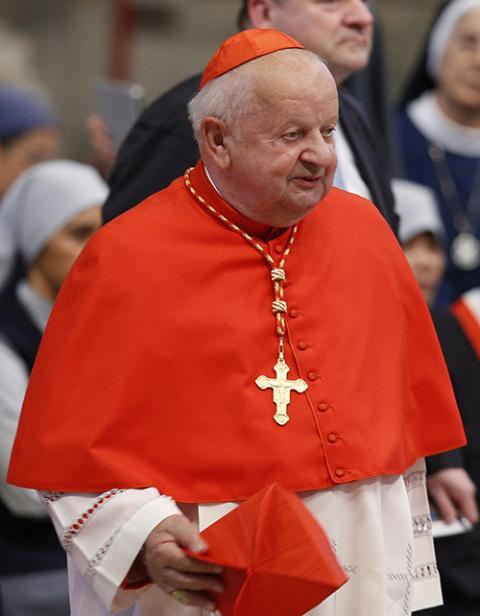 Cardinal Stanislaw Dziwisz of Krakow, Poland, at the Vatican in 2018 (CNS/Paul Haring)

The Vatican's embassy in Poland said Saturday, June 26, that a Holy See envoy spent 10 days in the country checking reports of alleged negligence by a retired archbishop of Krakow who had served as personal secretary to the late Pope St. John Paul II.

The embassy said that during his June 17-26 visit, retired Cardinal Angelo Bagnasco held a number of meetings and reviewed documents.

"The aim was to verify signals, also made in public, of negligence by Cardinal Stanislaw Dziwisz during his term as the archbishop of Krakow (2005-2016)," the embassy statement said.

Bagnasco is to present his finding at the Vatican.

A priest in Poland, Fr. Tadeusz Isakowicz-Zaleski, says that in 2012 he personally gave Dziwisz a letter containing evidence of sex abuse by a priest of a 12-year-old altar boy. Dziwisz at first denied it and suggested the matter should be investigated, but later said the letter had been found.

The victim, Janusz Szymik, says there was no reaction from Dziwisz.

Isakowicz-Zaleski says he was recently questioned about a "certain Polish bishop" by a Vatican commission that specially came to Poland to investigate the matter.

"That means that Pope Francis is probably losing his patience with the leaders of the Polish episcopate," Isakowicz-Zaleski said.

The Vatican has been investigating reports, also in the Polish media, of alleged lack of reaction by some of Poland's Roman Catholic Church figures to reports of abuse of minors. A few bishops and archbishops were recently punished by the Vatican and barred from religious and lay ceremonies.

Two TV documentaries in 2019 and 2020 by independent journalists, which told stories of victims of abuse by priests, have prompted investigation in Poland and at the Vatican.

A state commission investigating around 330 reports and cases of sex abuse of people under age 15 said this week that in around 30% of the cases clergymen are cited as the perpetrators.

The State Commission for Pedophilia said it has written to the Vatican asking to be allowed to see its documents related to Poland, because Poland's church wasn't cooperating.

Dziwisz, 82, was personal secretary and confidant to much-loved Polish-born Pope St. John Paul II in 1978-2005, and after the pope's death was appointed the archbishop of Krakow, in southern Poland, where he had served as secretary to Cardinal Karol Wojtyla, the future pope, before they moved to the Vatican.

Pope Benedict XVI made Dziwisz a cardinal in 2006.