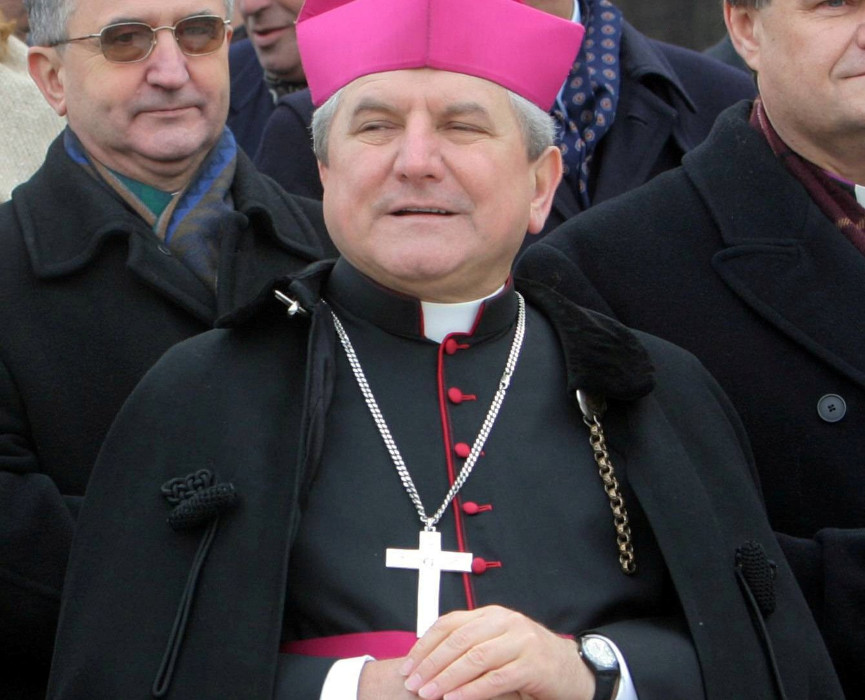 Former Bishop Edward Janiak of Kalisz is pictured in a file photo. He and former Archbishop Slawok Leszek Glodz of Gdansk are being punished by the Vatican for their alleged roles in covering up sexual abuse committed by other clergymen. (CNS/Agencja Gazeta via Reuters/Mieczyslaw Michalak)

The Vatican said March 29 that it is punishing a retired Polish archbishop and a bishop for their alleged roles in covering up sexual abuse committed by other clergymen.

Former Gdansk Archbishop Slawoj Leszek Glodz and former Bishop Edward Janiak of Kalisz have also been forbidden from living in their former dioceses or participating in any public religious celebrations there.

The Vatican Embassy in predominantly Roman Catholic Poland also said each of the two is being required to contribute personal money into a fund helping victims of clerical abuse.

The embassy cited "omissions" by Glodz "in cases of sexual abuse committed by some clergy against minors, and other issues related to the administration of the archdiocese."

In a separate statement, the embassy said the Holy See was acting on the basis of "reported negligence of Bishop Edward Janiak in cases of sexual abuse committed by some clergy against minors, and other issues related to the management of the diocese."

Both Glodz and Janiak retired in 2020 as their cases were being investigated.

Glodz was featured in a 2019 documentary about priestly sex abuse and cover-up in Poland that sparked a reckoning in the country.

In the film, "Tell No One," Glodz is shown eulogizing a known pedophile priest, the Rev. Franciszek Cybula, the personal chaplain to Solidarity leader Lech Walesa, at his funeral despite allegedly knowing of his abuse.

A second 2020 film by the same producers, "Playing Hide and Seek" exposed two cases of alleged pedophile priests that Janiak handled, first as auxiliary bishop of Wroclaw and then as bishop of Kalisz, a position he held since 2012.

People who said they had suffered abuse also included Glodz in a report identifying two dozen serving and retired Polish bishops accused of protecting predator priests. The report was delivered to Francis on the eve of his 2019 global abuse prevention summit at the Vatican.