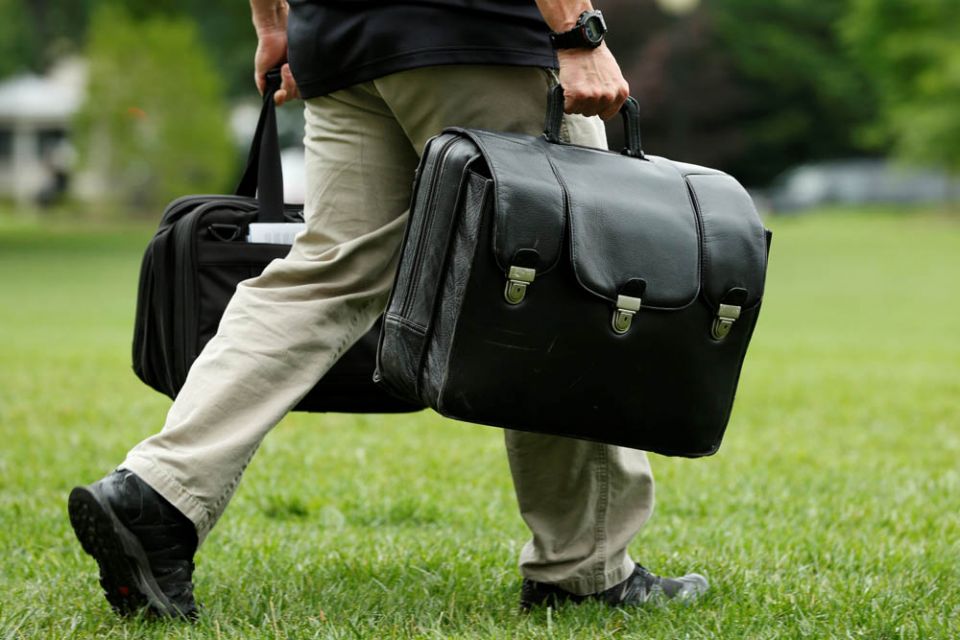 When it comes to nuclear weapons, Catholic thinking is moving away from a conditional acceptance of deterrence policy and moving toward an urgent call for nuclear disarmament. That move will be highlighted as Pope Francis gathers Nobel Peace Prize winners this weekend at the Vatican.

The Vatican's Dicastery for Promoting Integral Human Development will host a conference titled "Prospects for a World Free from Nuclear Weapons and for Integral Disarmament" Nov. 10-11. In addition to Nobel laureates, "top United Nations and NATO officials, leading experts, ‎heads of major foundations and of civil society organizations, as well [as] representatives of bishops' conferences, Christian denominations and other faiths" will attend, according to Vatican Radio.

The conference comes at a time when tensions between the United States and North Korea have raised concern about potential nuclear conflict to its highest level in decades.

The church has in the past acknowledged a "strictly conditional moral acceptance of deterrence" as the United States bishops stated in their May 1983 pastoral letter "The Challenge of Peace," but statements from the pope and other Catholic intellectuals and officials indicate that it may be a time for a change in policy.

"The church's tolerance of deterrence was predicated on it being a step toward disarmament," Stephen Colecchi, director of the U.S. bishops' conference's Office of International Justice and Peace, told NCR, noting that the nuclear powers' progress has been frustratingly slow in recent years. "They're planning modernization of nuclear weapons. You don't modernize a weapons system that you intend to disarm from. So I think deterrence is on very thin moral grounds."

In "The Challenge of Peace," the bishops described nuclear weapons as "a power which should never be used," but acknowledged that the Cold War world was a precarious time in which the possession of weapons may prove necessary for security in some cases, echoing Pope John Paul II's June 1982 message to the U.N. General Assembly.

"In current conditions 'deterrence' based on balance, certainly not as an end in itself but as a step on the way toward a progressive disarmament, may still be judged morally acceptable," the pope said.

"Remember, [John Paul II was] coming from Poland, and Poland [was] still under the Soviets," Jesuit Fr. Drew Christiansen, distinguished professor of ethics and global human development at Georgetown and senior research fellow at the Berkley Center for Religion Ethics and World Affairs. "There [was] concern on his part that the West not be weak before the Soviet threat at that point."

This acceptance came with caveats, however. As John Paul had said, "in order to ensure peace, it is indispensable not to be satisfied with this minimum [a policy of deterrence] which is always susceptible to the real danger of explosion."

"It was deterrence not to seek superiority in nuclear weapons," Colecchi says, "but rather to have balance and work toward disarmament. It was supposed to be a step toward disarmament … deterrence, even in 1983, was never considered an adequate strategy as a long-term basis for peace."

Christiansen says that over the last few decades, "the Holy See has begun signaling that deterrence is not sufficient reason to keep nuclear weapons."

Pope Francis began to suggest a shift away from support of deterrence policy in an address to the U.N. conference working to draft the Treaty on the Prohibition of Nuclear Weapons. "[H]ow sustainable is a stability based on fear, when it actually increases fear and undermines relationships of trust between peoples," the pope asked the conference in March.

"We need to go beyond nuclear deterrence," Francis added. "The international community is called upon to adopt forward-looking strategies to promote the goal of peace and stability and to avoid short-sighted approaches to the problems surrounding national and international security."

The goal of nuclear disarmament has been embraced by American leaders in the past. President Ronald Reagan, by the beginning of his second term, seemed very much in line with the church's way of thinking. "There is only one way safely and legitimately to reduce the cost of national security," he said in his second inaugural address, "and that is to reduce the need for it. … We seek the total elimination one day of nuclear weapons from the face of the Earth."

Reagan and his Soviet counterpart Mikhail Gorbachev spent the latter part of their political careers working to reduce nuclear weapons, with much success.

Although the U.S. and Russia together still possess over 90 percent of the world's nuclear weapons, the combined stockpiles have decreased from a peak of over 60,000 weapons in the mid-1980s to less than 15,000 today.

In a 2009 speech in Prague, President Obama declared "clearly and with conviction America's commitment to seek the peace and security of a world without nuclear weapons." The president subsequently won the Nobel Peace Prize, largely for this speech. The subsequent disarmament efforts proved disappointing, however.

"The Obama administration, in its first years, did do some disarmament, then the momentum for disarmament began to stop," says Christiansen. "And that's when the Holy See and others began to be very concerned."

President Donald Trump has signaled a willingness to revisit America's steps toward disarmament. After blasting the current nuclear treaty with Russia during the 2016 campaign, he reportedly told Russian President Vladimir Putin that it is a bad deal for America when Putin raised the possibility of extending it.

The American bishops have continued to push the world's nuclear powers to continue to "build on the New START Treaty [The U.S. nuclear treaty with Russia] and its robust verification measures in further reducing the numbers of weapons," as Bishop Oscar Cantú, Chairman of the committee Colecchi directs, wrote in a letter to American Secretary of State Rex Tillerson.

Maryann Cusimano Love, associate professor of international relations at the Catholic University of America, told NCR, "The church has been against nuclear weapons since before there were nuclear weapons. The church has historically played a role in trying to increase attention to issues of nuclear weapons and to move toward peaceful solutions [and] is continuing to do that through this conference."

Threat of nuclear war is not the only reason the church has raised concerns about nuclear arsenals. Thousands of nuclear tests have taken place since the bombing of Hiroshima and Nagasaki, "and those had humanitarian impact, environmental impact, and public health impact, that continues to this day," Love says.

The possibility that terrorists may acquire nuclear weapons also makes the need for disarmament more urgent than it has ever been. "Deterrence cannot deter terrorists; they have no territory to defend," Colecchi says. "Their goal is to create instability, fear and terror. Reducing the number of nuclear weapons in the world … is a much better path to future security."

Colecchi added that the path to disarmament is clear and that the United States and Russia must begin to end their nuclear programs and encourage the other smaller nuclear powers to do the same. "It needs to be done carefully; it needs to be done quickly though," he says. "Because the time of nuclear deterrence as morally acceptable is really fading."