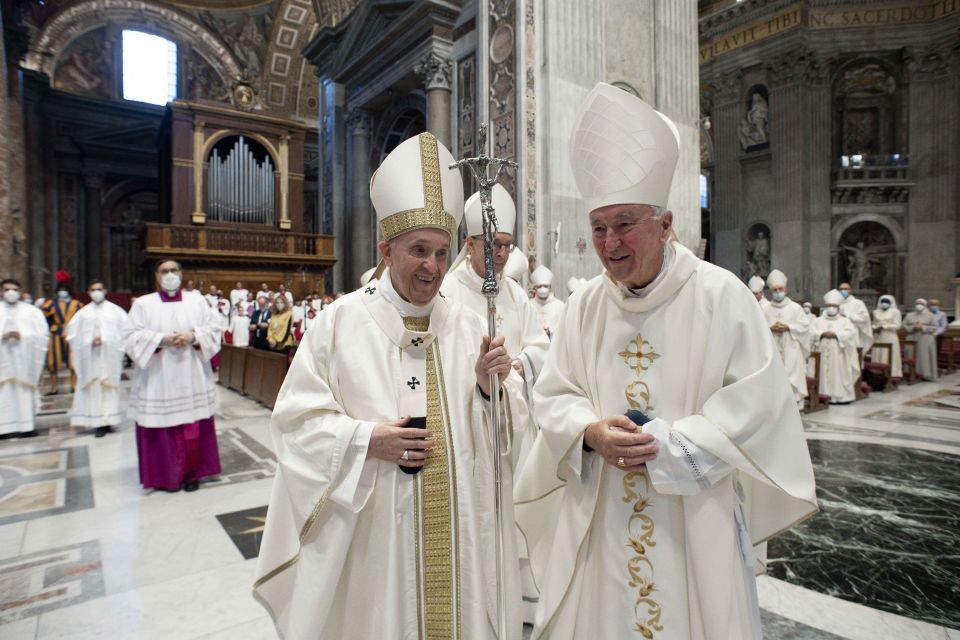 Vatican City — Heads of several bishops' conferences and councils around the world called for greater collegiality and communion among bishops to confront the challenges facing the church in Europe and across the globe.

Cardinal Pietro Parolin, Vatican secretary of state, who addressed the plenary assembly of the Council of European Bishops' Conferences Sept. 24, called on the bishops to "support one another in communion in order to bear witness to the Lord's presence in all areas of life on our continent, which seems increasingly to be forgetting its history and its roots."

The time of preparation for the 2023 world Synod of Bishops, which will reflect on synodality, communion, participation and mission, will be a "propitious occasion to reflect on the work of evangelization that awaits us in the face of the challenges of our present time, which is also in need of knowing the immutable truth of Christ and the Gospel," Cardinal Parolin said.

The Sept. 23-26 plenary of the Council of European Bishops' Conferences, which is comprised of the presidents of 33 national bishops’ conferences and a dozen other Eastern- and Latin-rite bishops from across the continent, was held in Rome.

The meeting marked the council's 50th anniversary and was a time to review its service to the continent in the light of Pope Francis' encyclical, "Fratelli Tutti, on Fraternity and Social Friendship."

Pope Francis presided over the opening Mass of the plenary assembly Sept 23. Among those notably absent was Cardinal Angelo Bagnasco, president of the council, who was diagnosed with COVID-19 and forced to remain in isolation.

In a message to the assembly, Cardinal Bagnasco echoed comments he made to Vatican News Sept. 23 when he said he was experiencing "a mild case" of COVID-19 and that his "extremely light" symptoms were thanks to the vaccinations he received in May.

Canadian Cardinal Marc Ouellet, prefect of the Congregation for Bishops, also addressed the assembly. He expressed his gratitude for the council's example "of communion and episcopal cooperation in Europe" throughout its 50 years."

"In spite of conflicts over the course of centuries, in spite of the secularization and atheism present in its territory, there is still in Europe a breeding ground for faith that is always alive and capable of a new flourishing of communion and mission," Cardinal Ouellet said.

He also said European bishops must face the challenge of "offering our faithful and the suffering humanity of our time an understanding of man originating precisely from the Trinitarian mystery in its entire broad formulation; a vision filled with hope that so far has been almost held back or concealed out of little enthusiasm for the enlightening power of God’s word."

In a written message, Archbishop José H. Gomez of Los Angeles, president of the U.S. Conference of Catholic Bishops, reflected on the council's "great contribution" to humanity in promoting "the truth about the human person, created in the image of God and the universal values of freedom, equality and justice for all."

"Through your work, the church has truly served as the 'soul' of Europe and a sign of hope for the entire world," Archbishop Gomez said.

Drawing from the experience of the Latin American bishops, Archbishop Cabrejos urged greater collegiality and synodality not only among bishops, but also with laypeople and religious men and women in the church.

"A model for renewing collegiality in the light of synodality is taking shape and it involves walking together as brothers and sisters in faith, as members of God's people," he said.

Queen Elizabeth to visit Pope Francis at Vatican on April 3

Cardinal to religious: Those who abandon Vatican II are 'killing themselves'