Pope asks for prayers for pilgrimage to 'heart of Europe'

by The Associated Press
Vatican
World
This article appears in the Pope Francis in Hungary and Slovakia feature series. View the full series. 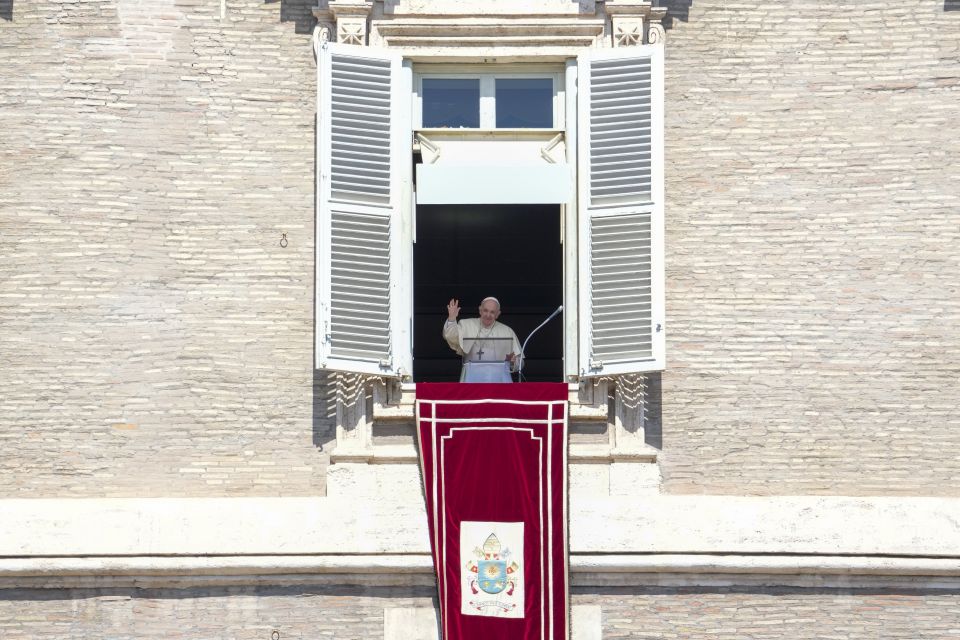 Pope Francis delivers his blessing as he recites the Angelus noon prayer from the window of his studio overlooking St.Peter's Square, at the Vatican, Sunday, Sept. 5, 2021. (AP Photo/Andrew Medichini)

Rome — Pope Francis on Sunday asked for prayers for his visit later this month to “the heart of Europe,” a four-day pilgrimage to Hungary and Slovakia, which will be his first travels since surgery earlier this summer.

Francis spoke of his trip that begins in Hungary on Sept. 12, then takes him to Slovakia, before returning to the Vatican on Sept. 15.

The pontiff had surgery on July 4 to remove a portion of his large intestine. The trip will be a test of stamina for the 84-year-old leader of the Roman Catholic Church.

Speaking to the public in St. Peter's Square, Francis asked the faithful to “accompany" him with prayer during the pilgrimage.

He'll begin the trip in Budapest to mark the end of a gathering aimed at stressing the importance of the Eucharist for Catholics and conclude it in Slovakia with a ceremony to honor the Virgin Mary, that country's religious patron.

He said the pilgrimage will be marked by prayer “in the heart of Europe."

Francis thanked all those who prepared the trip and affectionately greeted “all those awaiting me and whom I wish from my heart to meet."

In his remarks, he paid tribute to “so many heroic” faithful, who persevered despite “hostilities and persecutions.” Francis didn't elaborate. But it appeared to be a reference to conflicts that bloodied Europe and decades of rule in the 20th century by officially atheist Communist authorities in much of Central and Eastern Europe.

May those heroic examples “help Europe to bear witness, even today, not so much in words, but above all in deeds, with works of mercy and welcome" to the faith, the pope said.

Faith must identify with those who suffer, pope says at Mass

Vatican | Pope asks for prayers for pilgrimage to 'heart of Europe'