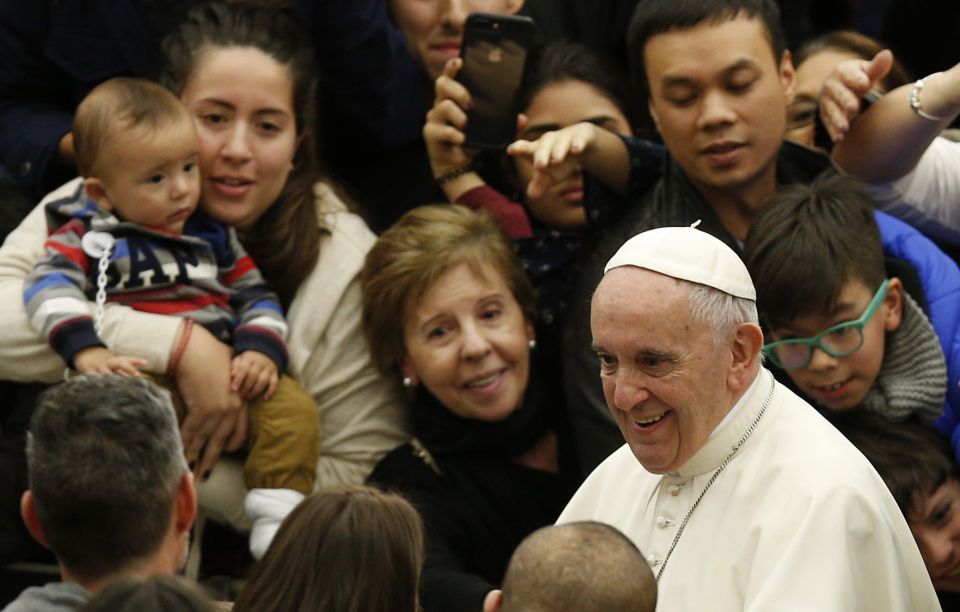 Courage is needed to stick one's neck out and "challenge the Lord," pursuing and confronting him with one's appeals, the pope said Jan. 12 in his homily at Mass in the Domus Sanctae Marthae.

"If prayer isn't courageous, it isn't Christian," he said.

The pope reflected on two Gospel readings from St. Mark -- one describing Jesus' healing of a leper and another recounting his healing of a paralytic. The leper challenged Jesus, begging him on his knees, "If you wish, you can make me clean." Meanwhile, the paralytic and the four men carrying him refused to let the huge crowd prevent him from seeing the Lord, so they broke through the roof and lowered the man down to Jesus.

In both cases, the pope said, Jesus saw the great faith, courage and persistence in the people asking him for healing.

"Always, when we draw near to the Lord to ask him something, you must start with and (ask) with faith," even challenging him like the leper, he said.

The other role model for prayer, he said, is the paralytic, who was someone in great need and who faced many difficulties, and yet he never gave up because "where there is a will, there is always a way."

"So often you need patience and to know how to wait over time and not give up, to always go forward," Francis said.

It's necessary to have "courage to fight to get to the Lord, courage to have faith from the start, 'If you wish, you can heal me. If you wish, I believe.'"

These Gospel readings should prompt people to reflect on how they pray, he said. Do people pray like "parrots," echoing words with no interest or care in what one is asking or do people "beg the Lord to help us (in) our little faith" and keep at it no matter the difficulties, he asked.

Courage is needed to "throw one's hat in the ring," he said, even if people do not get what they ask for right away because prayer is a "high-stakes game."

Vatican | Pray with courage, conviction, not mindlessly like a parrot, pope says