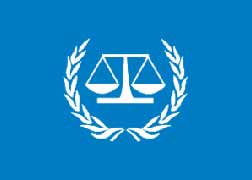 Lawyers today filed a petition with the International Criminal Court on behalf of clergy sex abuse victims urging an investigation of high-ranking Roman Catholic Church leaders, including Pope Benedict XVI, charging that the widespread sexual abuse by priests in various countries and the handling of those cases by bishops and authorities in the Vatican constitute widespread human rights abuses.

The communication filed with the court in Hague in the Netherlands is comparable to the filing of a complaint with a district attorney’s office in the United States, said Pamela C. Spees, senior staff attorney with the Center for Constitutional Rights, a New York based organization that has its roots in the Civil Rights era and that seeks to use law to effect social change.

The complaint names Pope Benedict XVI, both in his current capacity and as Cardinal Joseph Ratzinger when he was head of the Vatican Congregation for the Doctrine of the Faith, which has responsibility for handling sex abuse cases; the former and current Vatican secretaries of state, Angelo Sodano, who held the office from 1991 to 2006, and Tarcisio Bertone, who was appointed Sodano’s successor; and U.S. Cardinal William Levada, former archbishop of San Francisco, who was appointed by Benedict to succeed him in the doctrine congregation.

In a Sept. 9 interview, Spees said the center argues that similar patterns have emerged time and again in various countries as a result of what she termed “a culture of sexual violence within the church.” While most of the investigations of clergy sex abuse have occurred in discrete locations and were confined to individual dioceses, she said, “when you zoom out and see the same policies and practices” occurring internationally and “when you look at what’s been documented and the brutality of it,” she said, the justification for an international investigation becomes clear.

An investigation is also justifiable, the lawyers argue, under the Rome Statute, the 1998 treaty establishing the court as a result of increasing international concern about wartime crimes including rape and other forms of sexual violence. The center maintains that the widespread incidence of sexual violence by Catholic clergy and the hierarchy’s attempt to keep it secret satisfies the statute’s definition of attacks against a civilian population.

Today’s filing was done in cooperation with SNAP, the Survivors Network of those Abused by Priests, which advocates for the rights of sex abuse victims. SNAP has worked with CCR for the past 18 months translating its vast store of details about sex abuse cases involving priests into evidence supporting an international case, according to Barbara Blaine, a Chicago attorney and founder of SNAP. Blaine was first abused by a priest when she was in the seventh grade.

In an initial filing with the court last May -- a communication establishing that the organization planned to file a far more detailed brief in the future -- the CCR made its argument for use of the ICC. Rape, said the letter, “constitutes a crime within jurisdiction of the court.” The center argues that “rape and other forms of sexual violence … are serious offenses and acts of violence and should also be investigated and prosecuted as forms of torture.”

“Crimes against tens of thousands of victims, most of them children, are being covered up by officials at the highest level of the Vatican. In this case, all roads really do lead to Rome,” said Spees in a statement posted on the CCR Web site this morning. “These men operate with impunity and without accountability. The Vatican officials charged in this case are responsible for rape and other sexual violence and for the physical and psychological torture of victims around the world both through command responsibility and through direct cover up of crimes. They should be brought to trial like any other officials guilty of crimes against humanity.”

The Rome statute, says the communication, recognizes “the evolution of rape law” and “the fact that rape and other forms of sexual violence are often committed under coercive circumstances that negate the possibility of genuine consent. This is especially important in cases involving child victims and vulnerable adults, particularly where, as here, the perpetrator is an authority figure to which the victim feels compelled to submit.”

In the first filing with the court, the center stated that the Vatican, as a highly centralized entity with all authority flowing to the pope, “has had a longstanding policy and practice of dealing with sexual violence by priests and others associated with the church in ways that ensured such violence would continue.”

The Vatican officials, it asserts, maintain ultimate authority over bishops and priests and thus, under the statutes provisions, fit the definition of non-military superiors who can be held responsible “for crimes committed by subordinates.”

Such superiors are culpable under the statute, according to the filing, if the superior:

Blaine, who lived and worked from 1984-1993 at St. Elizabeth Catholic Worker House on Chicago’s South Side before earning a master of divinity degree from Catholic Theological Union and a law degree from De Paul University, said in an interview from The Hague that “as victims we feel as if we’ve tried everything to get the abuse to stop. We began two years ago to think of how to get to the international criminal court.”

The court will not consider cases before 2002, but Spees said they have used materials from cases going back decades to show the pattern that has existed for years in multiple countries and that the Vatican oversaw the response to the crisis. The filing responds in part, said Blaine, to the fact that while priests have been removed from ministry, bishops face no sanctions or penalties for their roles in hiding predator priests and transferring them among parishes, dioceses and even other countries without revealing their crimes.

According to other news reports, those familiar with the working of the court say it has never taken up such a complaint and that it normally acts on complaints advanced by a country.

The International Criminal Court was established as the result of a treaty, called the Rome Statute, in 2002 as an independent international organization to deal with serious international crimes. The idea for an independent, permanent court grew out of the temporary tribunals conducted to hear cases from Rwanda and the former Yugoslavia. The original treaty establishing the basis for the court was signed in Rome in 1998 by 120 countries. A total of 60 countries ratified the agreement. Neither the United States nor the Vatican is a party to the treaty.

Watch the NCR web site for updates to this story.

The real winner of the 2013 conclave: St. Francis of Assisi

In a first, Francis to meet Russian Orthodox patriarch during Mexico trip

Council of Cardinals to meet with Francis for fourth time