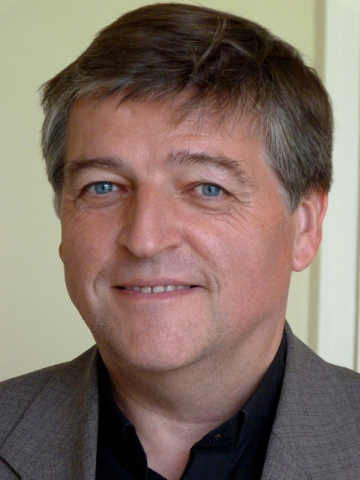 Famously, the behavior of bureaucracies is often driven as much by compromise, by an effort to balance competing agenda, as by strict logic. It's a rule of thumb that certainly applies to the Catholic church, and there's probably no better recent example than the Vatican's decision to strip Austrian Fr. Helmut Schüller of his title as "monsignor."

It's a rap on the knuckles obviously intended to make a statement, and yet no one in authority seems to want to say out loud quite what that statement is.

Beyond confirming that it happened, senior Vatican spokespersons have directed inquiries about the move to the Vienna archdiocese. Meanwhile, Michael Prüller, a spokesperson for Vienna's Cardinal Christoph Schönborn, has told reporters that the decision "was made in Rome" and "has nothing to do with us."

The result is that while the world knows Schüller is no longer a monsignor, there's no official explanation as to why.

Many observers believe what's going on is this: Vatican officials wanted to make clear that Schüller's status as a monsignor should not imply papal tolerance for the uprising among Austrian priests which he leads, demanding reforms on matters such as celibacy, women priests, and communion for divorced and remarried Catholics.

At the same time, officials are also aware that Schönborn has worked hard to keep lines of communication open with the rebel priests, striving to avoid a complete rupture. In an October interview with NCR, for instance, Schönborn said that "I have trust in them, because they're priests close to the people who share their worries."

Thus the caginess about offering any public explanation may be related to a desire not to make things even more difficult for Schönborn, a protégé of Pope Benedict XVI who enjoys wide respect both in Rome and around the Catholic world.

Because the honorific "monsignor" is awarded by a direct papal act, the traditional Vatican calculus is that allowing someone to continue using it when they're engaged in activity perceived as contrary to church teaching or discipline courts confusion about where the pope really stands.

(As a technical matter, there are three grades of monsignors: Apostolic Protonotaries, Honorary Prelates of His Holiness, and Chaplains of His Holiness. Schüller had been named to the third, or lowest, category in 1991 for his work with the Catholic charity "Caritas".)

Though rare, the decision to revoke the title of "monsignor" is not unprecedented. Observers point to the case of Italian Fr. Fernando Mariotti, who had the honorific taken away in April 2010, to illustrate the usual logic.

Mariotti is a minor celebrity in Italy, a colorful personality once arrested for illegally stockpiling a cache of weapons in his Ferrara home – an indictment for which he became known as the "rifle priest." Charges were eventually dropped because prosecutors said the statute of limitations had expired.

Mariotti is also known as a financial wheeler and dealer, having amassed debts of almost $1 million through a variety of commercial ventures, not just in Italy but in various other parts of the world. In 2010, he was even linked to the crisis at Parmalat because some of the major players in the Italian company supported charities with ties to Mariotti.

Unlike the Schüller case, the Vatican offered a public justification for the move against Mariotti. A back-page item in L'Osservatore Romano in October 2011 asserted that by revoking his status as a monsignor, it wanted to make clear that it would be "totally abusive and illegitimate to insinuate any connection between the institutions of the Holy See and the activities attributable to Fr. Fernando Mariotti."

In other words, the idea was to distance Rome from the controversial priest, who was routinely styled in press coverage as having strong Vatican ties partly because he carried the "monsignor" label.

Most observers believe the same basic message underlines the decision on Schüller. The difference is that officials also know that Schönborn is walking a minefield trying to manage the situation, and thus seem content to let the decision speak for itself.

In this case, in other words, understanding comes not from any official lines, but from reading between them.