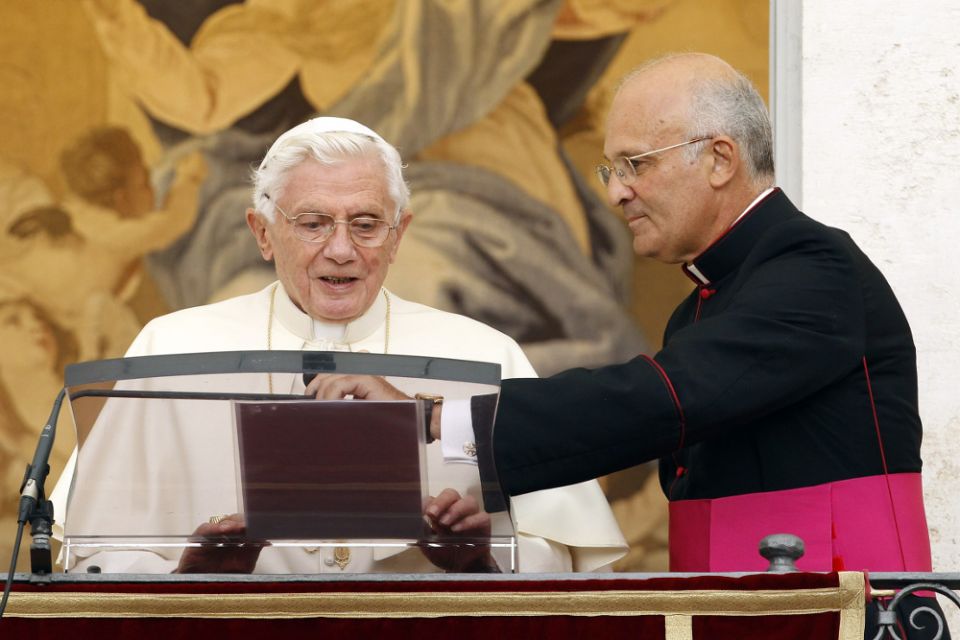 Vatican City — Pope Francis named two longtime Vatican officials as apostolic nuncios and elevated both to the rank of archbishop.

The Vatican announced Feb. 26 that the pope named Msgr. Alfred Xuereb, general secretary of the Secretariat for the Economy, as nuncio to South Korea and Mongolia.

The pope also named the Vatican's head of protocol, Msgr. Jose Bettencourt — a priest of the Archdiocese of Ottawa — as an apostolic nuncio. Two days later, the Vatican announced that he was appointed as nuncio to Armenia.

Xuereb, who was born in Gozo, Malta, Oct. 14, 1958, worked in the general affairs section of the Vatican Secretariat of State in 1995 before moving to the Prefecture of the Papal Household in 2000.

He had served as assistant personal secretary to Pope Benedict XVI and continued as Pope Francis' secretary when the new pope was elected in March 2013.

Before naming him to the Secretariat for the Economy in March 2014, Pope Francis appointed the Maltese prelate as his personal delegate to the commissions reviewing the activity and mission of the Institute for the Works of Religion — commonly called the Vatican bank — and the commission that was studying the economic and administrative structures of the Holy See. 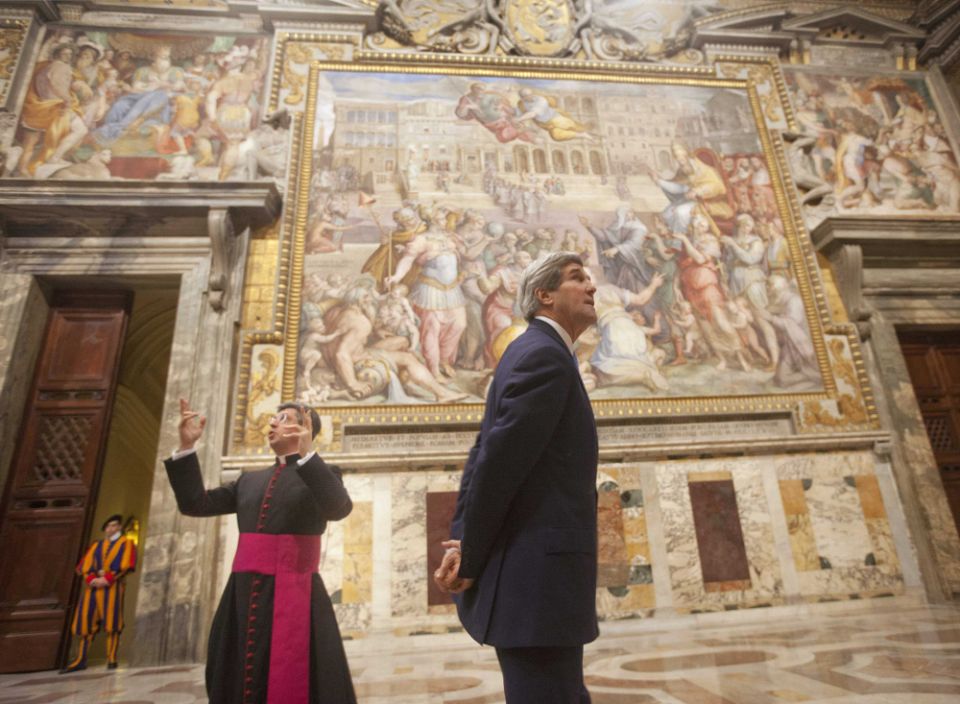 Msgr. Jose Bettencourt, the Holy See's head of protocol, is seen with U.S. Secretary of State John Kerry at the Vatican in this 2014 file photo. Pope Francis named him apostolic nuncio to Armenia. (CNS/Pablo Martinez Monsivais, pool via Reuters)

Bettencourt has served in the Vatican's Secretariat of State since 2002.

Born in 1962 in Velas, Azores, Portugal, as a child he moved to Ottawa, where he attended both elementary and secondary school. He graduated from the University of Ottawa before pursuing theological studies at Dominican College and St. Paul University, where he studied for the priesthood. He was ordained for the Archdiocese of Ottawa in 1993.

As the Holy See's head of protocol, Bettencourt oversees the details of tradition and decorum in the Vatican's diplomatic relations with other states, from welcoming visiting heads of state at the airport to dealings with diplomats and ambassadors accredited to the Vatican.