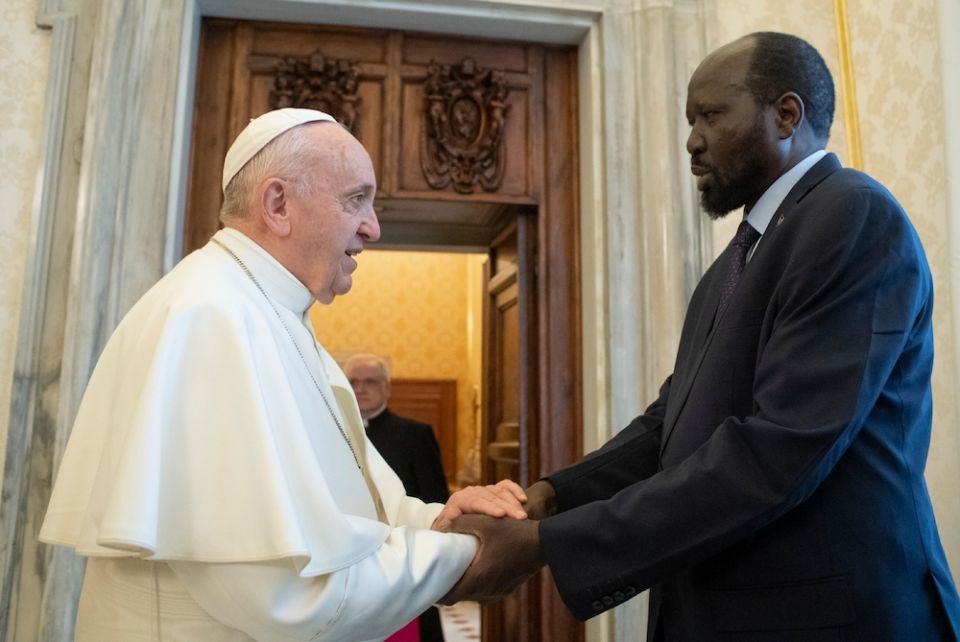 Harare, Zimbabwe — Despite a recent escalation in violence across South Sudan, including a spate of attacks against clergy, Catholic leaders in the country continue to hope that Pope Francis will be able to finally undertake a long-planned voyage there.

Jesuit Fr. Augustine Ekeno, who serves at St. Teresa Parish in the Rumbek Diocese, told NCR that the visit, in the works since 2017, would "bring some hope to the people in this country who have suffered for many years and who feel abandoned."

South Sudan, located just west of Ethiopia, is the world's newest state. It gained independence from Sudan in July 2011 but has rarely known peace since then, with armed conflicts breaking out among its about 64 ethnic groups and between its government and various opposition groups. 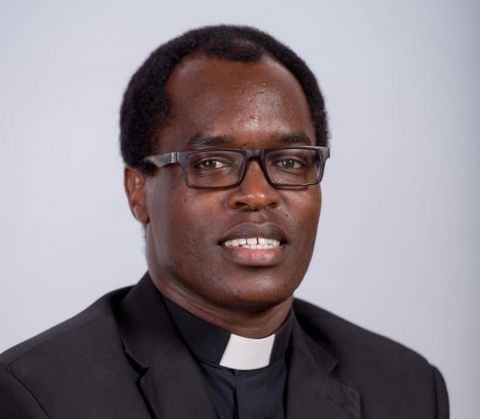 Jesuit Fr. Augustine Ekeno, a priest at St. Teresa parish in the Rumbek Diocese and director of the Multi-Educational and Agricultural Jesuit Institute of South Sudan (Courtesy of Augustine Ekeno)

In April 2019, Francis hosted a retreat at the Vatican for South Sudanese President Salva Kiir and several of the opposition leaders, during which the pontiff literally knelt at their feet, begging for them to maintain peace.

Although a later January 2020 peace deal seemed to pave the way for the papal visit — potentially to be organized alongside a visit by Archbishop Justin Welby, the leader of the Anglican Communion — the violence has increased over the past year.

This month, attackers stormed the northern village of Dungob Alei, killing 13 people and injuring nearly 10 others. In April, the Catholic bishop-designate of the Rumbek Diocese, Fr. Christian Carlassare, was attacked by assailants who shot him in both legs for no apparent reason.

Carlassare, an Italian-born Comboni Missionary, is now recovering at a Kenyan Hospital. In an interview with Italian Catholic channel TV2000, the priest addressed his diocese and called for people there to work on efforts at reconciliation and peace.

The diverse ethnic make-up of South Sudan and the varied religious affiliations — although the country of about 11 million is some 60% Christian, many people follow a diverse set of traditional African religions — have also been a major issue to the conflict, especially considering the unexplained attacks on church leaders. 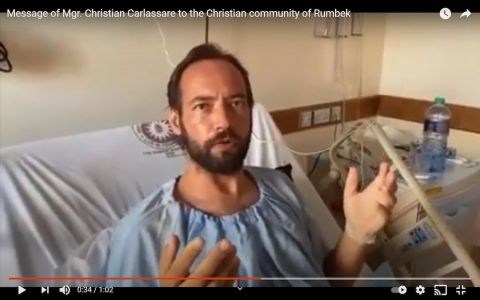 Italian-born Bishop-designate Christian Carlassare, who was shot by gunmen in Rumebek, South Sudan, speaks from a hospital in Nairobi, Kenya, in a video message posted April 28, 2021, on Twitter. (CNS/Comboni Missionaries)

In September, the U.N. Mission in South Sudan said the COVID-19 pandemic had slowed efforts to implement an earlier 2018 peace agreement. But the head of the mission, David Shearer, also said the pandemic "is not entirely to blame."

Parties to the conflict were frequently reverting to their "business as usual" approach under which "progress on the peace agreement itself limps along," said Shearer.

But there have been some bright spots, especially on May 9, when President Kiir finally dissolved parliament in order to allow for the appointment of members of opposition parties, as outlined in the 2018 deal.

Nearly four million people in South Sudan are internally displaced or seeking refuge outside the country, according to the Irish Catholic overseas development group Trocaire.

In a statement to NCR, the organization said more than eight million people in South Sudan were now expected to be in need of assistance in 2021. To add to this insecurity is a culture of fear that is gripping the country as attacks continue.

"Fear is a part of life," Fr. James Oyet Latansio, a Catholic Priest and General Secretary of the South Sudan Council of Churches, told NCR. "Priests need to be in communities, where the faithful are, to serve the people, but when there is conflict, this poses a challenge."

Fr. Jean Baptiste Musiitwa of the Wau Diocese in South Sudan said church leaders in the country are doing their best, but need international help. 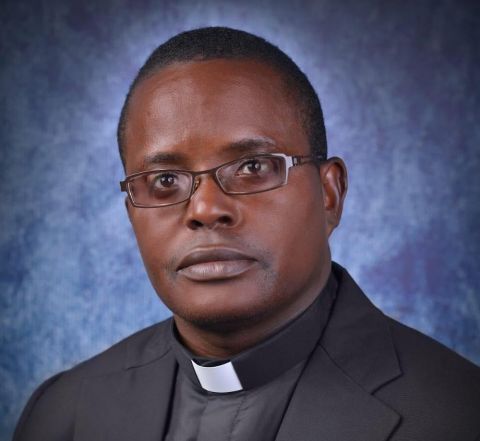 "The burden of changing the situation on the ground depends not on South Sudanese, for on their own they cannot bring about peace," said Musiitwa, principal of the Loyola Secondary School in the diocese. "It is the extensive international pressure that can inflict a cost on the leaders to speak to them about the joy of peace."

A visit by Francis, said the priest, would highlight to the world the "forgotten war" in South Sudan.

"It is a war that has been swept under the carpet, and it is right and fitting that Pope Francis comes to remind the people of South Sudan and the world the work that remains to be done in the search of comprehensive peace," said Musiitwa.

The civil war and natural disasters such as floods and the ongoing pandemic have worsened the economic situation in South Sudan. The World Bank said this month that South Sudan is currently among the poorest countries in the world

With the country marking 10 years of independence from Sudan in July, there are wider expectations that a lasting peace commitment by the leaders will bring better socio-economic fortunes for South Sudan.

Ekeno, who is also the director of the Multi-Educational and Agricultural Jesuit Institute of South Sudan, said a papal visit would be a good chance for the various warring groups "to dialogue and to consider working together." 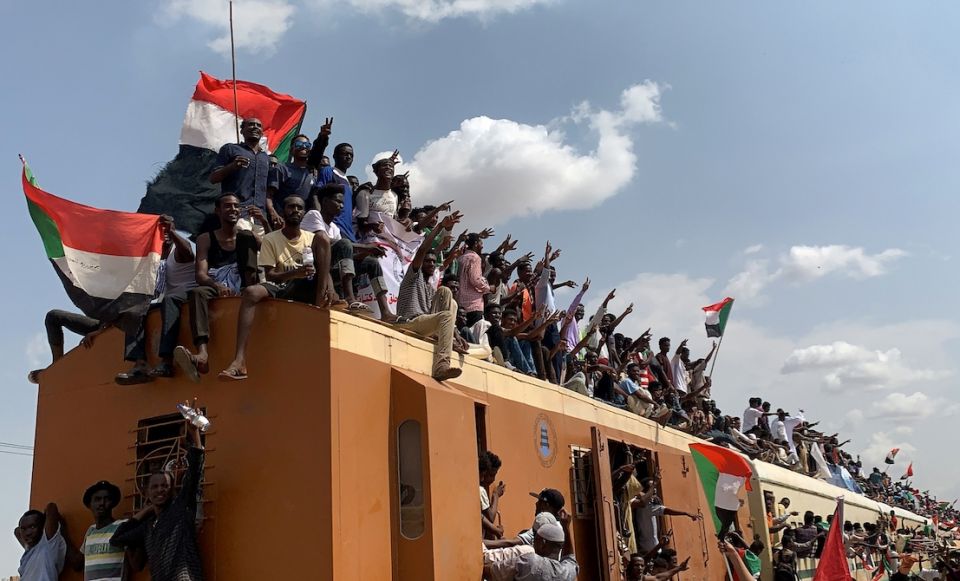 People in Khartoum, Sudan, ride on the train Aug. 17, 2019, to join the celebrations of the signing of the Sudan's new power-sharing agreement. Catholic bishops in South Sudan praised that peace agreement for neighboring Sudan. (CNS/Reuters/Mohamed Nureldin Abdallah) 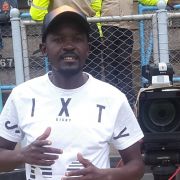 Tawanda Karombo is a journalist based in Harare, Zimbabwe, who specializes in sub-Saharan Africa, covering climate, environment, health, economics and all things Catholic in southern Africa.