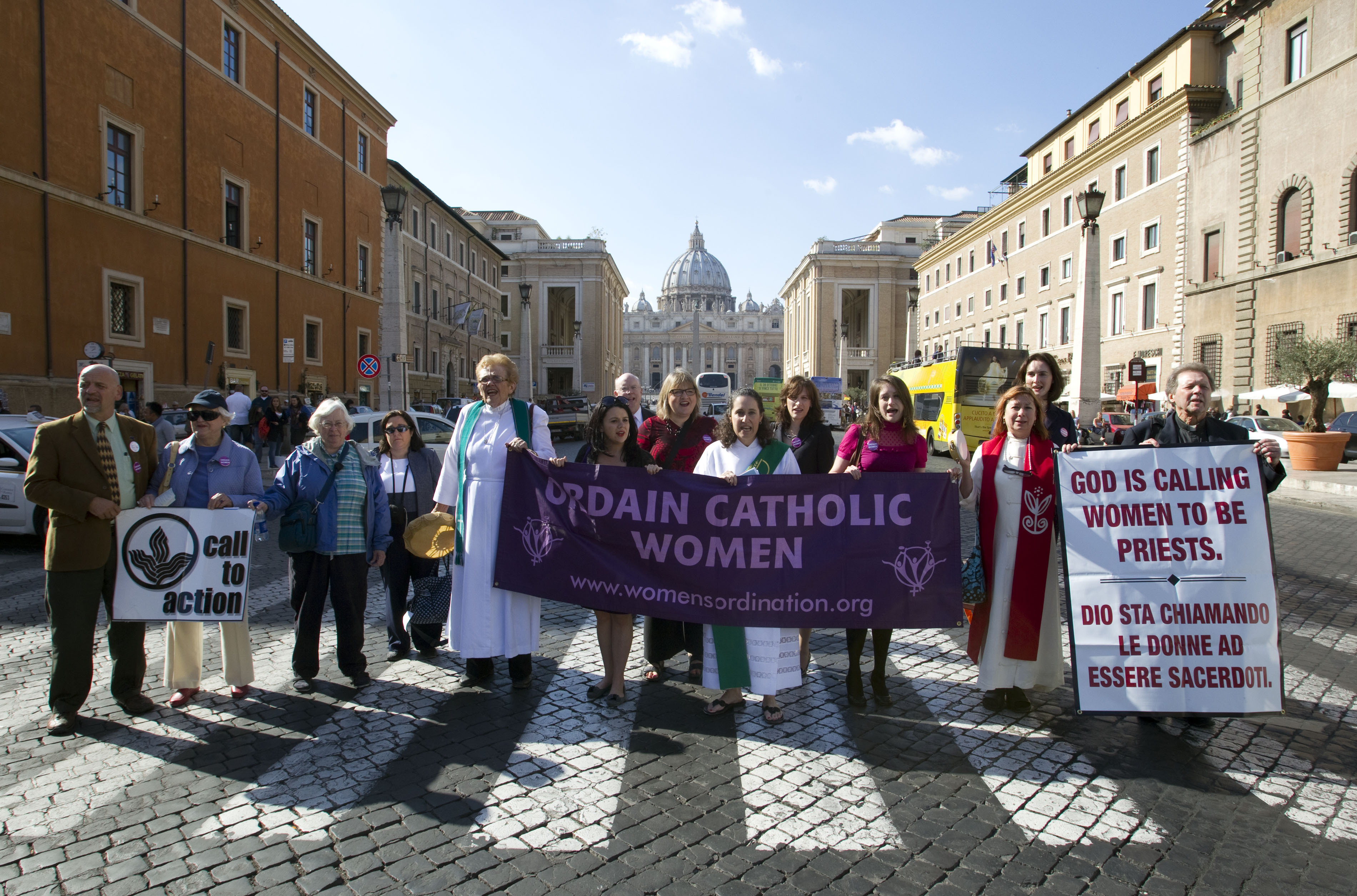 ROME — The Vatican has included a group that advocates for women's ordination on a website promoting a two-year consultation of rank-and-file Catholics, indicating that Pope Francis wants to hear from all Catholics during the process.

The inclusion of the Women's Ordination Conference on the website promoting the Vatican's 2023 "synod," or meeting of bishops, is significant since the Vatican has long held the group at arm's length. Catholic doctrine forbids the ordination of women as priests.

In the run-up to the synod, the Vatican has asked dioceses, religious orders and other Catholic groups to embark on listening sessions so ordinary Catholics can talk about their needs and hopes for the church.

The Women's Ordination Conference launched a "Let Her Voice Carry" campaign to do just that, providing a "tool kit" for users to understand the synod process and participate in it. It has also launched a series of online listening sessions so participants can engage virtually.

Last year, the Vatican office made headlines after it initially included and then removed a link to an advocacy group for the Catholic LGBTQ community which had also launched a campaign to seek the views of gay Catholics in the pre-synod process. The website moderators apologized and restored the link to the group, New Ways Ministry.

Francis has called for women to take on greater decision-making roles in the church but has strongly upheld the ban on their ordination.

Kate McElwee, executive director of the Women's Ordination Conference, said she was surprised that the Vatican had accepted the group's inclusion on the "Resources" site and said it showed "a lot of courage" from the synod office.

"The integrity and impact of the synod will depend on the inclusion of courageous conversations about women's equality," she told The Associated Press in an email. "I hope that this move from the synod office empowers more women to engage with the process and speak out."

She noted that the Vatican's synod organizers have stressed the need to listen to those on the margins of the church, and that "women's ordination advocates, and particularly those women called to priesthood, are some of the most marginalized in the church."