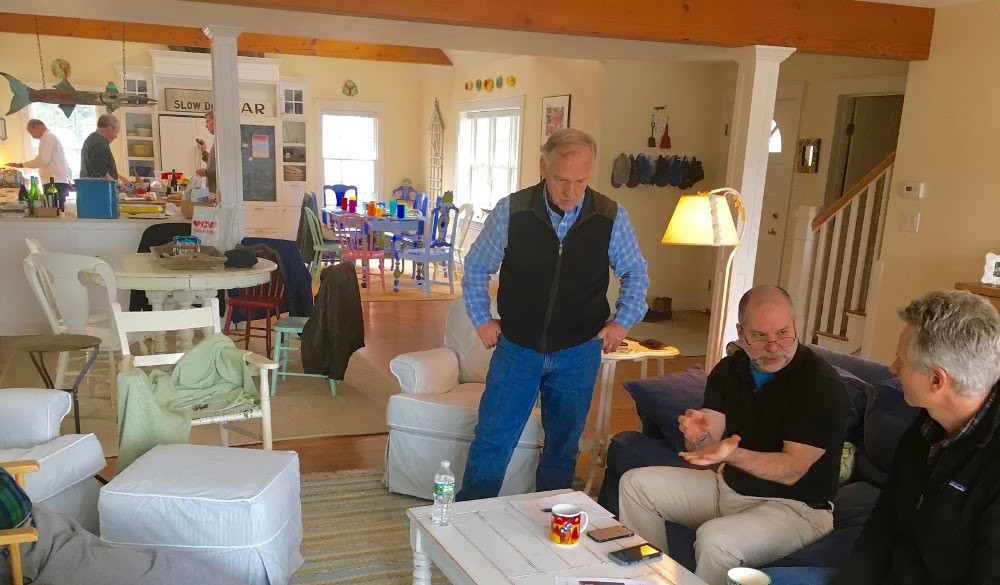 Members of a men's group from a Boston parish assemble a liturgy and, in the background, lunch. (Photo by Bill Mitchell)

Once a year for the past few years, our small men's group has gathered at the home of one of our members, a cozy but plenty big place on a pond at Cape Cod.

For the rest of the year, we gather about once a month, rotating from one member's home to another, experiencing our widely varying skills in the kitchen and talking for a few hours about matters spiritual and not.

The group includes nine guys ranging in age from 57 to 69, each of whom survived the backups between Boston and the Sagamore Bridge recently to show up at Mike's place in Harwich, Massachusetts.

On a Saturday the year before, we took off — briefly, as it turned out — for an afternoon Mass in a nearby town. If the service lasted longer than half an hour, there was no blaming the three-minute homily.

As much as we appreciated liturgical efficiency, we trooped back to the house feeling, let's say, less than spiritually nourished.

We wanted to do better this year.

As we did last year, we invited a priest friend to come on down and celebrate a liturgy with us. But he was booked, hardly surprising for a priest on a weekend.

After a hike to the beach and back the next morning, we gathered around a good blaze in the fireplace and explored our options. We had no interest in mimicking the Mass in detail, and we certainly didn't want to dishonor it in any way. But we did want to gather as friends with bread and wine and remember the one who encouraged us to do so in the first place.

Five of the group stayed by the fire to sketch a plan. The remaining four put out some food for lunch. 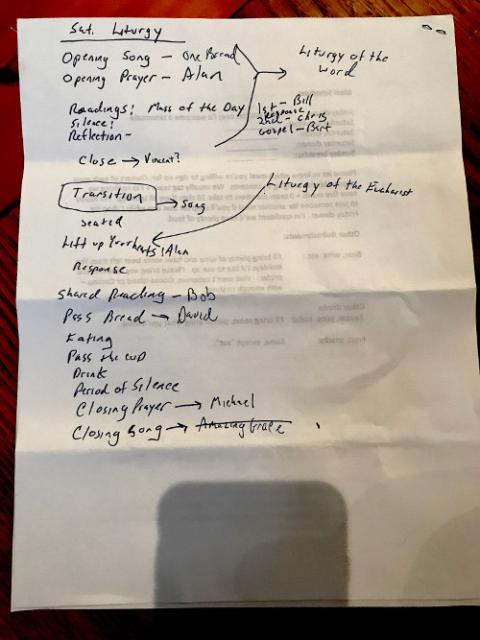 A few hours later, we were back by the fire, phones and iPads open to the daily readings posted by U.S. Conference of Catholic Bishops.

Vincent assigned me the first reading.

"There was no needy person among them," I read from the fourth chapter of Acts, "for those who owned property or houses would sell them, bring the proceeds of the sale, and put them at the feet of the apostles, and they were distributed to each according to need."

As the least employed of the nine, I drew some comfort from the biblical socialism I hoped my eight friends would remember should it come to that.

After the readings there was silence, a whole lot more than we noticed at the lickety-split service from last year and even more than we usually experience at the home parish Masses we appreciate so much. Several of us offered brief reflections out of the silence. Mostly I remember the silence and the space it created in the room for God.

The liturgy of the word complete, we headed into the kitchen and gathered around the table, a processional provided with some liturgical oomph as Peter opened his mobile phone played the "Glory Be" he created by layering multiple recordings of his own voice.

We forgot to plan a sign of peace. Vincent reminded us, and there followed 72 hugs. There was no collection.

Before we broke the bread and passed around the cup, Bob read from Chapter 22 of Luke:

"Then he took a cup, gave thanks, and said, 'Take this and share it among yourselves; for I tell you [that] from this time on I shall not drink of the fruit of the vine until the kingdom of God comes.' Then he took the bread, said the blessing, broke it, and gave it to them, saying, 'This is my body, which will be given for you; do this in memory of me.' And likewise the cup after they had eaten, saying, 'This cup is the new covenant in my blood, which will be shed for you.'"

Afterward, we compared notes on what we'd done. Before, we'd wondered aloud where or how the consecration would figure into our service. It didn't, rendering our time at the table quite different than Mass at our home parish or the jiffy one from last year.

But what did unfold helped us remember the one who asked us to remember. And it strengthened our friendship. 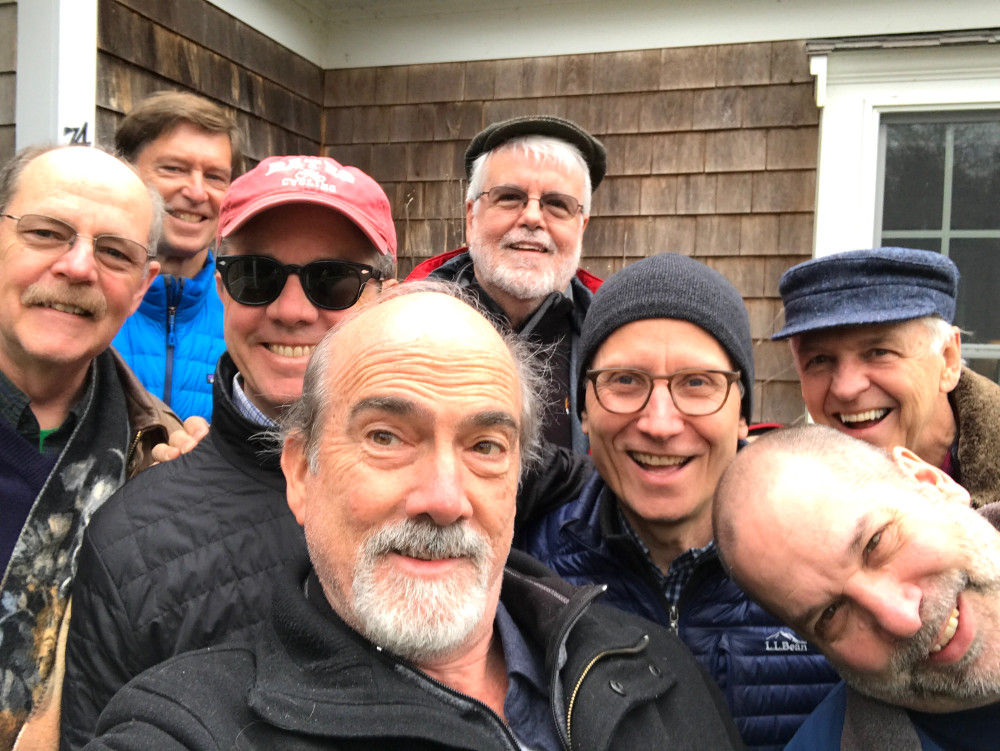 As much as we appreciated liturgical efficiency, we trooped back to the house feeling, let's say, less than spiritually nourished.

The next weekend, neighbors invited our family to the welcoming Shabbat dinner they host for friends and family every week, a down the street reminder that Jews have been doing for millennia the sort of thing we enjoyed at Cape Cod.

Gathering the way we did without a priest made me wonder about similar meals of remembrance in the early church. And what future gatherings might be like as the number of Catholic priests continues its insistent decline.

It got me thinking that things may be OK.

[Bill Mitchell is a former NCR board member who lives in Brookline, Massachusetts. He can be reached at bmitch@gmail.com.]