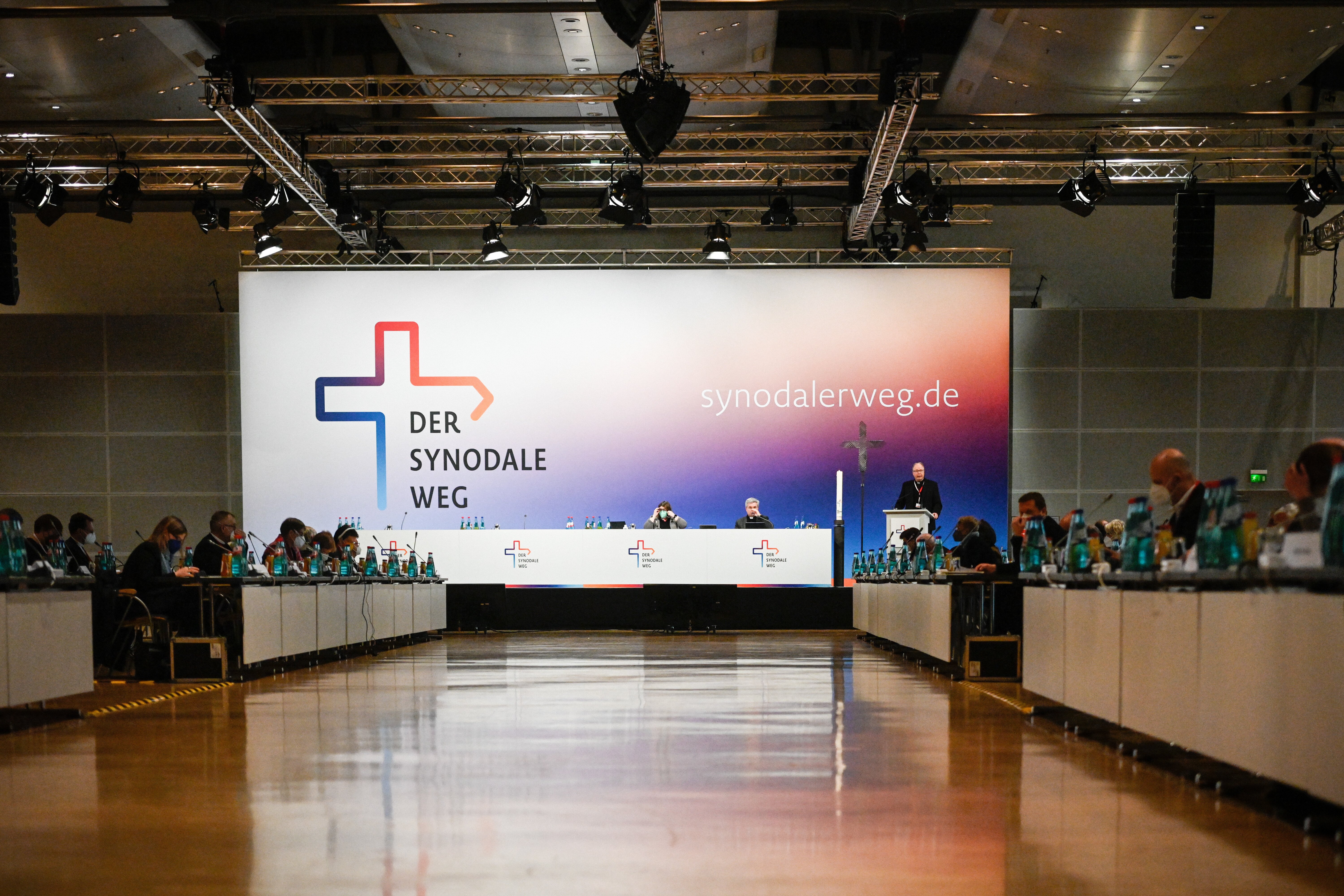 BONN, Germany — In early February, the plenary assembly of the Synodal Path met in Frankfurt and approved a number of far-reaching reform proposals for the Catholic Church in Germany. Now people in the church are debating what comes next regarding the approved resolutions and how to carry them out.

The first, or so-called orientation text, is a purely theological paper but one that has consequences for all the reform ideas put forward. It deals with the question of the sources from which the church draws its truths. Now, in addition to such known sources as the Bible, tradition and the magisterium, the text indicates three more: theological science, the "signs of the times," and the "sense of the faith of God's people."

Most likely, just a few years ago the Congregation for the Doctrine of the Faith in Rome would have declared such an opening of the church's register of sources as wrong. But at the moment, no such veto is expected from Rome.

This also applies to the second basic text concerning the question of power in the church. This text does not completely call into question the traditional hierarchy, but it does concede a greater voice of co-determination to laypeople.

The principles of democratic rule of law are now to be the measure for the church — without, however, the church itself being restructured into a majority-rule democracy. It would become a "synodally ordered" institution. This should also gain the blessing of Pope Francis, who was expressly referenced in the text.

The assembly also approved a text calling for greater participation by laypeople in choosing bishops. It involves the cathedral chapter, a group of clerics who advise the bishop and exercise some governance when there is no bishop. These clerics also help the nuncio choose a list of three potential bishops to submit to the Vatican. In the approved synodal text, cathedral chapters would be expanded in such a way that laypeople would be allowed to participate in the selection of bishop candidates. Since the special rights of the cathedral chapters are mostly regulated by concordats, these must either be altered or more flexibly applied. No veto from Rome is expected there.

It is similar for some of the texts that only passed a first reading. This includes tighter surveillance of sexual abusers and changes in the church's labor law. Because the church is a very large-scale employer in Germany, this latter issue has repeatedly been a matter of trouble — such as when a church employee openly living in a homosexual relationship lost his job due to his "personal lifestyle." This is also something that German bishops can change without the Vatican's input, and some have already started making changes in their dioceses.

All the other texts dealing with sexuality and gender equality will be more tricky. There is only a slim chance of Vatican approval for resolutions calling for a relaxation of celibacy rules for priests and for permitting women to be deacons. In both those cases, German bishops must petition the pope for special permission.

Regarding the celibacy question, in 2019 the Synod of Bishops spoke in favor of a relaxation, so that in case of an acute shortage of priests at least a basic celebration of the sacraments can be made possible. Since then, dramatic priest shortages have occurred in some German dioceses, so this door now at least stands ajar.

The same applies to women deacons. Pope Francis has repeatedly indicated his openness in principle to the idea. But the chances that he would allow this for Germany by issuing a special permission — such as advocated by the Synodal Path — are nevertheless slim.

For the foreseeable future it appears unlikely that the resolutions of the Synodal Path regarding sexuality and Catholic blessing services for homosexual couples will receive approval from the Vatican. Here the break with traditional doctrine would be too blatant. Therefore, the question now is not whether Rome would agree to it, but whether Vatican authorities would take action against bishops who allow or promote such blessing services.

But no such tolerance is expected from Rome concerning the Synodal Path's call for women in the priesthood. In this, canon law dictates that even the attempt to ordain a woman as a priest automatically leads to excommunication. Before any movement in this area can become possible, there first must be an effort launched to change this penalty provision.