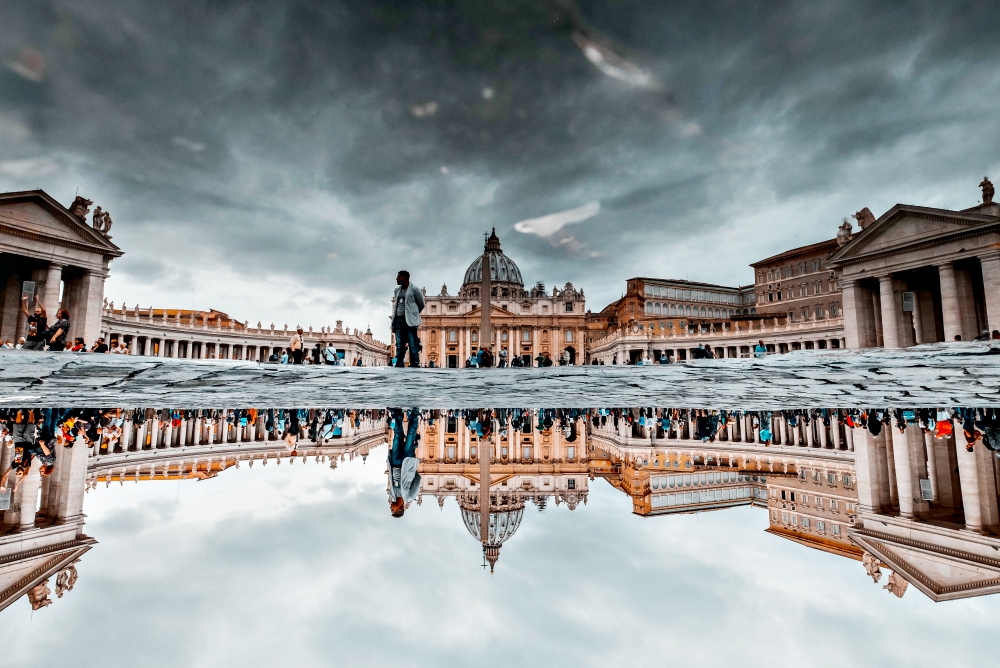 In the midst of the angst that has accompanied the revelation of unparalleled amounts of sexual abuse of children in the Catholic Church, the cry for reform gets louder by the day.

For some, it's a call for the elimination of celibacy as an unnatural and therefore impossible way of life. For others, it's about barring homosexuals from the priesthood, as if homosexuality was in essence a model of immorality rather than simply another state of nature — just like heterosexuality with its own immoral aberrations. For many, it's about a lack of psychosocial development in seminaries; for others, it's about the liberalization of the church since the Second Vatican Council, no matter that the bulk of assaults happened, apparently, before the end of the council.

Indeed, there are as many explanations for this crisis in morals, spirituality, church and trust as there are people, dioceses, parents, priests, lawyers, whomever. But there is one element on which everyone seems to agree: There must be repentance. There must be accountability. There must be reform.

Most of the cries for reform also call for reform of structures. The great consensus seems to cluster around issues of how and to whom victims may register complaints. The questions are endless: Who will create the sex abuse committees? Who will appoint the commissions? Who will be on these boards, in these official offices, as official officers? Lay people as well as clerical? And how much of the work of these committees will be shared with the public? Most of all, who will hold the final authority to judge these cases: the chairperson of the group, the bishop of the diocese, a Curia in Rome, a papal tribunal, the pope — as Pope Benedict XVI declared that he himself would do — or a jury of peers?

Well, whatever the answer to those legal technicalities, I agree that some reform of structure is essential. The damage done by the pontifical secret and its notion that ecclesiastical scandals should be kept hidden rather than exposed is now embarrassingly clear. A change of structures is obviously imperative.

At the same time, I do not agree that a change of structures alone will really change anything much at all. Not in a church whose theology of exclusive papal authority comes from Pope Gelasius in the fifth century. On the contrary: We are going to need a great deal more than structures. As Pope Francis himself said to the Chilean bishops' conference in May: "It would be a serious omission on our part, not to delve into the roots ... the dynamics that made it possible for such attitudes and evils to occur."

The fact is that structures validate process. But process guarantees nothing but adherence to the values, the ideals and — in a church — whatever theology underpins them. It's the theology that counts.

Structures have been used to validate evil forever. As in the present. Nothing that canonical courts dealt with would deal adequately with the evil of child abuse while it was bishops themselves, in concert with Rome, who provided the secrecy that would maintain the problem. In the name of holy secrecy, bishops and their lawyers could intimidate the complainers with confidentiality agreements, label the children themselves liars and so embed the guilt in the wrong place, and keep the church free from scandal for, of course, "the good of the faithful."

Indeed, we must "delve into the roots" of it. Of which, I think, there are at least four.

Francis is painfully clear about one such root of it — the scourge of clericalism that creates a caste system in Catholic Christianity.

Clerics make up less than 1 percent of the church. But clericalism makes its clerics superior to the rest of the church in power, the presumption of holiness, absolute parochial authority and as the keepers of accountability. It moves clerics light years away from the Jesus who "did not see being equal to God a thing to be clung to." It moves the rest of us to talk about being "the people of God" — as if we knew we were — but then fail to call the clerical church to public discussion of great theological "truths."

A third dimension of the problem is certainly the theology of obedience that derives, of course, from our definition of church and the role of the clergy but affects the personal lives of Catholics in a particularly insidious way. It turns obedience in the church — a commitment to "listening to the Spirit" — into blind obedience, a kind of military code attached to a series of clerical commanding officers.

As a result, 100 percent of the decisions, the discernment and the moral perspectives of the laity are simply ignored. National conferences of bishops, dioceses and parish priests — the clerical 1 percent of the church — all stumble along laying down laws developed by few but heralded by the clergy alone.

Pope Paul VI toyed with the notion of clergy/lay consultation on the birth control question — certainly a question for the sacrament of marriage if ever I saw one. But then, at the end, under pressure from Cardinal Karol Wojtyla, who would later himself become Pope John Paul II, Paul VI rejected the advice of some of the strongest Catholic lay couples on the globe and declared birth control legislation binding. And we know where that got them.

And finally, under it all, the fourth necessary element of reform lies in the theology of priesthood that insists that the ontology of the human being is changed by priestly ordination. Translation: a priest is not like other human beings. Ordination gives them a special mark, an eternal one. Then, out of that reasoning, they connect their special character, their special place in the church, their special authority, their special holiness.

To be honest with you, I have never met anybody who wasn't special in a special way. To reserve that for priesthood obviously distorts the character of the rest of the church. As it has.

From where I stand, it seems to me that what we wind up with is a sin against adult conscience and the infantilization of the laity. What we finally wind up with are questions of church, clericalism, obedience and human ontology unanswered and unaddressed.

What we wind up with is a church still living in the last century while pretending to have answers to the questions of this one. But that's just what they did in the 16th century when Martin Luther wanted to talk about celibacy, the sale of relics, and publishing the Bible in the vernacular so that everybody, not just the clergy, could read it.

The truth is that real reform depends on the teachings of the church. Not simply on a change of structures.

As the song says, "When will they ever learn?"