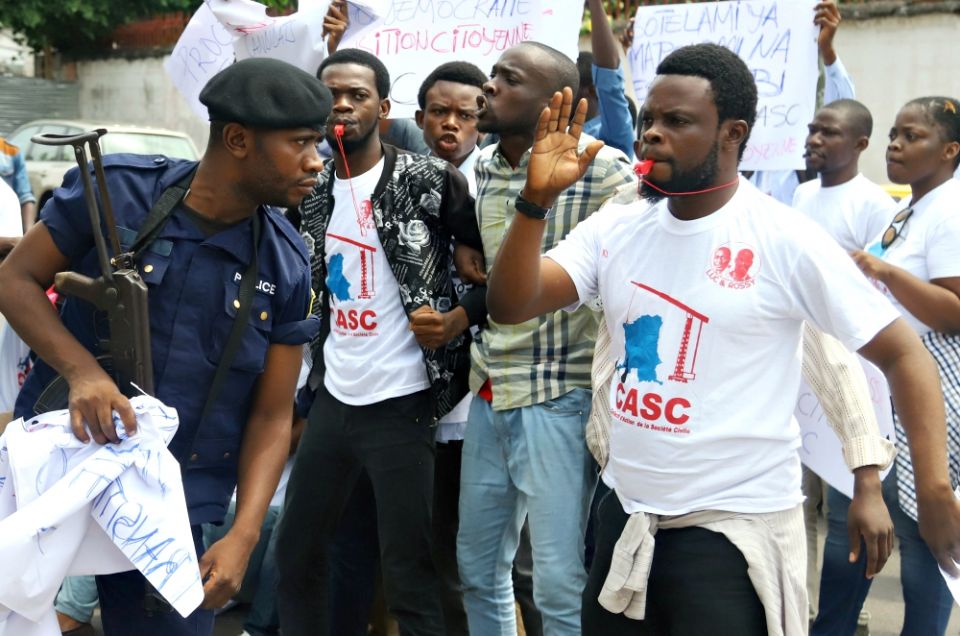 Harare, Zimbabwe — The political and humanitarian situation in the Democratic Republic of Congo is tense ahead of elections expected on Dec. 23 as Catholic bishops around the country press for an "electoral campaign devoid of violence." Meanwhile, economic and investment experts say delays to the polls have kept away foreign investors.

President Joseph Kabila made the unpopular decision to delay the election by two years. But opposition parties and human rights campaigners were relieved when he agreed to step aside from contesting for another term. His ruling People's Party for Reconstruction and Democracy will be represented by Kabila's successor, former interior minister Emmanuel Ramazani Shadary.

Kabila's stay in power — even beyond his term, which ended in 2016 — has been dominated by instability in the country as well as a worsening humanitarian situation exacerbated by outbreaks of disease such as Ebola and continued infighting between government and rebel forces. Congo's Catholic bishops have been highly critical of Kabila and his government and have been pushing for the creation of democratic spaces ahead of the elections.

"Our church does not have its own candidates. But it has sons and daughters ... in line of battle for a civic competition, namely: democratic elections," Bishop Emmanuel-Bernard Kasanda of Mbujimayi said in an Oct. 16 letter directed to Catholic contestants in the general election.

"Let me tell you, my dear sons and daughters, that I admire your courage and especially your determination to plunge into the water, despite the waves," he said.

Kasanda exhorted the Catholic candidates to "redouble courage to safeguard the integrity of the process" and to "mark your electorate with sober and realistic social projects" as well as to shun tribalism and corruption.

Additionally, he encouraged the candidates to be tolerant of opponents and be "peacemakers in a country already unjustly torn by conflict" across various divides.

"I expect from you an exceptional electoral campaign, devoid of violence and mutual attacks, devoid of any offensive and demagogic remarks," he said.

The Congo Catholic Church has embarked on a regional campaign to exhort other leaders in neighboring countries to press upon Kabila and his administration to entrench fairness and credibility in the upcoming vote.

The bishops' conference of the Democratic Republic of Congo, led by Archbishop Fridolin Besungu of Kinshasa, noted recently that escalation in political tensions in the country have heightened fears among the country's populace.

"We ... are concerned about the current state of the electoral process of our country. We are convinced that only a credible, transparent, inclusive and peaceful election is the real solution and peaceful way out of the socio-political crisis that our country has been going through since 2016," bishops representing the National Episcopal Conference of Congo said during a visit to Zambian President Edgar Lungu.

Congo's Catholic bishops stated that they believed that Southern African Development Community leaders have the opportunity to "help the Congolese people come out of this crisis to win the challenge of organizing a worthy, credible, transparent, inclusive and peaceful election" in two months.

Amnesty International has criticized Kabila for banning or brutally suppressing demonstrations by opposition parties and civil society organizations in Congo.

Stephen Lamony, senior advocate for Africa at Amnesty International, said that "over 300 people have been killed and scores injured or arbitrarily arrested" while "political opponents and human rights defenders have been arbitrarily arrested and prosecuted in politically motivated charges."

There are fears that the fight between the rebels — aligned with such groups as the Allied Democratic Forces — and government forces could escalate, and so could the humanitarian and political situation, impacting the holding of peaceful elections. Media reports and briefings from humanitarian relief groups say relief organizations, including Catholic agencies such as Catholic Relief Services and Caritas, have been strained by the escalating situation and tensions in the country. 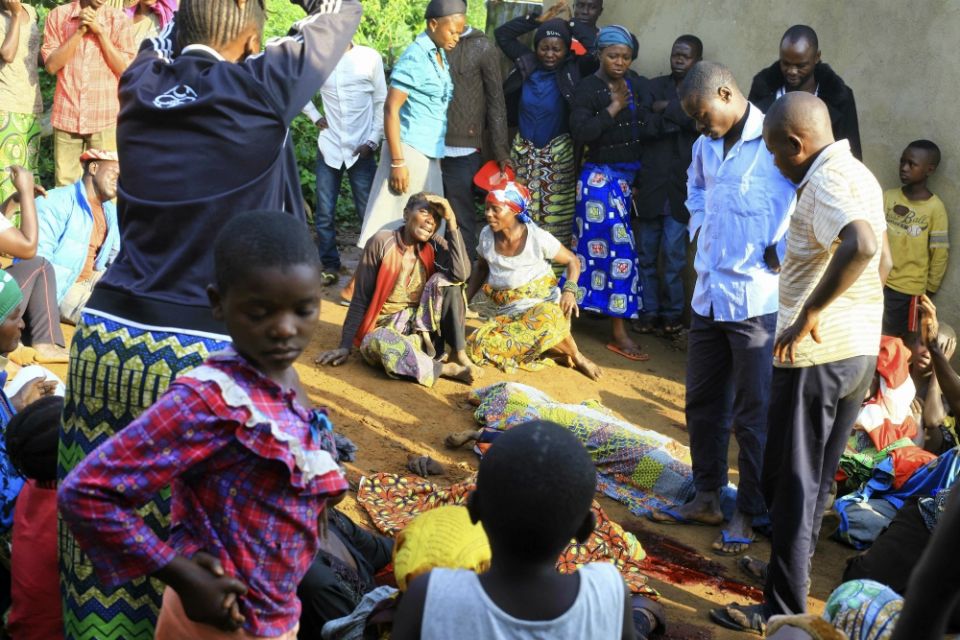 "There is growing need for relief assistance and as things stand, the agencies are strained because of the rebel attacks while the Ebola outbreak has made things worse. More resources are needed and an appeal has to be made for peace and calm ahead of the elections because it is the vulnerable that suffer the most from the attacks and from the infighting, which we expect to escalate ahead of the elections," said a social worker with a Catholic-aligned nongovernmental organization, who did not wish to be named due to fear of straining the organization's relationship with the government.

Michael Stulman, the regional information officer for West and Central Africa for Catholic Relief Services, would not comment on the situation in Congo.

However, François Conradie, the head of research at NKC African Economics, an Africa-focused economics research and advisory firm, told NCR that the "situation in the DRC is very unstable, although it is risk-positive that President Joseph Kabila will not, after all, run for re-election" in December.

"We expect increasing unrest as the election date approaches, and as results are announced," Conradie said. "Government is certainly not committed to a free and fair contest, so the claims of fraud that we expect the opposition to make will have merit. The delays in holding the elections have kept investment on the sidelines — the passing of a new mining code that is stricter on corporates has not helped."

He emphasized that the "humanitarian situation is equally serious" although he said, "This is not directly related to the elections."

Conradie also noted that "militia activity in the east of the country, and the recent repatriation of Congolese from Angola" accounted for much of the "displacement of people" that has exerted pressure on the social and humanitarian situation.

The United Nations says the conflicts in Congo have reached worrying levels, especially in the Beni region, "where civilians, security forces, and the UN peacekeeping mission in the DRC (MONUSCO) continue to come under near-daily attacks."

Leila Zerrougui, the Congo special representative of the U.N. secretary-general, told the Security Council recently: "Responders are currently grappling with the issue of simultaneously scaling up response efforts, both in Beni and in other nearby areas, while adapting the footprint to the deteriorating security situation."

Other experts, such as Christopher McKee, CEO of PRS Group, a consultant to major investment and financial groups in Congo, told NCR that investors were relieved when Kabila announced that he was not seeking re-election, which improved the country's "risk matrix."

However, McKee highlighted that the optimism for the credibility of the Congo election is waning as conflicts continue and as confidence in the readiness and credibility of voting machines declines.

"If we are saying this will be a presidential and parliamentary poll, it is going to be logistical nightmare," he said. "The voting machines are susceptible to a number of issues and there is not much confidence in them. Additionally, we don't see the corruption that has been dominant changing."