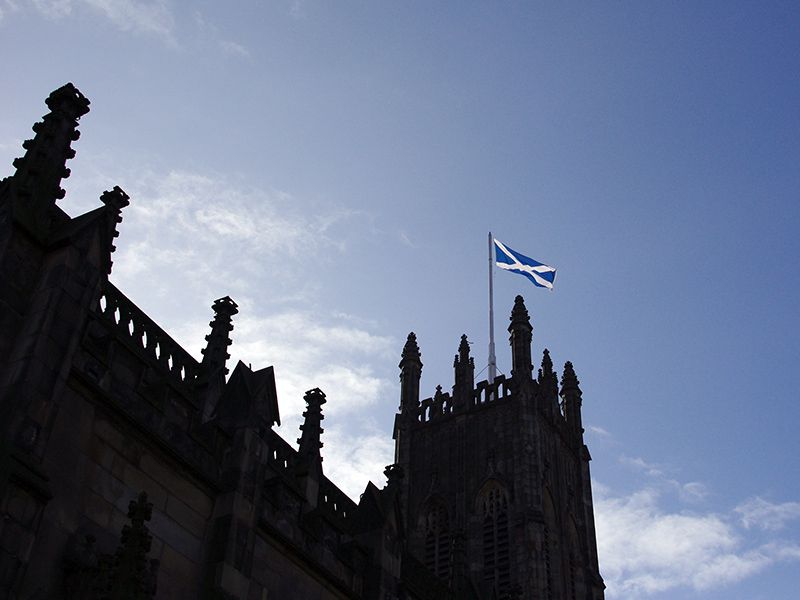 London — The first gay marriage in an Anglican church in Britain took place Aug. 1, a day after Archbishop of Canterbury Justin Welby described the continuing squabbles over same-sex marriage in the worldwide Anglican Communion as “intractable.”

The gay couple, known as “Mark and Rick,” had their order of service posted on Facebook, which told people that they were married Aug. 1 at a service that included the Eucharist at St. John’s Episcopal Church in the center of Edinburgh. The Rev. Markus Dünzkofer, rector of St. John’s, a church of the Scottish Episcopal Church, which is part of the Anglican Communion, officiated.

The wedding was “a small intimate occasion,” said Dünzkofer. The couple, he said, were Americans with Scottish connections who had been together 24 years.

“This was not some pretty, fancy occasion,” he said. “They wanted a religious ceremony and they wanted it to be a nuptial Mass.”

In June, the Scottish Episcopal Church, which is part of the Anglican Communion, announced that it was allowing gay weddings after its synod voted to amend its canon law on marriage. The change was made when the synod agreed the law stating that marriage was between one man and one woman should be removed.

Anglican national churches in Brazil, South Africa, South India, New Zealand and Canada have taken steps toward approving and celebrating same-sex relationships amid strong resistance among other national churches within the 80 million-member global body. The Episcopal Church in the U.S. has allowed gay marriage since 2015.

The Scottish vote sparked a backlash from traditionalists in the Global Anglican Future Conference, or GAFCON. The group responded by announcing it had appointed a missionary bishop to Scotland to offer alternative leadership for traditionalist Anglicans opposed to the synod’s decision.

Welby, speaking to the BBC from Africa where he has been traveling, was asked if the Anglican Communion’s rift over homosexuality might worsen, given that the communion’s center of growth is on that continent, where traditional views on marriage hold sway.

The archbishop answered: “It’s an intractable problem. This is more complex than having a binary approach. There is not an easy fix, but the primates (of the Anglican Communion) have said that they will work together."

But the situation in Scotland will make the archbishop of Canterbury’s task in keeping the Anglican Communion together much more difficult.

Since the vote in June, at least nine Scottish Episcopal Church clergy have registered to officiate at same-sex weddings. The first to sign up was the Rev. Kelvin Holdsworth, the provost of St Mary’s Cathedral in Glasgow.

Holdsworth, a leading figure in the Changing Attitude Scotland campaign, said that people in Scotland have changed their minds on gay marriage and now support it.

“The congregation has been hugely supportive. There were loud cheers in church when I announced that bookings for weddings were now open to all couples, when I received permission to do this a couple of weeks ago,” Holdsworth said. “Several members of the congregation were wearing badges saying, ‘The Archbishop of Canterbury has no jurisdiction in this realm of Scotland.’” 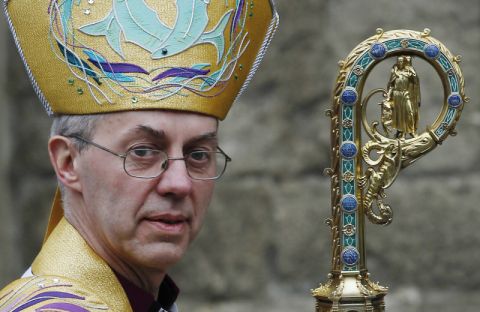 Archbishop of Canterbury Justin Welby, after his enthronement ceremony at Canterbury Cathedral, in Canterbury, southern England, on March 21, 2013. (Photo by Luke MacGregor/Reuters)

St. John’s Church in Edinburgh first announced that it would offer the rite of marriage beginning in July. Dünzkofer said that there had been dialogue throughout the Scottish Episcopal Church about human sexuality and same-sex marriage.

“It has been easier than in the Church of England," he said. "We are a smaller church, we are not the established church and there is less of an evangelical voice. But we heard different perspectives and heard very different voices.”

Dünzkofer estimated about 80 percent of his congregation approved the change in doctrine. St John’s website reflects these varying opinions, with an apology “for the deep pain” the church caused to LGBTQ people and their families. “(W)e asked for forgiveness for our resistance to proclaiming the love of God more courageously. We have failed.”

But it also says that it “recognizes that the radical move by the Scottish Episcopal Church will be difficult for some people. We also have failed in loving more generously and embracing more compassionately those who disagree with recent developments in church and state. For this we are sorry, too.”

The proximity of Scotland to the Church of England will make the situation particularly difficult for Welby. Although they have only an estimated 100,000 members, the impact of gay weddings in its Scottish Episcopal churches will be significant, according to Simon Sarmiento, of the website, Thinking Anglicans.

“Gay Anglicans in England will be able to travel to Scotland to get married, putting more pressure on the Church of England,” he said.

Within the Church of England there are deeply divergent views on gays, and at the most recent General Synod, a bishops’ report advocating no change in the church’s stance on the blessing of gay partnerships or the conducting of gay marriages was narrowly rejected.

Since then a Pastoral Advisory Group has been set up and chaired by Bishop of Newcastle Christine Hardman to support and advise dioceses on pastoral approaches to human sexuality.

Holdsworth said Welby is wrong to say the problem is intractable and urged him to speak to gay people who want to help come up with solutions.

“If Justin Welby wants to hear from passionate Anglicans with lots of ideas about how to solve these troubles then one of the things he needs to do is to speak to the people concerned. LGBT people from around the communion would be willing to meet him to help find solutions," Holdsworth said. “The last time an international meeting of LGBT activists was invited to meet with a senior leader from the Anglican Communion was in 2005.” 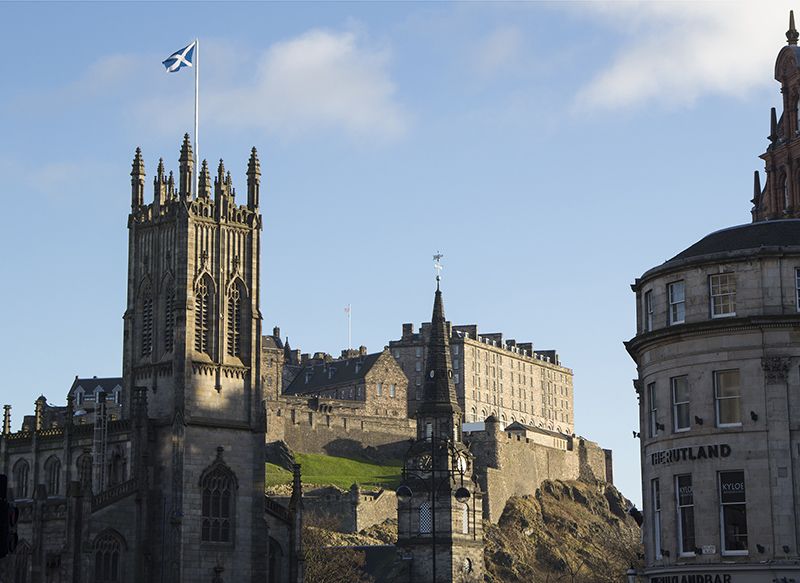 Children have the right to a mother and a father, Italian cardinal says