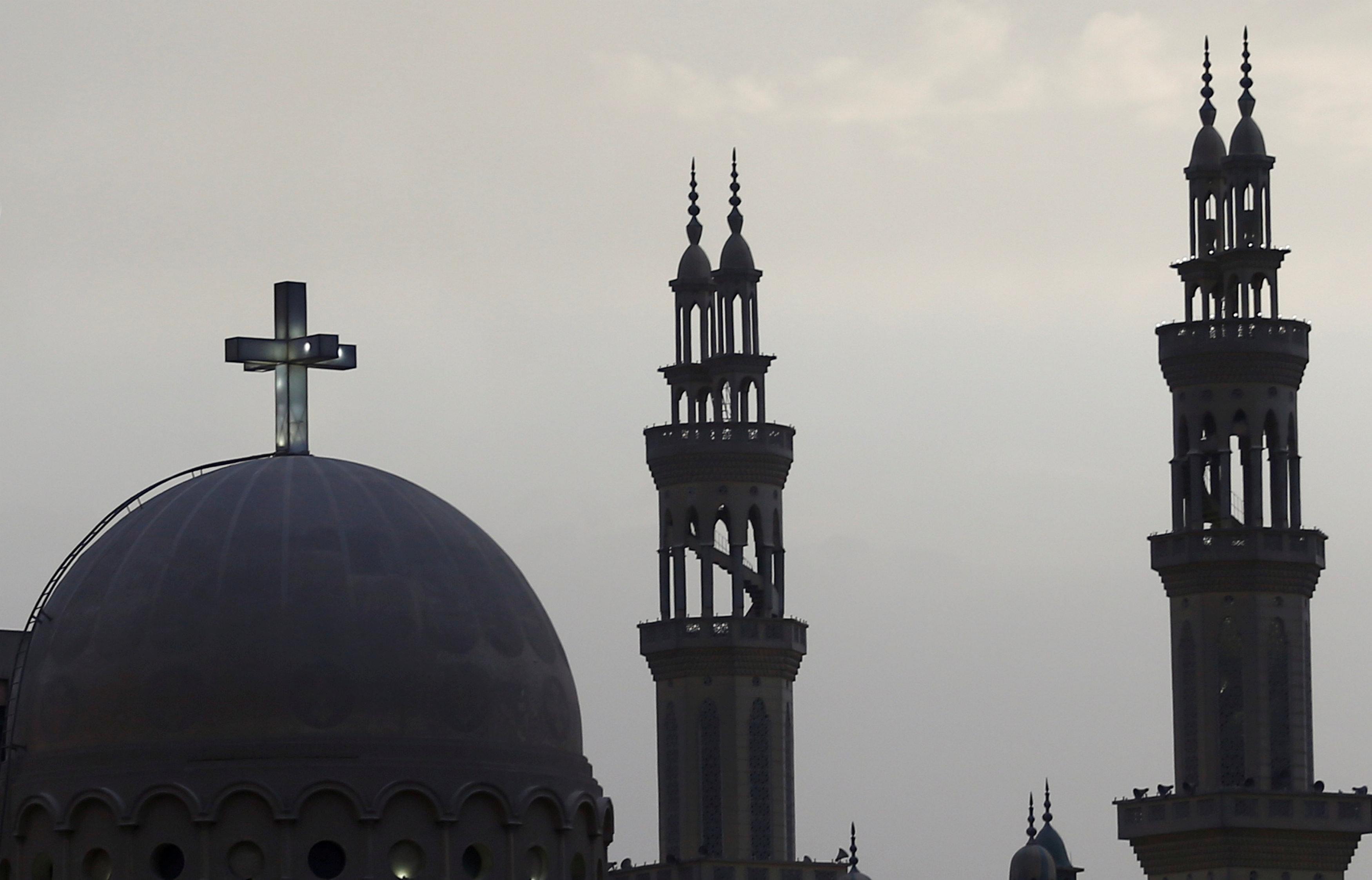 A cross above a church is seen alongside minarets of a mosque April 17 in Cairo. (CNS/Amr Abdallah Dalsh, Reuters)

At least 10 people, including eight Coptic Christians, were killed after unidentified gunmen opened fire outside a church in a south Cairo suburb, Egypt's Health Ministry spokesman said Friday. It was the latest attack targeting the mostly Muslim country's embattled minority.

Health Ministry spokesman Khaled Megahed said the attack outside the Coptic Church of Mar Mina left at least one policeman dead and eight others wounded, including two critically. The attack took place when two gunmen on a motorcycle opened fire outside the church, he said.

Egyptian security officials said earlier that two policemen were killed in the shootout and the discrepancy was not immediately clear. The officials requested anonymity because they were not authorized to brief the media.

A video circulated on social media after the attack apparently shows the gunman lying on the ground. Authorities have closed off the area around the church.

Raouth Atta, 40, was attending prayers inside the church when the shooting took place.

"Once the gunfire was heard, the gates were closed immediately," she told The Associated Press over the phone. "People were terrified and wanted to check on their families in other buildings of the church. We stayed inside for 30 minutes before we were able to get out." Atta said that once she was let outside the building she saw blood scattered everywhere.

The spokesman for the Coptic Orthodox Church said in a statement that at least six people were killed in the attack, including five Copts and a policeman. It also said there was a separate attack on a store in the same suburb of Helwan that killed two Copts.

Egypt's Christian minority has been targeted by Islamic militants in a series of attacks since December 2016 that left more than 100 dead and scores wounded. The country has been under a state of emergency since April after suicide bombings struck two Coptic Christian churches on Palm Sunday in an attack that was claimed by the local affiliate of the Islamic State group.

Christians, who make up about 10 percent of Egypt's population, have long complained of discrimination in the Muslim-majority nation, and say authorities have often failed to protect them from sectarian attacks.