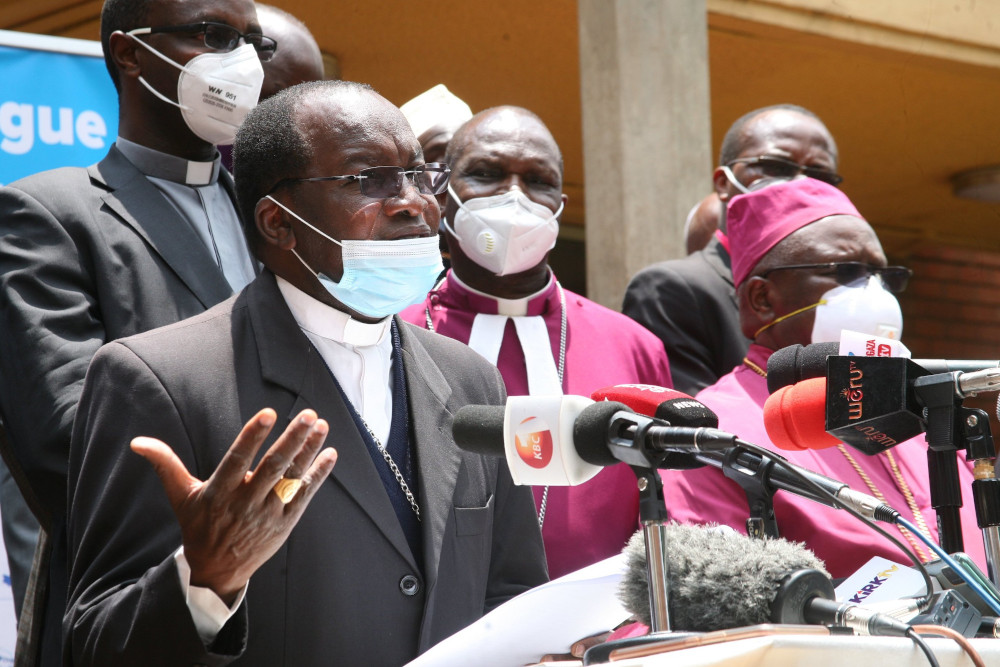 Catholic bishops in Kenya have banned politicians from addressing congregations in churches over concerns that the leaders were abusing the purity of places of worship.

The bishops issued the ban after it became evident that political leaders were turning the churches into campaign fields, as the political realignments occur ahead of next August's general election.

"We wish to firmly state again that our places of worship and liturgy are sacred and (do) not serve as political arenas. The church is above politics," Archbishop Martin Kivuva Musonde, chairman of the Kenya Conference of Catholic Bishops, said in a statement delivered at a news conference in Nairobi Sept. 15. "We as clergy, and especially the priests, are to ensure that places are not used by leaders to further their political agenda."

According to the bishops, any politician who attends Mass must do so like any worshipper.

"No special consideration should be made for him or her to propagate his or her political agenda, nor address the congregation in our places of worship," said Kivuva.

On Sept. 12, Anglican Archbishop Jackson Ole Sapit of Kenya issued a similar ban, saying the politicians were interfering with the sacredness of the places of worship.

At the news conference, the Catholic bishops also addressed other concerns, including, the politicians' defiance of a government ban on rallies due to the COVID-19 pandemic, a dispute between the president and his deputy, and politically instigated violence.