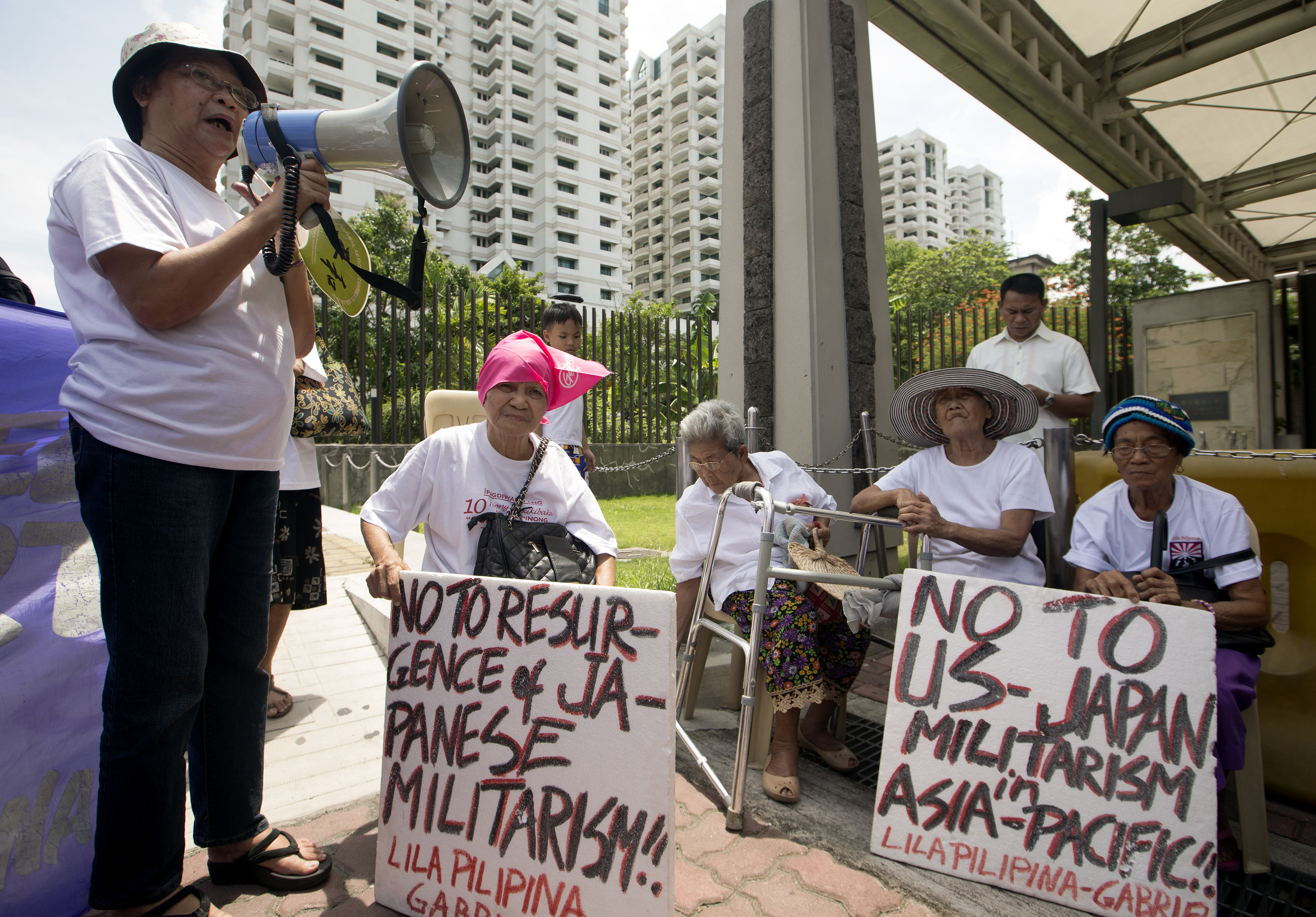 As Pope Francis and leaders of other churches and religions signed a declaration pledging to work together to help end modern slavery in the world by 2020, he urged governments, businesses and all people of good will to join forces against this "crime against humanity."

Tens of millions of people are "in chains" because of human trafficking and forced labor, and it is leading to their "dehumanization and humiliation," the pope said at the ceremony Dec. 2, the U.N. Day for the Abolition of Slavery.

Every human person is born with the same dignity and freedom, and any form of discrimination that does not respect this truth "is a crime and very often an abhorrent crime," the pope said.

Inspired by their religious beliefs and a desire "to take practical action," the pope and 11 leaders representing the Muslim, Jewish, Orthodox, Anglican, Buddhist and Hindu faiths made a united commitment to help eradicate slavery worldwide.

The leaders signed the joint declaration at the headquarters of Pontifical Academy of Sciences in the Vatican Gardens. The signatories included: Anglican Archbishop Justin Welby of Canterbury; Rabbi David Rosen, international director of interreligious affairs for the American Jewish Committee; Ayatollah Mohammad Taqi al-Modarresi, an influential Shiite scholar; and representatives signing on behalf of Ahmad el-Tayeb, the grand imam of Al-Azhar University -- a leading Sunni Muslim institution in Cairo -- and Ecumenical Patriarch Bartholomew of Constantinople.

The declaration recognized that any action that fails to respect every person's freedom and dignity "is a crime against humanity."

"We pledge ourselves here today to do all in our power, within our faith communities and beyond, to work together for the freedom of all those who are enslaved and trafficked so that their future may be restored," it said.

"Today we have the opportunity, awareness, wisdom, innovation and technology to achieve this human and moral imperative," said the joint declaration, which was read aloud in English by a man from Ghana and in Spanish a woman from Mexico, both of whom had been victims of human trafficking and forced labor.

The initiative was organized by the faith-based Global Freedom Network, which was launched in March after a joint agreement by the Vatican, Al-Azhar University and the Anglican Communion.

Francis thanked the men and women religious leaders for this "act of fraternity" on behalf of the countless numbers of women, men and children who are exploited for personal or commercial gain.

Despite global efforts, the scale of this "atrocious scourge" is on the rise and it often "disguises itself behind apparently acceptable practices" like in tourism and different forms of labor, he said.

"It hides behind closed doors, in homes, on the streets, in cars, in factories, in the fields, on fishing boats," in the biggest cities or smallest villages and in the richest and poorest countries of the world, he said.

The pope asked that people of faith join together in the fight to end slavery and he called for the "steadfast support" of the world's governments, businesses and people of good will to "join this movement."

"We cannot tolerate that the image of the living God" present in every human being "is subjected to this most abominable form of trafficking."

Each of the religious leaders present was asked by the moderator -- CNN correspondent Christiane Amanpour -- to give "an appeal" to the world to support an end to human exploitation.

Hindu leader Mata Amritanandamayi said she has heard the stories of hundreds of victims and "if we fail to do something, it will be a travesty against future generations," she said through an interpreter.

Values are skewed, she said, when a man can sell his sperm or a woman her eggs for a huge amount of money, but yet a child can be sold "for as little as 20 dollars."

"We need laws without loopholes" to stop traffickers and their activities, she said.

Thich Nhat Hanh, a Zen Buddhist leader, said in a message read by his representative that activists also must have compassion for the traffickers, to see that they, too, have suffered in some way and to "help them wake up" from the wrong they are committing.

Contemplation must be accompanied by action, he said, and a greater detachment from material things will let people "have a lot more time" to work to bring freedom to the world.

Welby said people can avoid the exploitation of others with their "own actions and choices as consumers and users of financial services whose managers can put great pressure on companies in which they invest."

Communities can welcome and support those who are freed from traffickers, and businesses worldwide can "ensure robust systems for slave-free supply chains," he said.

According to the 2014 Global Slavery Index, almost 36 million people are currently caught in some form of modern slavery; the International Labor Organization estimates that organized crime networks reap about 150 billion dollars a year from trafficking in persons, about 80 percent of that from prostitution.

Also attending the signing ceremony at the Vatican were: Luis CdeBaca, ambassador-at-large in the U.S. State Department's Office to Monitor and Combat Trafficking in Persons; and actress Mira Sorvino, who starred in a miniseries on human trafficking in 2005, and in the 2012 film "Trade of Innocents" about the sex tourism trade.

A version of this story appeared in the Dec 19, 2014-Jan 1, 2015 print issue under the headline: Pope, religious leaders pledge to work together to end slavery.