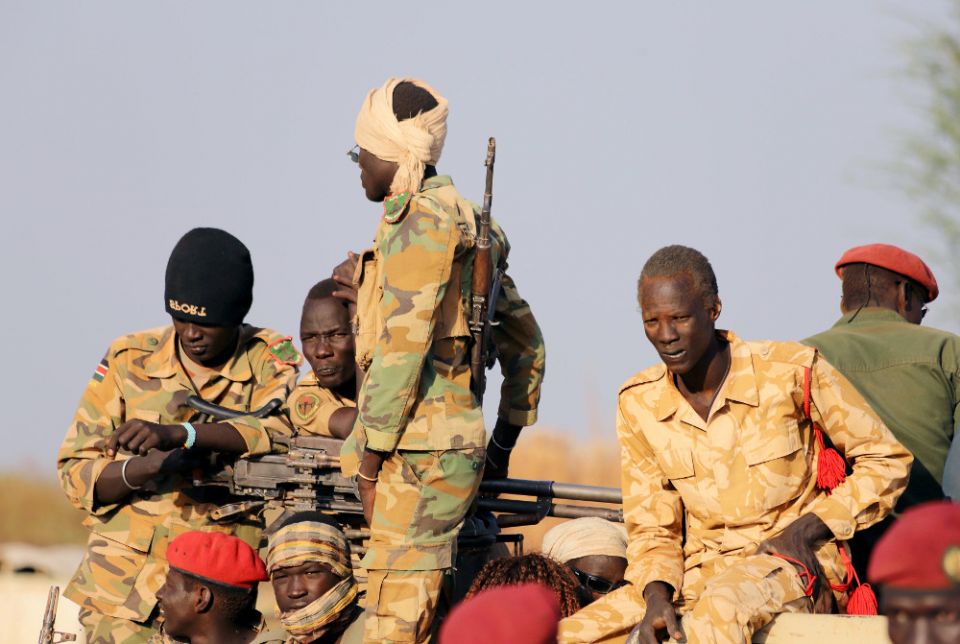 Juba, South Sudan — South Sudan's peace deal is fatally flawed, the country's bishops said as they committed the church to helping forge new negotiations. They also recommended a series of measures to end the conflict.

"We urge all stakeholders and friends of South Sudan to collaborate to seek a new model" for peace, the bishops said in a statement after their Feb. 26-28 meeting in the capital, Juba.

While South Sudan's main warring parties signed a deal in September to end the five-year civil war that killed almost 400,000 people and displaced millions, the situation on the ground shows that it is "not addressing the root causes of the conflicts" in the country, the bishops said.

The level of open conflict has decreased, but "all parties are involved either in active fighting or preparations for war," they said.

Human rights abuses, including murder, rape and looting, continue with impunity, they said.

With only three months left in the pre-transitional phase of the Revitalized Agreement on the Resolution of Conflict in South Sudan, most of what should have been achieved has not been done, the bishops said. "This is likely to impact negatively" on the next activities in this and the following phase, they said, noting that all the "omissions and delays are deeply worrying" and "divide-and-rule" tactics seem to be in play.

More than 1.5 million people in South Sudan are on the brink of starvation and more than 6 million people, half the population, face extreme hunger, according to the United Nations.

The economic situation "concerns us greatly," the bishops said, noting that "peace should provide people with their basic needs and services, and this is not happening."

Many people cannot return home because their homes have been destroyed or occupied and people are still fleeing violence, the bishops said. As well as internally displaced people, there are "millions of people still in neighboring countries as refugees."

"We are concerned that humanitarian access is still being obstructed" in many areas," they said.

"Children are not receiving education as schools have been destroyed or occupied by the army," the bishops said. Also, "parents do not have access to health facilities for childbirth and caring for their children."

They said that, among measures to improve the situation, South Sudan President Salva Kiir "should constructively engage all stakeholders" to ensure that each signatory to the peace deal does what it agreed to do, the bishops said. Parties to the agreement should show the "necessary political will to act against spoilers from within their own ranks."

The state of emergency should be lifted to ensure freedom of speech and other democratic rights, and all political detainees and prisoners of war must be released, they said.

As well as publicizing violations of the peace deal and holding those responsible accountable, the parties should draw lessons from past mistakes and "develop early warning mechanisms to avoid the triggers" that led to the civil war, they said. Appropriate justice mechanisms should be put in place, and the deployment of troops from neighboring countries subjected "to the highest levels of scrutiny."

Church and civil society leaders "should be given a prominent role in national reconciliation" efforts, the bishops said, noting that the Catholic Church would prepare parties for the peace process, reaching out to nonsignatories to the current deal for dialogue in impartial forums.

The bishops said national dialogue must be "genuine and inclusive," with traditional South Sudanese conflict resolution mechanisms and intertribal dialogue practices "used to deepen understanding and contribute to the full implementation of the agreement."

"Academia, researchers, church personnel and other experienced practitioners should be involved to provide recommendations and examples of best practice," they added.

The Catholic Church "will continue to use its preaching, teaching and pastoral networks to create an atmosphere conducive to peace and reconciliation" and also "play its part in the South Sudan Council of Churches' action plan for peace," they said.

South Sudan has 32 states, and the "contentious issue" of the number of states and the boundaries between them "has created divisions within our communities," the bishops said.

The independent commission tasked with determining the number of states and their boundaries must be "responsive to citizens' views," they said, noting that unless people are "properly consulted, this will continue to be a source of conflict."

All these measures, "if properly implemented, will create a conducive political, social and economic environment" for the people of South Sudan "to enjoy the dividends of peace," the bishops said.

World | South Sudan bishops: Peace deal not working, here's how to fix it