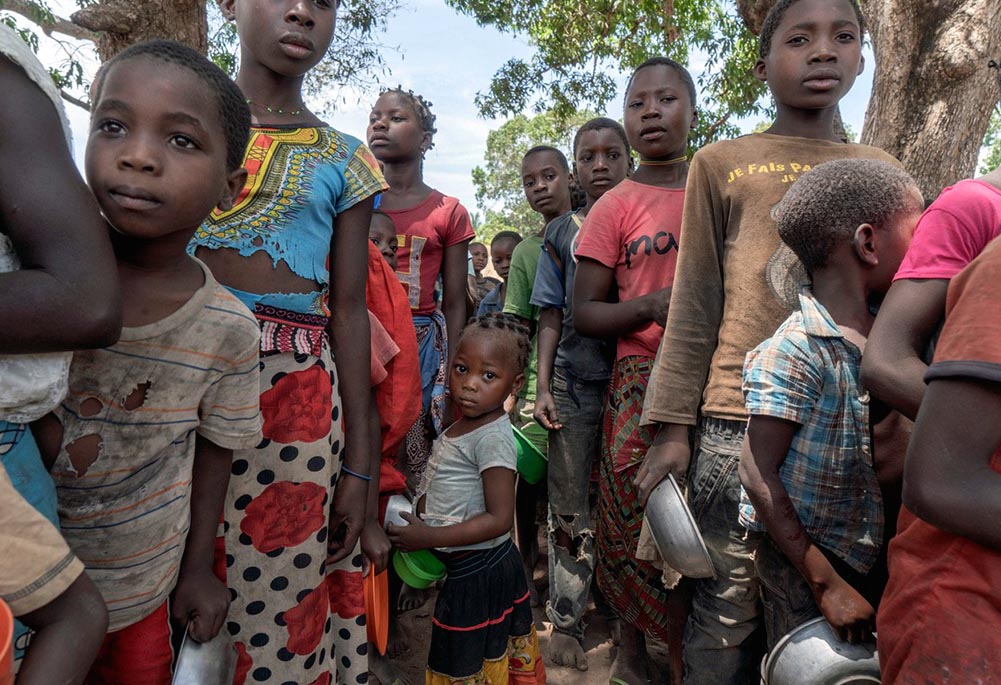 Displaced Mozambicans gather in a camp in the country's Cabo Delgado province in this 2019 photo. Residents in northern Mozambique have been grappling with an Islamist insurgency since 2017. (CNS/Courtesy of AVSI/Alessandro Grassani)

Antonio Nkataje left Muidumbe district, in Cabo Delgado, Mozambique, with his wife and daughters a couple of years ago due to the attacks perpetrated by an insurgent group allegedly connected to the Islamic State. They moved south, to Ancuabe, a district more distant from the conflict.

Unemployed and struggling to provide for his family, last year Nkataje saw his wife die from cholera, which is endemic in the region. Now, with rising food prices, he fears he will not be able to feed his daughters.

The conflict in Cabo Delgado, on Mozambique's northern border with Tanzania, has been raging now for nearly five years. The fighting between the government and insurgent forces, who wish to establish an Islamic regime, has displaced hundreds of thousands. Inflationary pressure, partially cause by the Russian invasion of Ukraine, is only making things worse. 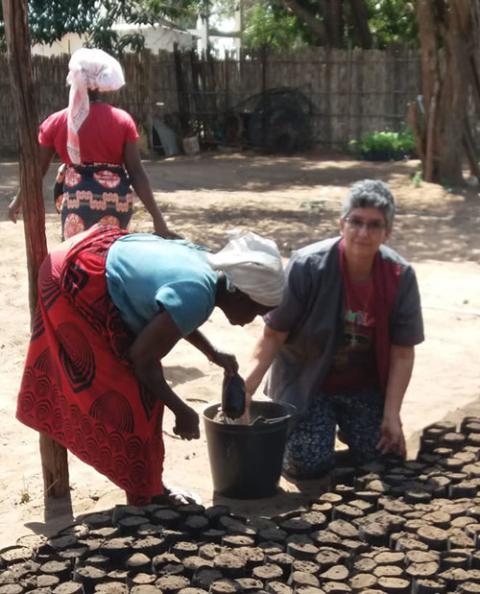 "The problem is that in Cabo Delgado most shop owners bring products from other provinces, like Nampula and Nacala, something that makes things more expensive," said Colombian-born Sr. Blanca Nubia of the Carmelitas Teresas de San José, who has been working in the region for 18 years.

"Displaced people like us are suffering a lot," said Nkataje, who now lives in Mueda district. "Things cannot get worse than that. The government should do something about it."

Since 2017, when the attacks of armed groups began in Cabo Delgado, at least 850,000 people had to leave their homes and migrate to Pemba and other locations farther south. Many of them have been sheltered in refugee camps, while others went to live with relatives and friends.

International organizations, including the World Food Program, have been providing aid to thousands of them. The Catholic Church has also played a central role in helping the newly arrived since the beginning. But the amount of relief funds coming from the United States and Europe has been declining over time, Catholic missionaries in the region said.

"To have something to eat has always been a challenge in Cabo Delgado, even during normal times, without insurgents, without a pandemic, and without an international war. Now, things are rapidly deteriorating," said Brazilian-born Fr. José Eduardo Paixão, who two years ago had to leave his area of mission and now takes care of the diocesan radio station in Pemba.

Paixão, a member of the Missionaries of the Sacred Heart, said the money that the local church used to receive from other countries to help the displaced has sharply decreased as of late, and malnutrition is rising both in refugee camps and in the city.

"Many deaths occur as a result of hunger, because the body loses its natural defenses without enough food, and diseases like malaria, dengue fever and cholera appear," he said.

A displaced Muslim leader who two years ago left Mocímboa da Praia – a village that remained under the insurgents' control for several months – and now lives in Pemba told NCR that most of the internally displaced are totally dependent on humanitarian relief.

"With the war in Ukraine, certainly the European funds will be completely redirected to it. No money will arrive here anymore," said the sheikh, who asked to remain anonymous due to safety concerns.

"Of course, we were saddened to learn about the war in Ukraine. But we have a saying in Africa that goes like this: 'When elephants fight each other, the one that suffers is the grass,' " said the sheikh, adding: "That is our case now." 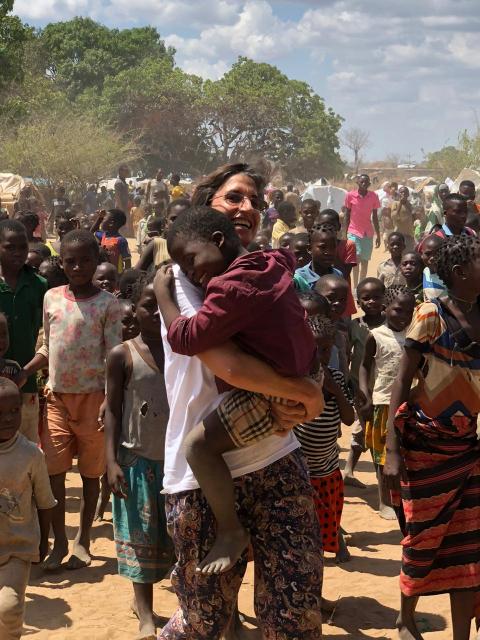 Spanish-born lay missionary Estrella Arjumin, who has been working in Mozambique for 15 years, said that displaced people have told her that media outlets are talking all the time about the Ukrainian conflict and have apparently forgotten them.

"I tell them that such problems are always painful and that the current conflict in Europe also has an effect on us," she said.

The Mozambican armed forces, along with Rwandan troops and forces deployed by the Southern African Development Community (SADC), have been jointly fighting the insurgents since July 2021. Cabo Delgado's governor claimed two weeks ago that the rebels are rather fragile now and that no district in currently under their control in the province.

Some of the displaced have been returning to their homelands, but most people are still unable to do so.

"My house was destroyed; my entire village was demolished. I cannot go back there, especially without work," the displaced sheikh said.

At the same time, new waves of people fleeing violence in the north are always arriving to Pemba and other districts. A recent action in Meluco district and Matemo Island led several families to leave the region. 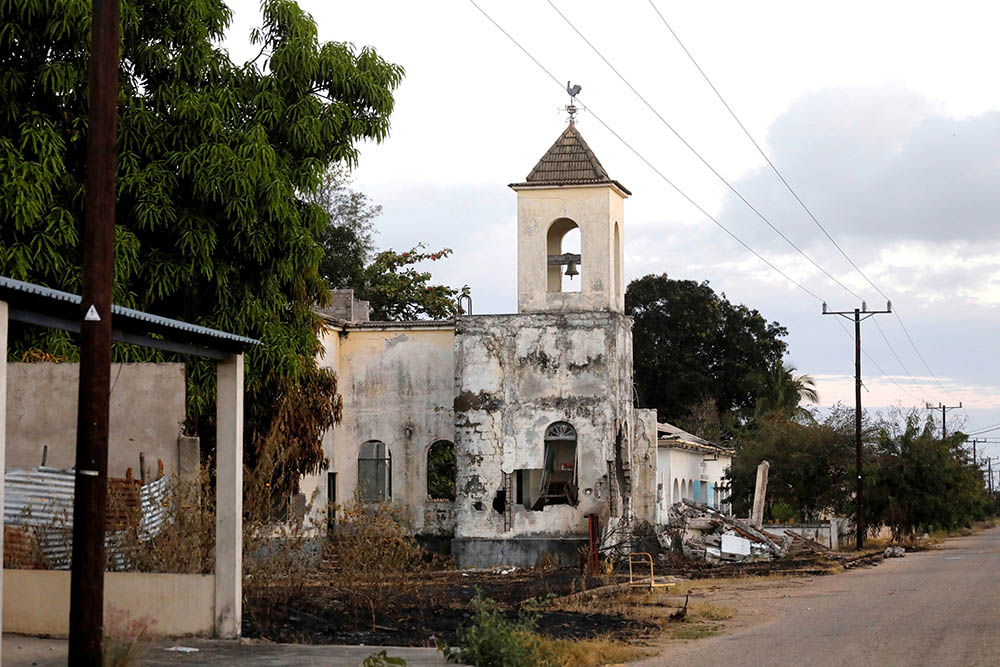 The increasing cost of living has been affecting the displaced and the locals alike, said Arjumin.

"I work with leprosy patients in villages, and they have been complaining about the prices. The economic situation is pretty bad. You see all those young men with their hands tied, without a job," she said.

Felisberto Piquete, who works at the parish of St. Charles Lwanga in Pemba, said that the inflation is leading some of the displaced to the outskirts of the city, where they are growing their own food.

"More and more people are being taken out of the relief lists without warning. They walk through all districts seeking help, they try to get some work, they count on the solidarity of the people. Many people are having just one meal each day," he told NCR. 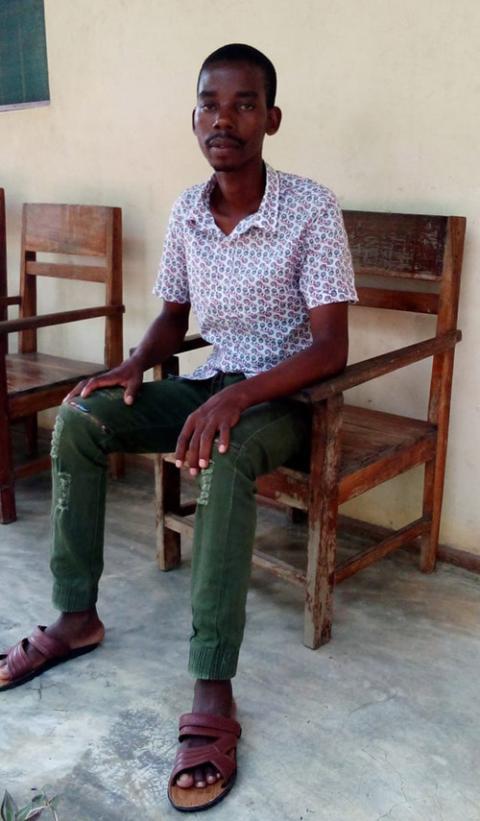 Piquete said that shop owners have been artificially raising food prices because they know people will pay for it with their relief money provided by the World Food Program.

"Once the prices go up, they rarely return to normalcy again," he said.

The Ukrainian war, in the opinion of the sheikh in Pemba, "is being used as an additional excuse for the markets to increase prices."

Paixão said that lately the insurgents have been stealing food from the displaced and from groups that are trying to go back to their districts, something that makes people even more scared of returning to their homes.

"They may be preparing for something big. But I do not know, nobody does," he reasoned.

If a clear military solution does not seem to be attainable anytime soon, alternatives to create better conditions for the displaced should be sought, the missionaries said.

Arjumin thinks that the government — the major landowner in Mozambique — should provide lands for the displaced so they can grow their food and stop depending on relief aid. She fears that the combination of unemployment, hunger and frustration may lead more young men to join the insurgents.

"That is how they managed to recruit teenagers in the first place, by offering them money, an 'opportunity,' " she said.

Nubia and her colleagues have been working side by side with displaced people in creating farms, where they can plant maize and beans. "We believe in supporting the formation of self-sustaining communities," she said.

The sheikh in Pemba said peace will never be achieved with guns, given that the insurgents can always change their tactics and are able to resist for the long-term. "What we need is to have a dialogue. An interfaith campaign, gathering Christians and Muslims for peace, is part of the solution. But it is up to the government to work with us in that direction," he said.

A version of this story appeared in the April 29-May 12, 2022 print issue under the headline: With war in Ukraine, refugees from conflict in Mozambique feel forgotten.