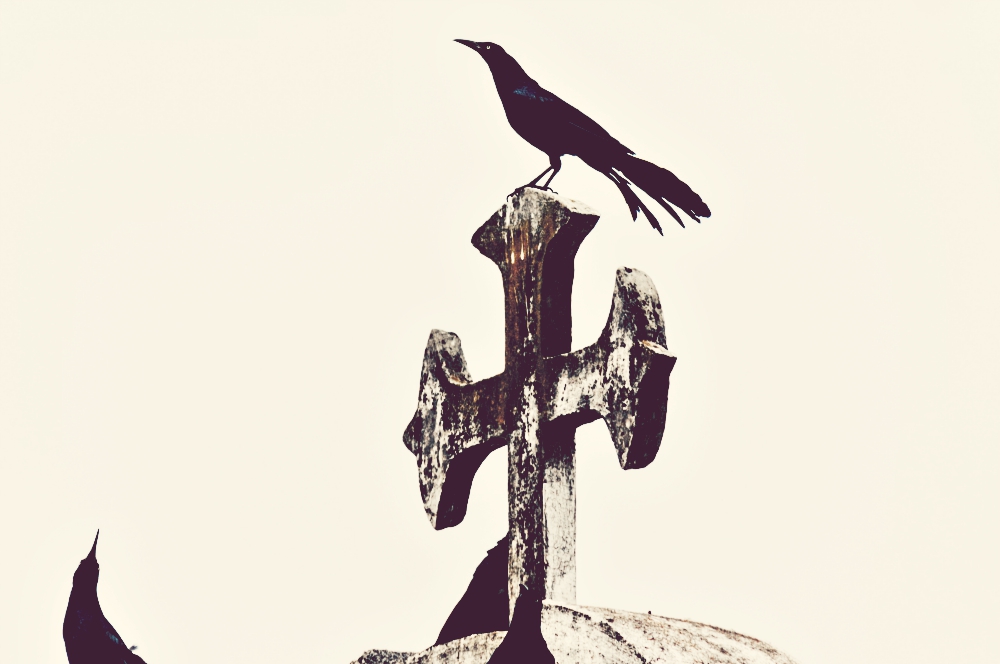 Amen, amen, I say to you, unless a grain of wheat falls to the ground and dies, it remains just a grain of wheat; but if it dies, it produces much fruit. Whoever loves his life loses it, and whoever hates his life in this world will preserve it for eternal life (John 12:24-25).

Here in the dead of winter, I offer a metaphor, a request, built upon my observations and yearnings for meaning in a church that mirrors the world inasmuch as both are experiencing seasons of suffering. The request is this: Let the church die, so that the church might live.

Having come of age during the wafer wars, Boston, Rome's investigation of LCWR and continuously increased polarization and scandal, let the obviously sick and dying die.

Please read carefully: This is a nonviolent observation. I am not calling for death to the church, but rather for us to stop being a culture of death denial and recognize that death is necessary and integral to our faith, and that denying death as a reality denies us the compassion — the suffering with — that is dying. I believe the epoch of the church I grew up with is dying.

As Christians, letting something die requires not abandonment — would engage in the throwaway culture — but a different if not intensified commitment to be with and honor the dying.

January isn't just the dead of winter for many of us in the Northern Hemisphere. For me, it's an annual time of reflecting on death. On Jan. 8, 1996, my maternal grandfather, Robert Clark Evans, aka Papa, died. He was 79 years old.

I recall going to the hospital that afternoon. I remember perhaps the only sublime moment of my life where I saw the parish priest simultaneously appear to be in his element, looking like he's done this a thousand times before, as he comforted my distraught mother, while also appearing fully and exclusively present to her. 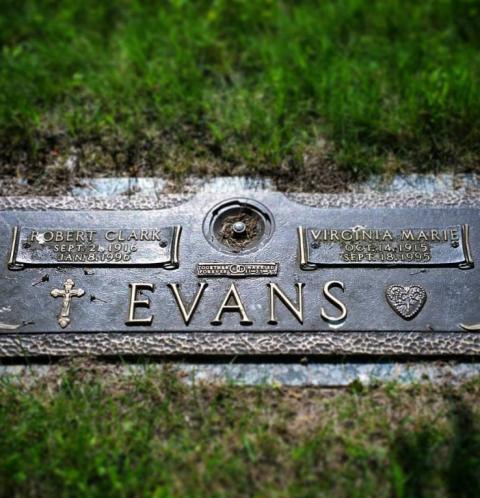 Likewise, while Papa's death was very saddening at the age of 7, the issue of dying had become old hat for me. In March 1995, my mother's only sibling, her older sister, Pat, died unexpectedly; six months later, my mother's mother, Virginia (Nanny), died unexpectedly. When it was Papa's turn, there was nothing unexpected about his death. He had seen his firstborn child die, then his wife of more than 50 years, and he sank into depression and dementia, and he died before getting into hospice.

I remain ever grateful for the church, we, the mystical body of Christ, because of death, because of how the church acknowledged it, ritualized it, and most importantly didn't deny it. Dying, it has been written, requires no special skills or abilities; everyone does it. But there are the grief needs of survivors, and of those in denial of impending death. And, of course, even with a community of support, there is a great loneliness in death. This work requires great skill, time and attention.

I remember the open-casket wakes and funerals, Masses of Christian burials where the dead are present, visible among us. I remember the parish priest and the nuns from school coming to support my family, speaking to us each time, even though the deceased were not of their parish. Those "representatives" of the church wished to be present to us.

I recall looks of sadness but not fear, pain but not defeat. Most especially, I remember that it is not the eulogies from the living, but ultimately the choices of the dying that determine on what note their life ends and shape most strongly our remembrance of their life.

At 6 and 7, I understood death, but not fully. I probably understood death better as a young child than during my teenage years imbued with the stupidity of psychological invincibility. I'm well past that stage and believe, like the title of Elisabeth Kübler-Ross's 1975 book, that death is the final stage of growth, and her assertion that society is death-denying.

I also believe that without the recognition, preparation and finally embrace of death, there is no Christianity. One cannot believe in a resurrection if one refuses to acknowledge the one prerequisite to the resurrection, death.

I am not a liturgist or theologian; I'm a run-of-the-mill pew-sitter. Every Sunday, I'm at Mass and we celebrate the passion, death and resurrection of Jesus Christ, the head of the church. If we believe in literal Passion, Death and Resurrection, and if we hope for the same resurrection for our loved ones who have fallen asleep in the faith, should we not want or expect the same for Christ's mystical body writ large (at least in a poetic sense)?

We are a part of a sacramental church, and the first sacrament of initiation, baptism, includes the following prayer:

We ask you, Father, with your Son to send the Holy Spirit upon the water of this font. May all who are buried with Christ in the death of baptism rise also with him to newness of life. We ask this through Christ our Lord. Amen.

We are not meant to fear death in our discipleship any more than we are to foolishly hasten its arrival. We are to recognize, but not be voyeurs of death. To comfort and be true witnesses to the hope of new life — this is what we signed up for.

Could one not conclude that a church that no longer seems of one mind and one voice and has myriad existential and demoralizing issues is experiencing a structural failure or a death to the way things are? Is this a church — we to one another — in need of assistance and witness to hope that there is new life yet to come? That just as Christ died and descended to hell, we trust that the gates of hell won't prevail against the church even as it is today?

Beyond recalling how integral death was to my formative years of faith, Kübler-Ross' book Death: The Final Stage of Growth is integral to my understanding of death and how Western society and Christianity have divergent ways of explaining and handling death.

Kübler-Ross' book begins by asking, "Why is it so hard to die?" After all, everyone will do it. One of the main conclusions is that it is unfamiliar, and we don't see it — even though it happens all around us all the time.

Kübler-Ross' book contains stories, studies and letters from various cultures and from various perspectives: the dying, family of the dying, chaplains, medical professionals and others. One of her conclusions is that "being part of the dying process, the death and the burial, including seeing and perhaps interacting with the body, is an important part of coming to grips with death — that of the person who has died and your own."

Our Catholic ritual and liturgies speak to this, honor this, and when done well fight that tendency of death-denial that intentionally looks away from death and our dead. But what of a church that refuses to look upon itself and denies that it is in its own season of death?

Some might be agitated at my metaphor or contextualizing death for the mystical body of Christ. I will reiterate, I'm not leaving the church, wanting or hastening its demise. But, as is referenced in Kübler-Ross' book, the stages of reaction on the part of the terminally ill patient are: denial and isolation, anger, bargaining, depression and acceptance. I feel strongly that we must come to acceptance of the church — mystical, hierarchical, institutional or any model thereof — that can best be viewed as dying. Many in the church are mimicking the throwaway culture that denies death's reality or, if it cannot be denied, shields it and gets rid of it as soon as possible.

This poses the question, "How?" How does one let the church die?

"Remember the wife of Lot," Jesus said. Likewise, I think we need to not turn back, as Lot's wife did. Don't pine for the days that used to be, don't turn back. The days of Fr. Chuck O'Malley and Sr. Mary Clarence are dead and gone.

Instead, like a farmer planting crops, like a worker in the vineyard, focus, plan and work for the next season of new life, not the last season that has come and gone. We can — and should — learn from past harvests, yes. More importantly, when we plant that next grain of wheat in rich soil, we must have faith that just as it dies, it will produce much fruit for the future and not the past.

In sum, there are expected seasons and unexpected times of death. We must not turn back, but instead prepare and plant for the future. We profess resurrection, that in death life is changed not ended. Let the humbled church come to a new and more sacred life; let it — like wheat, like Jesus — die at the appointed hour and be resurrected to new life. Recognize that it's only by embracing death that we can have victory over it.

For all the members of the mystical body who have died in the hope of the resurrection; the patients in Kübler-Ross's book; Robert and Virginia Evans; Patricia Evans; and the eras and epochs of the mystical body that have already passed away, eternal rest grant unto them, O Lord, and let perpetual light shine upon them. Amen.

[Mark Piper, a Packers fan in an unholy land, works in the nonprofit sector and resides in Chicago with his family. He is an alumus of Amate House, an AmeriCorps-approved year of service organization sponsored by the Chicago Archdiocese.]