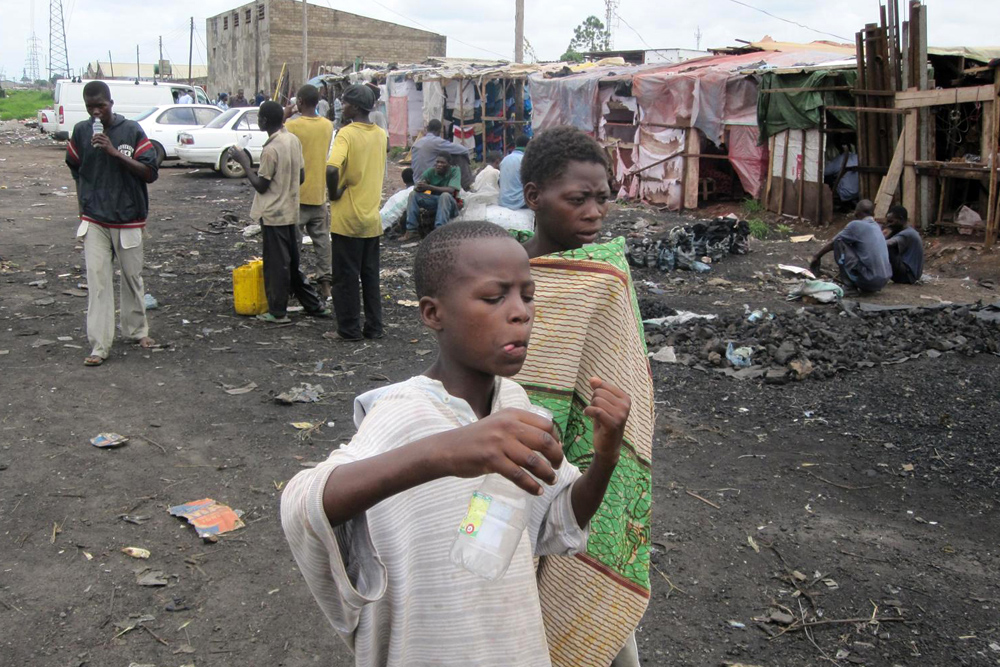 Catholic bishops in Zambia, who are helping to raise $9 million in partnership with Caritas for humanitarian responses in drought affected areas, are calling for a fresh start in tackling the country's economic, humanitarian and political crises.

The Zambian Catholic bishops, in a pastoral letter released after their 2019 second plenary session meeting that ended July 19 in Lusaka, called upon the country's citizenry "to take a deep breath and step back and turn to God in prayer and recollection so as to refocus ourselves on what is best" for the crisis-ridden African country.

The challenges rocking Zambia are far and wide, ranging from an economic situation that is taking long to mend, food shortages and political disagreements that have often turned violent. The World Bank said this month that Zambia has to re-orient its growth model, after the copper-rich country attained marginal growth of 3.7 percent against 3.4 percent in 2017. The Bretton Woods Institution warned that such performance of the economy was not "close to [the growth rates] needed for effective poverty reduction" in the country.

"We have observed the prevailing situation in our beloved country ranging from serious economic challenges; mistrust and hostility of one another; theft and hate speech towards each other; and the now frequent psychological and physical violence. These unfortunate circumstances have created a sense of anxiety and disorientation in all of us," the bishops stated in their pastoral letter.

Further blighting Zambia is a humanitarian situation that Catholic agencies and the Catholic Church want declared a national hunger crisis. A brief by the Assessment Capacities Project (ACAPS) notes that the food shortages in Zambia are emanating from a severe "rainfall deficit, especially noticeable in Southern and Western provinces [that] has resulted in decreased agricultural production" which has consequently resulted in "sharply depleting food stocks" for many households across the provinces.

Catholic Relief Services Zambia country representative Juan Sheenan told the National Catholic Reporter that the agency had "provided support through the Caritas structures in the diocese through the national Caritas" to shore up agricultural productivity in light of the current drought conditions.

"We have worked with Caritas in the diocese before implementing agriculture programs so they have technical staff that can provide support. One of the bigger issues is that since there has been no official state of emergency declaration, the funds we can access are very limited," said Sheenan.

Bishop Evans Chinyemba, who is president of Caritas Zambia, emphasized that the "hungry people are vulnerable and easily manipulated" which would lead to "loss of dignity among our brothers and sisters" in the Southern, Central, Western, Eastern and other worst affected parts of Zambia.

"We would like to inform the government of our concern as well as to make an earnest appeal to our partners and people of good will. There are already reports that people are sharing water with animals … many households have nothing to eat and are surviving on wild fruits or are getting-by without any food," said Chinyemba.

But besides the humanitarian situation stalking Zambia, Catholic Bishops in the country are also worried about the political situation, which they fear if not handled well may escalate. Zambian President Edgar Lungu is battling to unite the country. Lungu has had to dismiss the country's finance minister, replacing her with the deputy reserve bank governor in a bid to shore up the country's economic prospects. 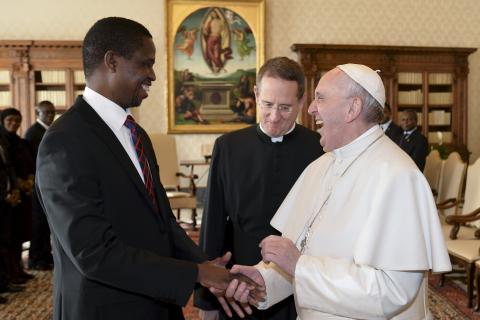 In their latest pastoral letter, the Zambian Catholic Bishops are emphasizing that citizens in the country –long bitterly divided along ruling party and opposition party political lines – undergo soul searching and bring to an end such hostilities.

"We have to break from the mistrust and hostility, and frequent psychological and physical violence in our nation. Let us start afresh in a prayerful manner as a God fearing nation turning all our energies to finding solutions for the common good. … We urge everyone to live in harmony, peace, and love with one another," reads the pastoral letter.

This appeared to resonate with some political leaders in Zambia, after Harry Kalaba, president of the opposition Democratic Party (DP), pledged to shun political violence. Speaking just two days after the pastoral letter was issued and after attending mass at St. Charles Lwanga Catholic Parish in Itezhi Tezhi, he said it was imperative for politicians in Zambia to practice "politics of love" and to shun hatred and political violence

"I must pledge that I'll heed to what the pastoral letter has said. I'll practice politics of love, non-violence and making sure that we co-exist and believe that even in diversity, there must be unity," Kalaba said. He also added: "We don't have to kill one another because of politics."

Bishop George Lungu, president of the Zambian Catholic Bishops, said ahead of the start of the session that he wanted Catholic bishops to be at the forefront of championing corrective measures to restore pastoral authority and the ability to read and interpret developments in the country to end oppression and marginalization through political and humanitarian crises.

"[A]s shepherds of God's flock, we shall endeavor to propose the way forward by providing an alternative route to peace-building, and genuine reconciliation. … The vision of the Church has always been a conversion of hearts and minds of Zambians leading to a unified, reconciled and peaceful Zambia … within a thriving social and economic environment," Lungu said as the Zambian bishops opened its second plenary session July 16.