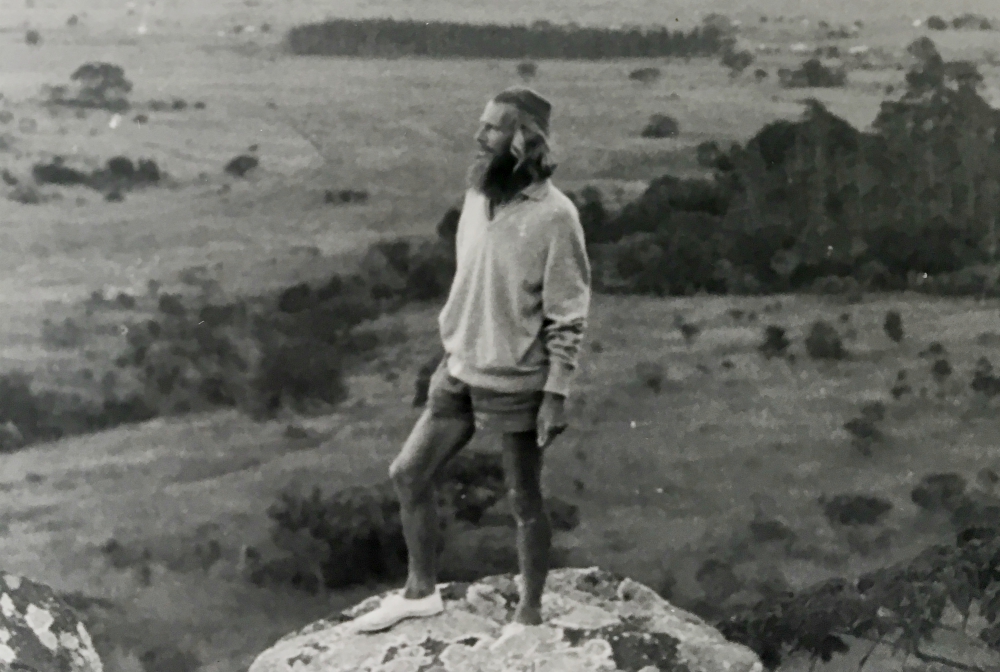 The Vatican has allowed the bishops of Zimbabwe to open the sainthood cause of British missionary John Bradburne, a lay member of the Order of St. Francis, seen here in an undated photo. (CNS/Courtesy of John Bradburne Memorial Society)

Catholic bishops in Zimbabwe are celebrating the life and faith of the late British missionary John Bradburne after opening the process for his beatification and canonization in September.

To kick-start the sainthood cause, Catholics in Zimbabwe gathered Sept. 4 in Mutoko, Zimbabwe, at the Mutemwa Leprosy Catholic and Care Center — where Bradburne, a lay member of the Third Order of St. Francis who was martyred in Zimbabwe, spent as many as 10 years attending to ostracized people with leprosy. The Zimbabwean Catholic Bishops asked the Vatican to beatify Bradburne in a meeting earlier this year.

Catholics from all corners of Zimbabwe attended the start of the canonization cause Sept. 5-7 at Mutemwa. In a homily, Bishop Raymond Mupandasekwa of Chinhoyi explained that the process of beatification "starts by the postulator seeking information" from witnesses.

Bradburne "listened to the voice of the most high and refused to be in his comfort but was sent and listened to God. John managed to catch many fish and I personally witnessed a miracle of the dancing sun," said Mupandasekwa.

"John and his friends changed Mutemwa from a place of those who are cut off to a place where lives are being healed," he added.

Mupandasekwa said the gathering celebrated "the life of a man who understood that love is the way of life and his love is what drove him here to stay with the lepers, to feed and bath them, as well as giving hope" to them at a time when they were being shunned.

The virtues that Bradburne stood for, added Mupandasekwa, should be reflected in how Zimbabwe handles and solves its current crisis, which has seen divisions and political differences deepen, especially in light of xenophobic violence that had broken out in South Africa.

"Here is a man who was of prayer and prayer is the virtue that gives us courage to stand during difficulties," he said.

The Mutemwa Leprosy Catholic and Care Center has become a popular pilgrimage site for Catholics. This is solidified by nearby Mutemwa Mountain, which is said to hold healing and transforming powers.

However, the pilgrimage area has also become tainted by both homicides and suicides, with at least three deaths in the past four years. Sr. Plaxedes Kamundiya, who was murdered in 2017 while praying at the mountain, was remembered by Mupandasekwa during his sermon to mark the beginning of Bradburne's cause.

Fr. Fidelis Mukonori, a popular Jesuit cleric in Zimbabwe who was also close to the late former Zimbabwean leader Robert Mugabe, explained to those gathered that Bradburne was not buried at Mutemwa. This is contrary to widely held sentiment in Zimbabwe that the powers of the Mutemwa Mountain draw from the burial of Bradburne at the top.

"His grave is not on top of the mountain. He was buried at Chishawasha Mission in Harare and I am the one who decided where he should be buried. Let's know that when death comes, we are used differently," he said. "When he decided to be killed, he did not know he would die by the roadside."

Bradburne, born in 1921 in Cumbria, England, was shot by guerilla fighters loyal to the black Zimbabwean freedom fighters. According to the John Bradburne Memorial Trust, he was shot on Sept. 5 1979, because he refused to abandon the lepers at Mutemwa. He had been accused of being a spy for the British government, just before Zimbabwe gained independence from Britain.

In what is widely seen as an act of martyrdom, Bradburne apparently was given the chance to flee Zimbabwe but he turned it down. He is said to have knelt down and prayed, even as he was being told to leave the country, prompting the guerilla fighters to shoot him dead.

Kate Macpherson, great-niece to Bradburne and secretary for the John Bradburne Memorial Society, told NCR that the Vatican's Congregation for the Causes of Saints received the works of Bradburne after the Sept. 5 function in Mutoko.

The congregation on July 1 issued a letter to Harare Archbishop Robert Ndlovu carrying a formal declaration of no objection for the cause of beatification. This was further to a request for canonization by the Zimbabwean Catholic bishops, who had passed a resolution to support the cause. 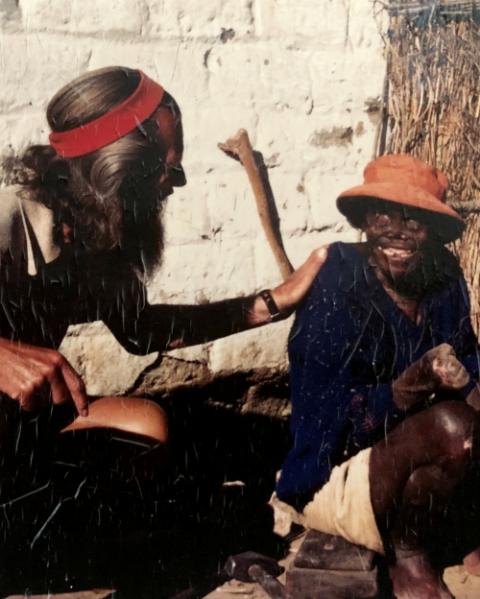 "Archbishop [Ndlovu] will gather an ecclesiastic court and with that court they will listen to the testimonies from people who knew John. They then gather documentation of testimonies that is sent to Rome and to the Congregation of Saints and they then decide if he is venerable," Macpherson told the gathering at Mutemwa.

This will then be followed by the recording of a miracle, a stage that will "see him officially declared a saint," a process congregants are anticipating will happen soon. "This could take months, but we do hope it takes place during the period we are gathered here in Mutemwa," added Macpherson.

The Zimbabwe-Mozambique Province of the Society of Jesus said in a blog post that some devotees to Bradburne's cause had arrived at the leprosy center a day before the event "in order to help with the preparation for the Solemn Mass as well as for their own spiritual preparation in order to meaningfully participate in the celebration."

"The faithful from most parts of country travelled to witness the occasion, the first of its kind in Zimbabwe. ... Now that John's cause for beatification is official, we need to learn as Zimbabweans to defend each other against the powers of self-destruction," the Jesuits said.

There is a need for dialogue in Zimbabwe owing to the political standoff between ruling and opposition leaders and an economic crunch that is affecting the country's citizens. The country's Jesuits noted that "it has taken over a year now before the main opposition leader joins others in an already existing platform for the much sought after dialogue" of political leaders.

"Put it differently, it has taken as much time before the government bends its way to accommodate the main opposition leader. Whichever way one wants to consider this matter, the middle ground is that the poorest in Zimbabwe are bearing the brunt of the bickering of politicians," the Jesuits said.

The Jesuit leaders in Zimbabwe believe that Bradburne, as a servant of God whom the Catholic Church in Zimbabwe now celebrates, "would not have done this kind of thing in the face of a suffering people. Let us learn from him, for those who care to learn."

Other Christian denominations in Zimbabwe celebrate Bradburne's good heart and compassion. The Zimbabwe Council of Churches said: "The life and work of John Bradburne has touched many a heart and soul, and has brought many more lives closer to God. His deep humility and single minded loving care is an amazing example for all who are called to the faith of Jesus Christ."

Even former Member of Parliament Jessie Majome, who is now Zimbabwe's Anti-Corruption Commissioner, attended the Mass opening of Bradburne's cause. She said on Twitter, "I'm blessed at Mutemwa. Holy Mass celebration of the opening of the cause the canonization of John Bradburne & the 40th anniversary of his death. May his soul rest in peace & his sainthood bring more to light & love."