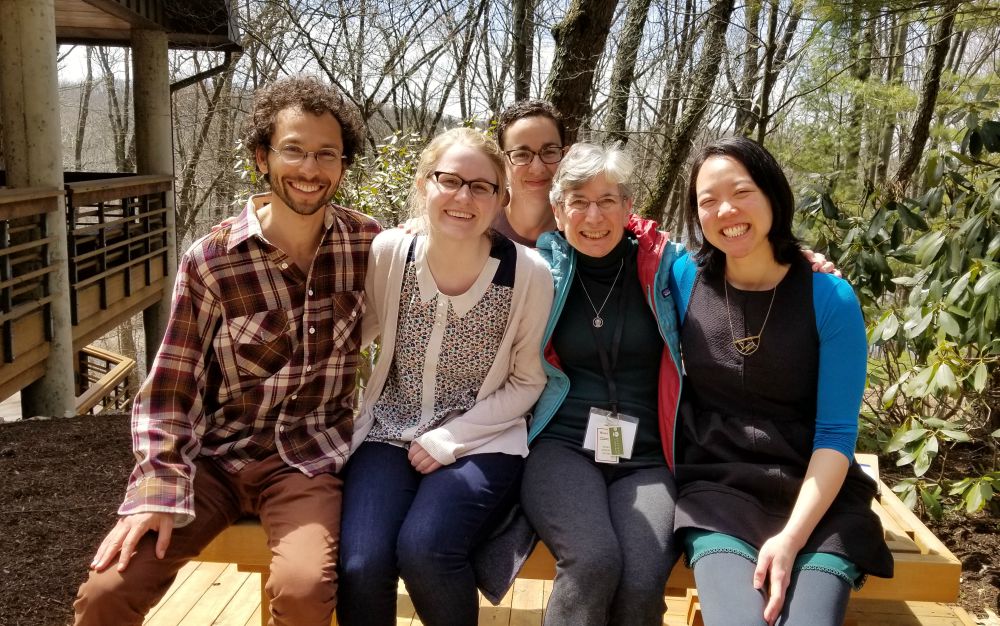 Editor's note: In Part 1 of this series, Global Sisters Report focuses on the coming together of experienced Catholic sisters and young people identifying as "nones" — shorthand for the box they check next to religion. Women religious and millennials seeking meaning have become partners through a shared passion for social justice issues, community life, and their devotion to a greater purpose. These two groups have found that they are "more alike than not."

As a college student in Michigan, Katie Gordon began exploring atheism and agnosticism, despite being raised Catholic. But a trip to Northern India awakened in her a new appreciation for spirituality.

After graduating with degrees in religious studies and political science, Gordon (then in her early 20s) spent four years in interfaith organizing hoping to learn firsthand from the faithful how to build a similar community for the nonreligious. She could see clearly what they had that she was missing: "the gift of intentional, meaningful community."

A few years later, Gordon read that women religious were in the process of selling their oversized properties, prompting her to write a column for the Grand Rapids Press in Michigan in early 2017. She suggested that nonreligious millennials (those in their 20s to mid-30s) ought to be consulted — not just around their own needs for community space, but so that their perspectives could be heard within religious institutions as well. This idea at the time, she said, "felt like a stretch."

To Gordon's surprise, a Dominican sister in the area responded by saying she'd be delighted to be in conversation with "nones" (shorthand for those who don't practice a particular religion).

Mutual friends eventually introduced Gordon to two men from the Southwest who had a similar idea of uniting millennials and sisters, and who hosted what is considered the first national Nuns and Nones gathering in November 2016. By spring of 2017, Gordon's local efforts converged with their national movement.

Since then, Nuns and Nones has grown into regular in-person conversations and monthly conference calls, and now to a handful of millennials living with sisters in California for a six-month pilot program.