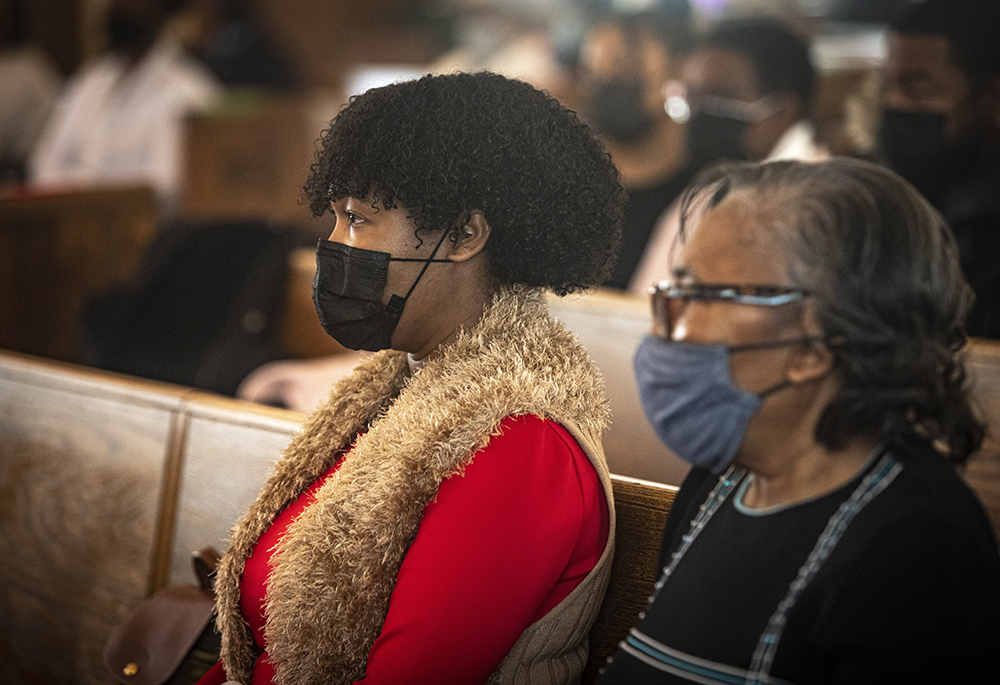 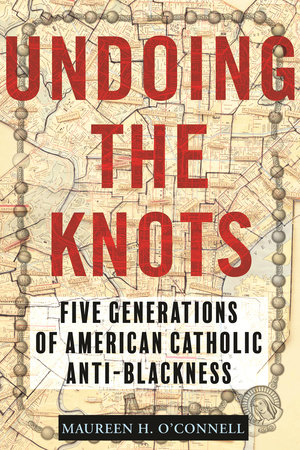 Such pleas, however, were undermined by decades of systemic — and distinctly Catholic American — "anti-Blackness," Maureen O'Connell argues in the provocative book, Undoing the Knots: Five Generations of American Catholic Anti-Blackness.

While tracing her own family's immigrant journey, O'Connell — an associate professor of Christian ethics at La Salle University — argues that "couch[ing] racism in interpersonal rather than structural ways" either failed to counter, or was complicit with, "American Catholic white supremacy."

Undoing the Knots certainly makes a valid case that the "Catholic tradition could be better harnessed to make decisions rooted in justice rather than fear."

Too often, though, O'Connell's laudable quest for "racial mercy" is guided by flawed historical details and assumptions, which have troubling implications for our study of the past, as well as our current, raging culture wars. 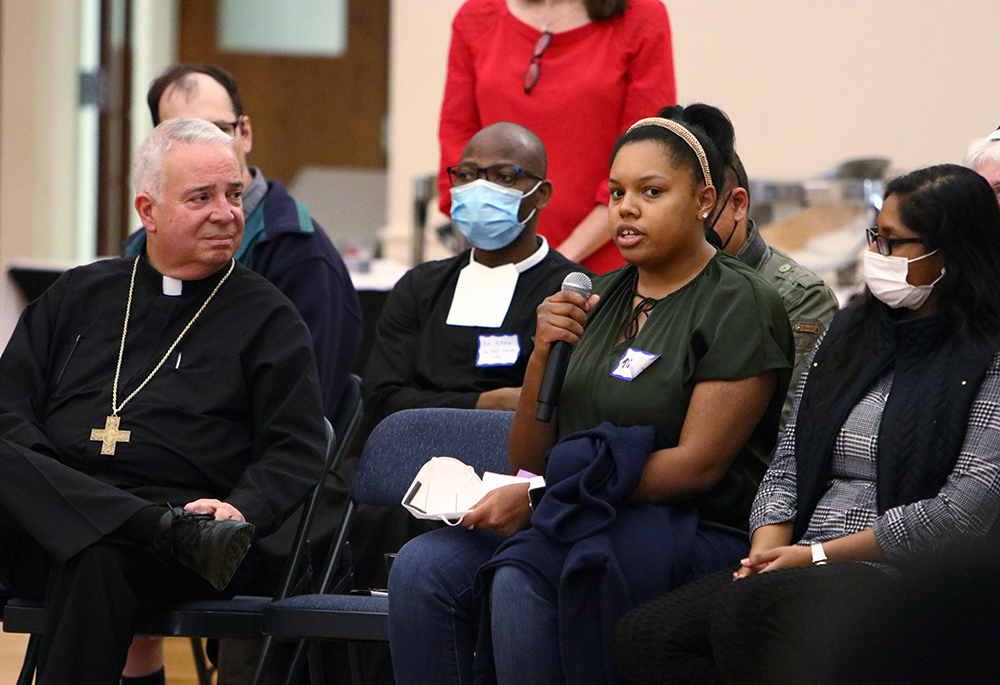 The book's most insightful passages analyze the parish and other local forces (education, real estate) that supported desperate immigrants — such as O'Connell's paternal ancestors — but often at the expense of Philadelphia's small, persecuted Black Catholic community.

O'Connell's paternal ancestors left Cork, Ireland, in the 1840s and settled in the Philadelphia area.

And so, "Irish Catholics in the antebellum period" were "choosing to join the pro-slavery Democratic party rather than affiliate with the abolitionist Republicans — even though the latter's passion for liberty and equality would have resonated with their pre-famine experience of British occupied Ireland."

What O'Connell does not mention is that, for all of their virtues, abolitionist Republicans opposed Catholicism nearly as vigorously as they did slavery, viewing each "as parallel despotic systems," in the words of historian John T. McGreevy.

Throughout the 19th century, the newly formed Republican Party was home to a range of activists — many considered "progressive" in their day — united by their disdain for alcohol, crime, political machines and other ills associated with urban immigrants.

In short, Catholic newcomers were pushed away from the anti-slavery Republican Party, as much as they chose to join the pro-slavery Democratic Party — a development that would have far-reaching, though complex, political consequences.

Undoing the Knots also relies upon questionable claims that Catholic immigrants were generally motivated "to be American [and] uphold American institutions."

"Dagger" John — for all his flaws — challenged prominent Philadelphia Presbyterian John Breckinridge to a series of public debates, at the heart of which were calls to redefine what it meant to be "American." 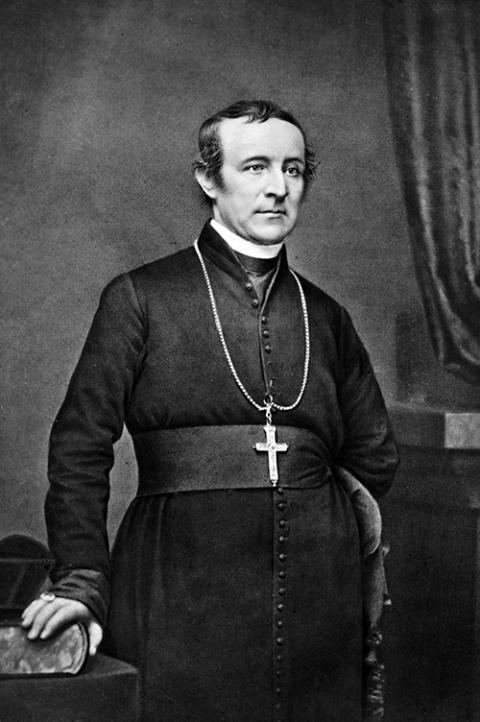 Hughes later went to New York and demanded taxpayer money to establish a segregated school system for thousands of impoverished "papists" — some of whom later took up arms against the U.S. in the Mexican War, violently opposed Abraham Lincoln's Civil War conscription orders, and defied U.S. diplomacy by launching an armed invasion of Canada, in an effort to liberate Ireland from Britain.

In short, these immigrants often had little interest in, as O'Connell writes, "align[ing] themselves with that white Protestant master frame."

Undoing the Knots later describes a "Catholic exhibit" at Philadelphia's 1926 sesquicentennial celebration located next to a "eugenics exhibit, suggest[ing] a proximity of thought if not necessarily of practice." Yet the Catholic Church — for all of its flaws — was actually the national group "most organized in its opposition" to 1920s eugenics, according to historian Adam Cohen.

That European immigrants who "became white" — especially Catholics — contributed mightily to the misery of African Americans is unquestionable. But penance for these historical sins seems ill served by suggestions that the children of Irish peasants — O'Connell has little to say about Poles, Italians or others — were as complicit in this misery as plantation owners or robber barons.

If anything, capitalism's more rapacious captains are treated quite gently in this version of events. And we are left with the unseemly suggestion — call it revisionist nativism — that the U.S. would have been better off without the disruptive, alien influences of earlier immigrants.

Such are the perils of depicting the past as a nearly Manichean struggle between the powerful and powerless.

And this is not ancient history.

Less than a century ago, urban Catholics could not even convince their own political party-mates they were good Americans. The 1924 Democratic convention stretched into a third week, and featured fierce arguments over all those ills still associated with immigration. Such conflicts were central to looming ideological shifts in the 1930s and 1960s, and go a long way toward explaining where we find ourselves today.

None of which justifies "White Catholics' fervor for Trump," as O'Connell calls it. These voters desperately need a reminder that they are beneficiaries of what Undoing the Knots describes as a kind of white historical "affirmative action."

But there's also a lot more to this story. The U.S. has now been open to mass immigration from Asia, Africa and Latin America for almost 60 years — or just as long as Ellis Island was open.

More and more recent immigrants, along with their children and grandchildren, are indulging their own "fervor" for Trump-adjacent ideas.

Pundits and historians have yet to wrestle with the causes and implications of this shift, which may well be a backlash, but one that is neither white nor supreme.

Then again, if we've never really made sense of 19th and 20th century immigration, should we really be surprised that the issue still tangles us up in knots?