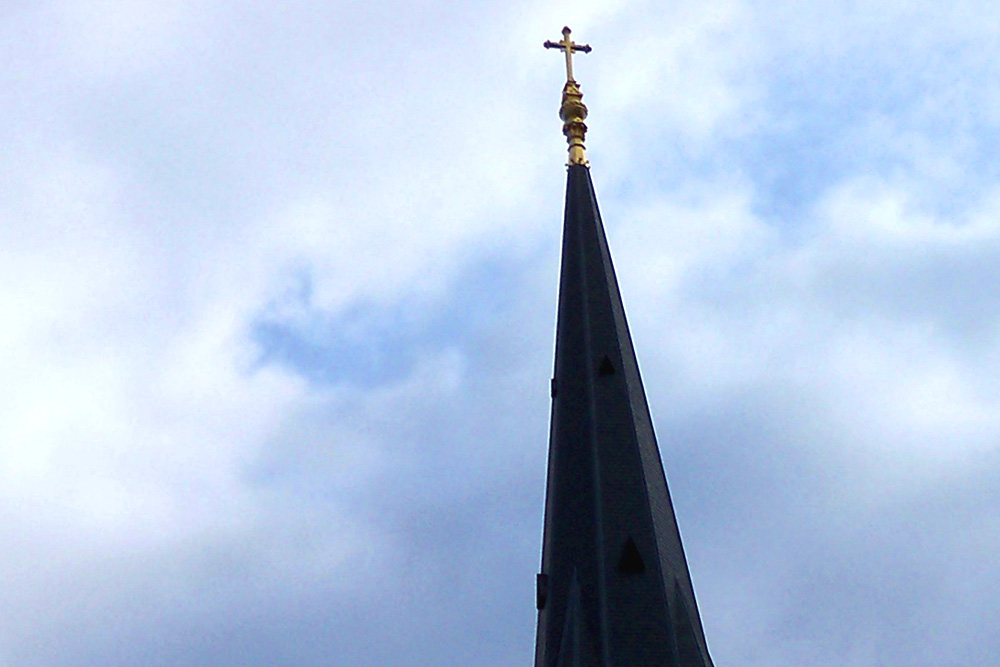 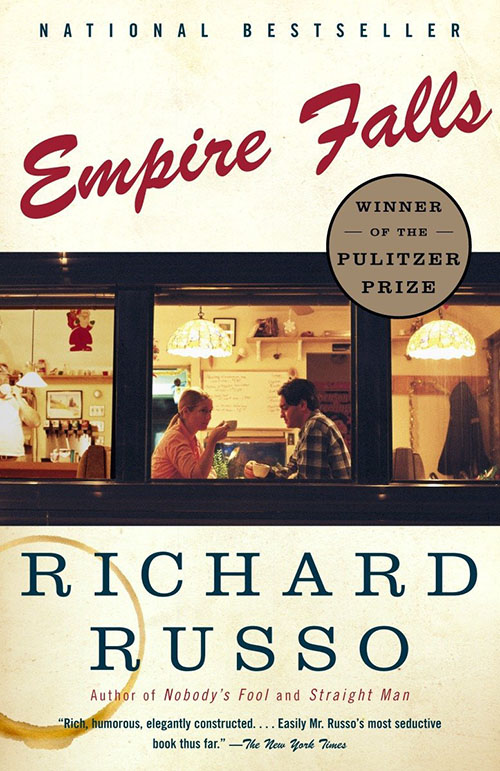 Last year, Harper's Magazine published an essay titled "The Lives of Others" by best-selling novelist Richard Russo, who pondered the timely question: "When does imagination become appropriation?"

Russo — whose Pulitzer Prize-winning epic Empire Falls was released 20 years ago this month — begins "The Lives of Others" by describing an "octogenarian nun" from the title story of his 2002 collection The Whore's Child.

"It was Sister Ursula of whom I was proudest ... though I'd never been and never would be an eighty-year-old Belgian nun," writes Russo, a now 71-year-old native of upstate New York.

Fraught questions about appropriation aside, The Whore's Child underlines Russo's affinity for religious characters in general, and Catholic subjects in particular.

Russo's alternately comic and melancholy blend of the reverent and irreverent, the celestial and earthly, are nestled into deceptively homespun narratives about escape, and compromise, and the sacred and profane influence of the past on the present and future — all of which should place Russo alongside the likes of Phil Klay and Mary Gordon, J.F. Powers and Alice McDermott, when we talk about important Catholic American literature.

To a degree, Russo's literary Catholicism is a product of autobiography and history. "You probably suspect," Russo once told an audience, "I was an altar boy straight through high school." 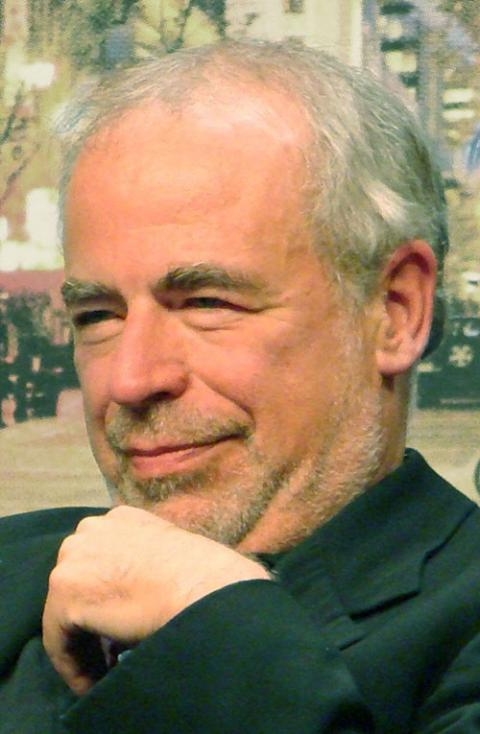 Many of his characters, meanwhile, still carry a faith brought from the Old World to Manhattan, or Albany, or Rochester, before it settled in the central New York towns Russo has made his own.

And so, in early novels like Mohawk (1986) and The Risk Pool (1988), we meet colorful characters with names like Gaffney or Maroni — "a wizened old Italian who had worked leather for fifty years" — who know the value of dropping a phrase like "Up the Irish" at the right time.

In short, cradle Catholicism and its (mixed) blessings have been generous to Russo, whose wives tend to be more devout than their feckless or reckless husbands.

In Nobody's Fool (1993) — later made into a Hollywood film starring Paul Newman — Peter Sullivan's mother "confessed her husband's sins in the cool darkness of the confessional where you couldn't see her black eyes," only to later "pray for God to strike down her husband."

Meanwhile, Risk Pool narrator Ned Hall thinks: "After all those bogus confessions at Our Lady of Sorrows, I counted myself about as good a liar as Catholics ever got, which was good."

God, praised for benevolence, scolded for inscrutability, is an even stronger presence in Russo's two most ambitious novels: Empire Falls (2001) and Bridge of Sighs (2007).

In the former, a divorced father and restaurant manager named Myles Roby chats regularly with two parish priests. Myles, whose name hints at long-distance struggles, "seriously considered Holy Orders well into high school, and there were still times when he wondered if he'd missed his calling."

Myles is still grieving the death of his devout mother, who had her own resonant name (Grace).

In keeping with his fundamental decency, Myles has volunteered to paint the local church's aging steeple even though he is "terrified of heights." Things only get more complicated when Myles' father, a notorious pest and aggressive skeptic, offers to help.

Ascending a ladder to prep the steeple, Myles thinks: "What he had been peeling back with his scraper...was not so much paint as years, all of his boyish misperceptions, most of which he'd never seriously questioned." Myles, who "used to think God actually lived [in the steeple]," literally cannot pass up this opportunity to confront the mysteries, both divine and mundane, that have defined much of his life.

Such matters, among such people, are explored even more intimately in Bridge of Sighs, a tender, sprawling (almost 700 pages) novel that reflects what Russo once called "the Manichean nature of my younger years": the struggle to reconcile that which is light and dark in the world.

Louis Charles Lynch, known as "Lucy," is confined and trapped during a traumatic prank as a child. Later, as his parents bicker over money, romantic tension blossoms between Lucy, his future wife and their mutual friend Bobby Marconi — that is, until Bobby escapes to live the life of an artist.

Each of these characters wrestles mightily to comprehend what may or may not be their fates. Lucy's mother stands up to a pushy priest, leaving her "shaking," pacing "like a caged animal." To Lucy's father, "if you were rich," if people "liked you… Maybe it even meant God liked you."

As with Myles forcing himself to paint the steeple, the Lynch family's struggles may yield meager or disappointing results, but the quest itself is suffused with purpose and dignity.

"Which are you, Mr. Lynch, a doubter or a believer?" a high school teacher asks Lucy.

"I guess I'm a little of both," is all he can say. Wishy-washy? Maybe. But also an admission of humility and refusal to submit to outright despair.

At one point in Nobody's Fool, Sully is asked: "Does it ever bother you that you haven't done more with the life God gave you?"

"Not often," he says initially. Though Sully can't help but (if you will) confess: "Now and then."

Chances Are (2019) pushes many of these questions into literally more bookish areas. Teddy Novak runs a small publishing outfit inspired by Thomas Merton — Seven Storey Books. Russo once compared Teddy's "contemplative, religious or spiritual streak" to his own.

Teddy and two pals have gathered on Martha's Vineyard to revisit their late-'60s college days, which ends up becoming a search for a cherished old friend. And just as Teddy comes to see that Merton may not have been so saintly, all three of these pals struggle to make sense of what has happened to them — and their country — between Vietnam and Donald Trump.

Who is in control? And why? And to what end?

All the while, Teddy is planning the release of his first title through Seven Storey Books, a "deeply flawed" work, but one also "smart in its curious fashion." Most importantly, "what was wrong with [the book] struck Teddy as fixable" — redeemable, if you will.

And so he gets to revising, even suggesting a new title — The God Project.

There is a moment in Empire Falls when Myles reflects on his mother's complicated life, her fleeting happiness and terminal illness and where it all came from, and what it all led to.

"Was this what it meant to be a Catholic?" Myles wonders.

Thirty-five years after his first novel and thousands of pages later, Richard Russo is still pondering such questions — still climbing the ladder, peeling back the paint.

[Tom Deignan, a regular contributor to National Catholic Reporter, has written about books for The Washington Post, The New York Times and The Philadelphia Inquirer.]

A version of this story appeared in the July 9-22, 2021 print issue under the headline: What can 'Empire Falls' teach about Catholic faith?.