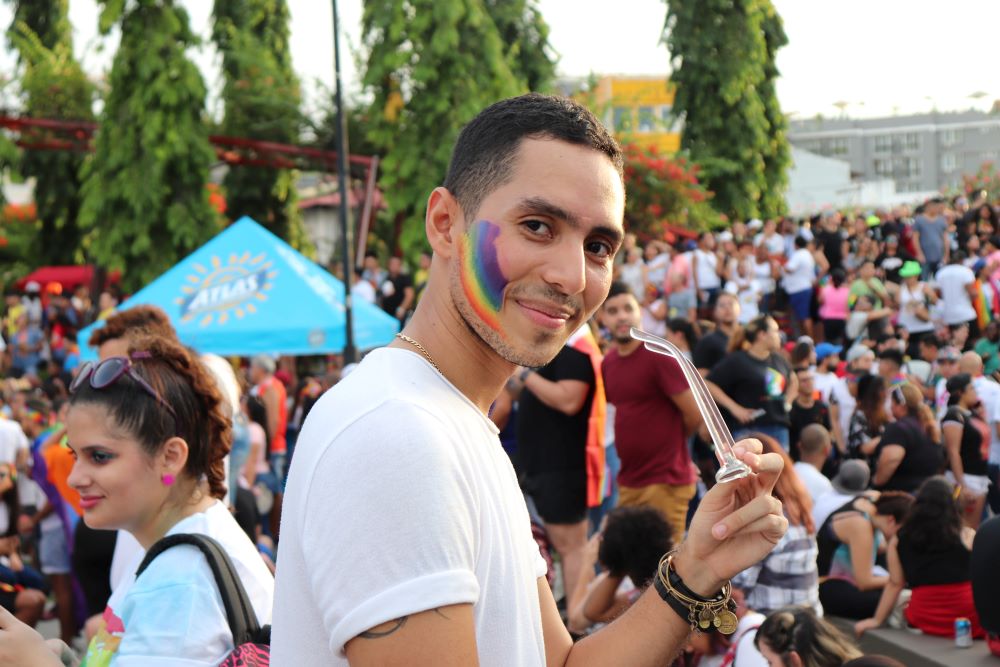 As a starting point for those seeking to introduce LGBTQ ministry into their parishes, schools or campus ministries, Yunuen Trujillo's new book, LGBTQ Catholics: A Guide to Inclusive Ministry, is a worthy guide. An accessible, no-nonsense book packed with helpful definitions and how-tos, it walks readers through the fundamentals of church doctrine and the need for LGBTQ inclusion. 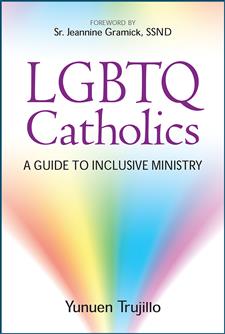 The target audience is not LGBTQ Catholics themselves, but anyone who wants to undertake the work of creating a church-approved LGBTQ ministry. Queer Catholics who do turn to Trujillo's guide, however, will be refreshed by her approach. She centers the importance of respectful and inclusive language, inviting readers to see LGBTQ Catholics without prejudice or misconceptions.

She opens up about her own identity as a queer woman of color and the real challenges faced by minority Catholics, an invaluable perspective and one that plenty of readers will find relatable. Trujillo emphasizes that queer Catholics sit alongside straight Catholics in the pews, and that all the faithful share the same calls to love God and love one another. Only when Catholics stop seeing LGBTQ people as 'other,' she argues, will the church be truly inclusive.

Trujillo captures how queer love is just another variation on the infinite diversity of God's creation and not contrary to nature. "The first thing we should understand," she tells readers, "is that the desire to have an everlasting romantic bond with another is experienced as naturally to an LGBTQ person as it is to a heterosexual person." It’s an important point, but one that's often overlooked in official church language about LGBTQ people. Trujillo is matter-of-fact in her assertion that LGBTQ Catholics can, like straight Catholics, be called to married life as well as single or religious life.

Only when Catholics stop seeing LGBTQ people as 'other,' she argues, will the church be truly inclusive.

Trujillo notes more than once that good LGBTQ ministry takes into account that queer people's sexuality is only one aspect of who they are and one aspect of their lives of faith. She encourages people leading LGBTQ ministries to take an approach of integral formation — to give opportunities for pastoral care and spiritual growth that are not limited solely to queer Catholics' sexual identities.

With an eye on Catholic social teaching, she translates this holistic approach to explaining doctrine as well. On the topic of LGBTQ employees' firings from Catholic institutions, she lays out church teaching on the rights and dignity of workers; on the subject of chastity, she considers the virtue's implications for Catholics of all stripes. While adhering to the teaching of the magisterium, she offers an expansive interpretation that looks beyond the Bible's "clobber passages," the Catechism's language of "intrinsic disorder" and the church’s general overemphasis on queer people's sex lives.

She manages to respect both the experiences of queer Catholics and the stance of the church, including the clashes these two viewpoints often bring. It's hardly an easy task, but one that Trujillo undertakes with concision and generosity. Trujillo's approach to doctrine moves the conversation about queer Catholicism past its usual sticking points, suggesting much-needed renewal in our thinking about how queer Catholics' lives and church teaching collide.

Trujillo's is the rare book that both elucidates doctrine and keeps the goalposts of Christian faith firmly centered on love. LGBTQ Catholics is at its strongest in a chapter focused on pastoral care. Trujillo speaks of Pope Francis' exhortation for Catholics to cultivate a church of encounter — one that enables the faithful to meet people "exactly where they are, not where we want them to be," and to see Jesus in one another.

She also emphasizes the importance of being "a listening church." As she breaks down church doctrine piece by piece, she tells readers repeatedly that doctrine matters, but true listening needs to be the priority. Faith is only enriched when we listen to and learn from those with whom we have little in common. "Being a listening Church means listening to learn from the other person’s lived experience," she writes. "God's grace is something that we can receive through others, and who better than the people whom we usually don't understand."

It's compelling that Trujillo acknowledges that she and the Catholic Church are still learning about how to minister to and with LGBTQ people. She invites readers to make space in their hearts and imaginations for God to inspire a version of the church that exists only in the future. "God is still being revealed through creation, through the signs of the times, through love," she writes. "Are we paying attention? Are we listening?"

The book is inclusive, but not comprehensive. Its starkest omission is its lack of commentary on how to extend a true welcome to transgender, nonbinary and gender nonconforming Catholics. The book goes no further than explaining the difference between sexual orientation and gender identity — a disappointing omission at a time when trans Catholics need accompaniment but many cisgender Catholics lack the vocabulary and experience to encounter their trans siblings with respect.

Nonetheless, Trujillo's book fills an important gap in the existing literature about LGBTQ Catholics. She manages to gracefully balance her perspective as an archdiocesan volunteer (religious formation coordinator with the Catholic Ministry with Lesbian and Gay Persons of the Archdiocese of Los Angeles) and her personal experience.

It is particularly powerful to hear from an LGBTQ church volunteer who writes openly about her journey to self-acceptance, her struggles to remain part of an often harmful church, and her call to marriage. Her life testimony and her suggestions for launching LGBTQ ministries make for a book that inspires empathy and action.

Editor's note: This story has been updated to correct Yunuen Trujillo's role with the Los Angeles Archdiocese. She is a volunteer.

A version of this story appeared in the Dec 9-22, 2022 print issue under the headline: 'LGBTQ Catholics' proves worthy guide for more inclusive parish ministry.