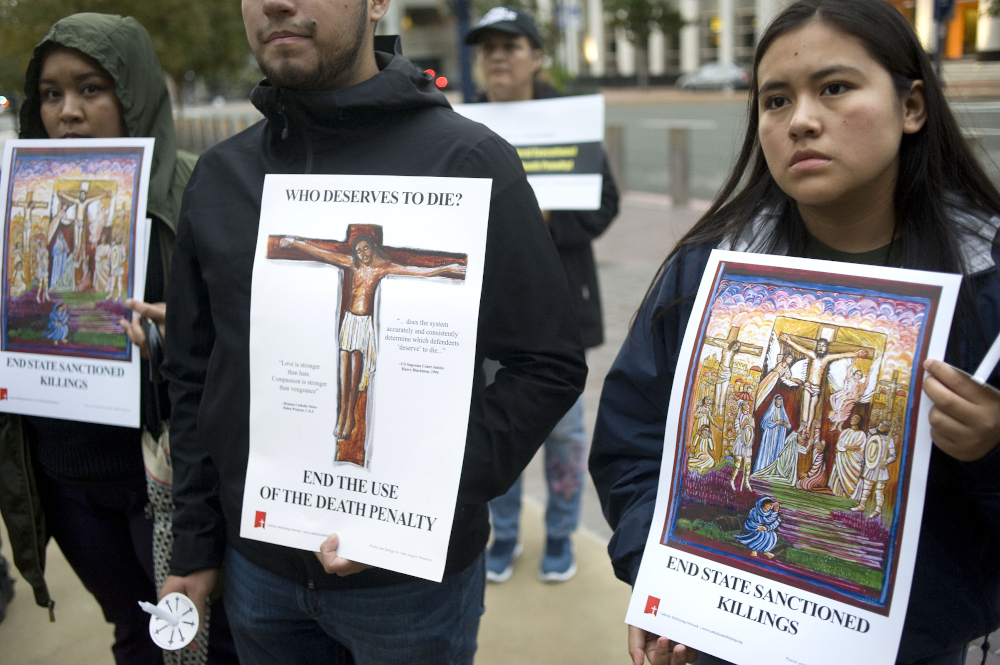 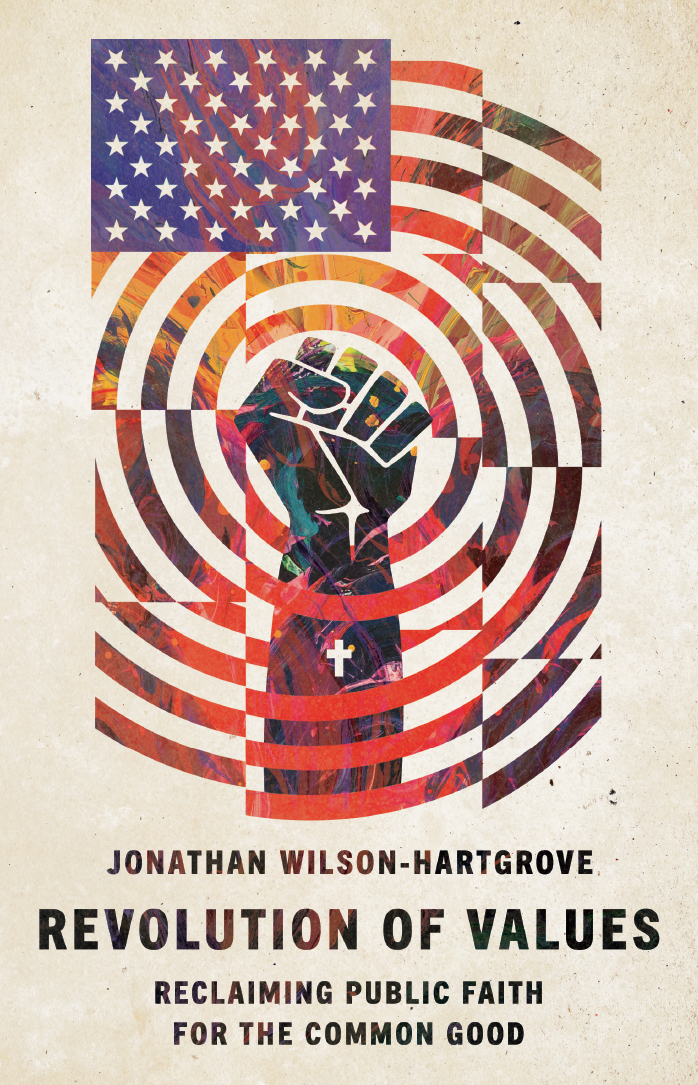 Donald Trump's victory in 2016 was not an accident. Rather, his election resulted in part from nearly 50 years of building political power by conservative activists and their corporate allies. And at the heart of that movement have been white Christians.

Jonathan Wilson-Hartgrove's new book, Revolution of Values: Reclaiming Public Faith for the Common Good, is a post-election call for white Christians to think differently. Wilson-Hartgrove is an evangelical Christian who was raised in the religious right's distortion of faith. But getting to know the very people in marginalized communities he was taught to fear helped him escape. In his words, he learned "a better way of reading the Bible in public life."

That "better way" guides his new book's stories of those justice seekers with whom Wilson-Hartgrove reads the Bible anew. We meet Julia Dinsmore, a single mother who organizes for housing rights. He tells the story of Ndume Olatushani, a formerly incarcerated person who intervenes to stop violence in his community. Another friend, Basir Bita, seeks peace in Afghanistan instead of U.S. warmaking. Their stories are openings for chapters that weave together not only narratives, but scriptural exegesis and academic research for addressing injustices. Wilson-Hartgrove highlights immigration, economic justice, voting rights, mass incarceration, women's rights, climate change and more. Present throughout is the white supremacy and racism so central to the history — and contemporary life — of the United States. 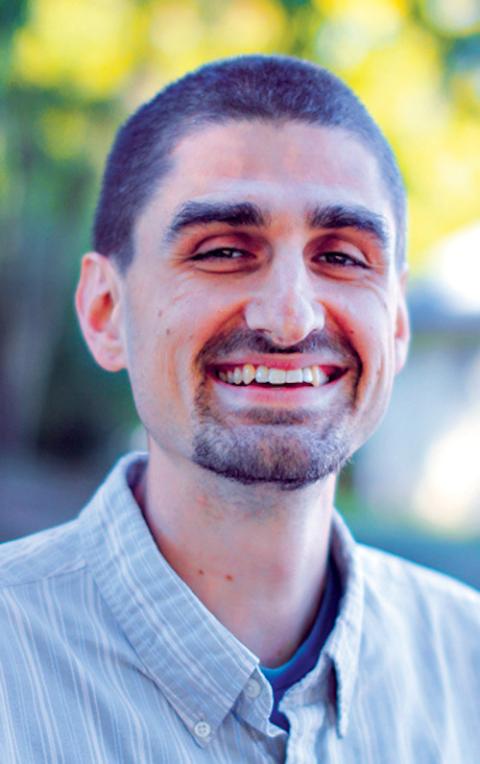 The book also takes down a number of the personalities, institutions and structures of white Christian nationalism that led to Trump's election and who pose a continued serious threat to multiethnic democracy in the United States. Wilson-Hartgrove draws from critical texts, like Michelle Alexander's The New Jim Crow and other research in his exposé. For each justice issue, he details the history of how conservative activists and corporate apologists acted together shamefully to use the Bible and people's faith towards unjust, political ends.

In his words, the work of these operatives "can never be dismissed as simply the ignorant reading of sloppy exegetes." Wilson-Hartgrove charges the rich and powerful with divorcing the Bible from its socio-political context to their own ends. He details how overly spiritualized, manipulated interpretations of the Bible have led many to believe that a text about loving the poor and welcoming the stranger is somehow actually pro-business and anti-immigrant. He excels at showing us how these efforts play out.

Conspicuously missing in Revolution of Values, however, is a reckoning with the Christian right's defining issue: abortion. In chapter six, Wilson-Hartgrove addresses gender equality by raising the history of the Equal Rights Amendment, the #MeToo movement and the prominence of women in scripture. The chapter's story is of Alicia Wilson Baker, an Evangelical woman fighting her religiously-affiliated employer over contraception access. Notably, she is a "pro-life" woman. Wilson-Hartgrove never makes his stance on reproductive issues clear, but his near silence on the issue weakens the book's larger argument. Abortion's leading role in the Christian right's machinations requires that it be directly addressed. And any comprehensive social justice agenda like the one Wilson-Hartgrove proposes must include reproductive rights. He should have instead chosen to tell the story of the many pro-choice people of faith who concurrently disarm the Christian right's abortion cudgel while advancing reproductive justice.

Written by an evangelical Christian largely about evangelicals (though the anti-feminist Catholic Phyllis Schlafly does make a cameo), Revolution of Values still speaks to Catholics deeply. Our church's leaders have been wholly wrapped up in the Christian nationalism under review as much as their evangelical colleagues. Indeed, in many scenarios it is Catholic bishops leading the charge against LGBTQ equality and reproductive rights to the detriment of immigrants and other marginalized communities they should be serving. As National Catholic Reporter has documented extensively, right-wing Catholics have poured out money and exerted their influence to advance conservative political and ecclesial agendas.

In 162 accessible pages, Revolution of Values serves as a primer on Christianity's relationship to social justice in the United States today addressing these fundamental questions: what are the issues, why do they matter, how has the Christian faith been misused, and with whom must we read the Bible to understand it in a better way? Longtime activists may know many of the facts and figures shared. But there is an inspirational aspect that could be beneficial for all readers: a reignition of the outrage we should feel about those who have co-opted Christianity and a rekindling of the fires to reclaim our faith.

The book may detail history, but it is not a history book. Wilson-Hartgrove is making an appeal ahead of the 2020 election, especially for white Christians, to assess critically abuses of faith that crush the poor. But as he makes clear, finding a better way to read the Bible in public life is a communal activity. The questions Wilson-Hartgrove leaves us with are with whom will we read the Bible and whose perspective will we prioritize? For Catholics, this will involve reexamining how some members of our hierarchy have distorted the church's tradition, too.

[Robert Shine advocates for a just and inclusive Catholic Church. For more on his writing and work, visit robertgshine.com.]