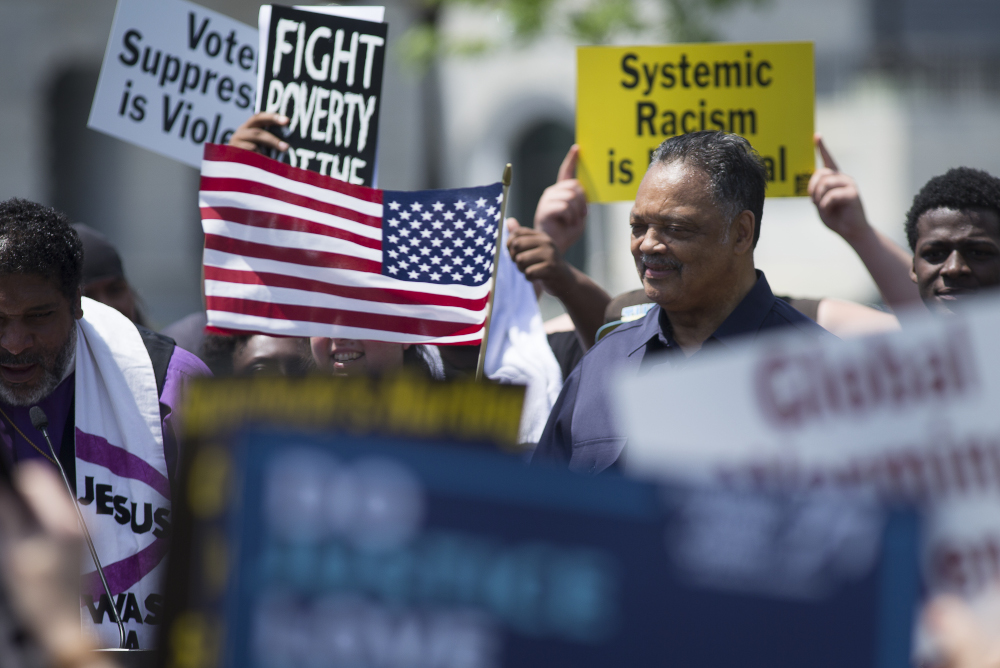 Rev. Jesse Jackson and a number of religious leaders are seen near Capitol Hill in Washington May 21, 2018, during a protest to demand elected officials take immediate steps to confront systemic racism. (CNS photo/Tyler Orsburn) 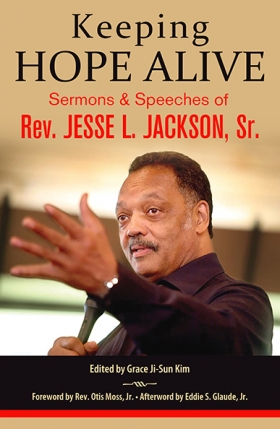 When I first met and heard Jesse Jackson speak in the late 1960s in Rochester, New York, it was clear that I was encountering a gifted orator and a magnetic presence with shimmering charisma.

What I could not have known then was that Jackson, as a civil rights leader, would use those gifts consistently well for more than half a century and become an important prophetic voice calling his nation — our nation — to do the right thing on behalf of the very people Jesus told his followers to care for: the poor, the downtrodden, the sick, the oppressed.

Many of the words he used for that challenging task now can be found in Keeping Hope Alive, an inspiring collection of sermons and speeches. The book includes a short "Concluding Thoughts" chapter from Jackson, in which he acknowledges what this book makes plain: "I've never really felt there was much difference between my speeches and sermons — different approaches to achieve the same thing: conveying the good news." Indeed, Jackson could preach just ordering breakfast.

One of the surprises here is that so few of the texts of Jackson's many sermons have survived. This book includes just six of them. But it's a reminder that sermons — especially in the black church tradition — are not dry words on a page. They are, rather, living, often extemporaneous words about the living Word of God, Jesus, and they take on at least the appearance of performance art. It's good to have the texts here in these pages, but perhaps the only way to make those dry bones live is to read these sermons aloud.

The words in this collection capture some of Jackson's rhetorical trademarks, such as his unique comparisons and his rhyming: "The [George W.] Bush budget is 'mansion down,' not 'manger up.' " Or: "If there were occasions when my grape turned into a raisin and my joy bell lost its resonance, please forgive me." And: "I have a message for our youth. I challenge them to put hope in their brains and not dope in their veins." 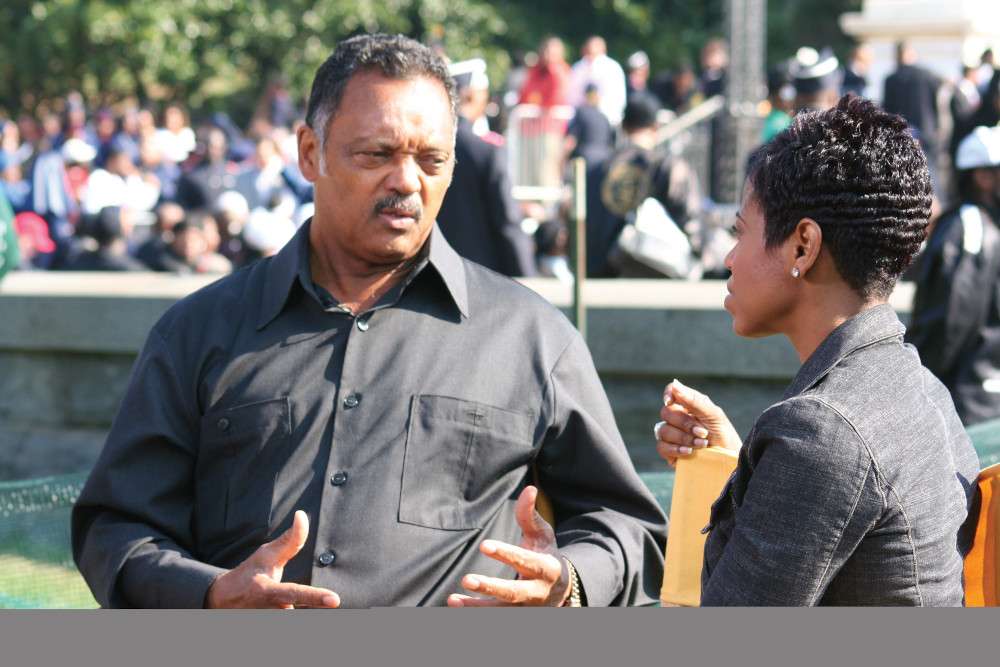 Jackson, founder of the Rainbow/PUSH Coalition and a colleague of the Rev. Martin Luther King Jr., traveled not just across America but also across the world preaching a message of hope in the midst of racial injustice. This book contains remarks delivered in England, South Africa, Thailand, the U.S. and elsewhere. And most of them end with a phrase that he first used to rally supporters in his unsuccessful 1984 and 1988 campaigns for the Democratic presidential nomination: "Keep hope alive."

Jackson's words are marinated in Scripture. He's skilled at finding passages that speak to what he calls the "isness" of the situation about which he's speaking. Which also means that parts of this book seem a little repetitious in that he uses many biblical passages over and over. And once or twice, he quotes part of an earlier speech that is already given in whole in the book.

A small complaint: Twice in the book, Jackson misstates the origin of Islam, which was born in what today is Saudi Arabia. Jackson says, instead, that "Judaism, Christianity and Islam were all born in the revered and holy city of Jerusalem." Well, Jerusalem is important to Islam, but it's not its birthplace. Still, let it go. His words, after all, were employed in the important service of interfaith understanding.

Jackson is pushing 80 now and has Parkinson's. So this is the right time for someone — in this case, Grace Ji-Sun Kim, an associate professor of theology at Earlham School of Religion — to have put this collection together. It brings with it the reminder that even when things look bleakest, we are called to keep hope alive.

A version of this story appeared in the April 17-30, 2020 print issue under the headline: The time is right to read Jesse Jackson's speeches.