Steven Bannon in "The Brink" (Courtesy of Magnolia Pictures)

Filmmaker Alison Klayman was a one-woman crew for her new documentary, "The Brink," about the scruffy, underdressed — but always wearing two shirts — former White House strategist and executive chairman of Breitbart News, Steve Bannon. Most of her cinema vérité shots are close-up and handheld as if she is ready and poised to move at a moment's notice, which turns out to be the case.

In an interview with Filmmaker Magazine, she said that the hardest thing about traveling with Bannon for the 13 months covered by the film was "how last-minute all his plans are. Even his team didn't know what the plan was from one day to the next."

"The Brink" has one subject: Steve Bannon. Klayman makes no secret in interviews that she is not objective; she sees him as an enemy and deeply problematic. 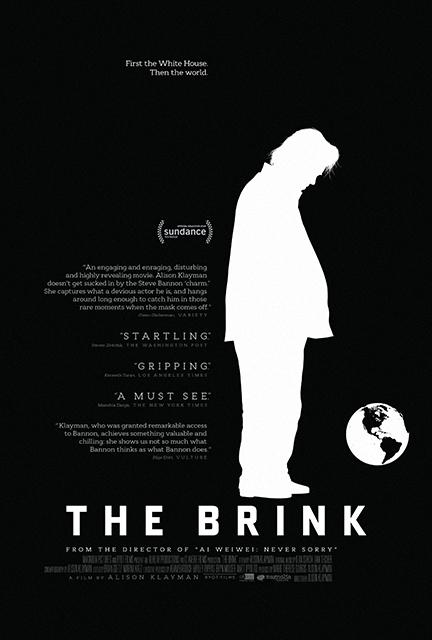 "The point," Klayman says in the film's production notes, "was not to humanize him, but to demystify him. Humanizing him was not the framework I employed for this project — he's obviously a human being, he's hungry, he gets angry. You want your enemy to be a monster, but in truth, they're human, and for me that's what makes them scarier."

The film begins in the fall of 2017 and goes through the 2018 midterm elections. While Klayman says she did not seek to troll Bannon, she clearly wants to unmask him by just letting him be who he is. There are no long conversations and no deep dives into what makes Bannon the man he is or what friends, family or colleagues admire or even dislike about him.

What struck me throughout was his fragile ego — always checking to see how he came off in an interview or on stage — and the superficiality of his existence while going from a place of powerful influence in the White House to a shadow, albeit a long one, in that short time. He does not seem to have any friends or caring family — he was married and divorced three times and has three children according to Wikipedia — although an unsmiling nephew works for him.

Bannon may be well educated — Catholic high school, Virginia Tech, Georgetown University, Harvard Business School — but the film shows that his vocabulary and communication skills are limited and any grand ideas he has are distilled into two or three concepts that he repeats throughout the documentary.

He was in the military, was a vice-president at Goldman Sachs (two former presidents of the firm are in the film and advise him) and produced films in Hollywood. But who he is and what he's about are not difficult to grasp. He explains that he is an economic nationalist — seeming to not understand that economics and race are profoundly entwined. He doesn't care about the world or globalists but only about the well-being of America or whatever country is paying for his services at the time. All he wants to do is win at any cost because it's not about ideas, it's about winning. To do this, you come up with two or three ideas, "simplistic and easy for everyone to understand" and repeat them over and over to play into people's anger. If people are angry, they will vote. When people accuse him of saying certain things, changing facts or revising history, or being a white nationalist, for example, Bannon just denies it. He does this repeatedly, evidence to the contrary notwithstanding.

In President Donald Trump, one may conclude, Bannon found a good disciple.

Marie Therese Guirgis, a former employee of Bannon's, knew him well and was concerned and angered at his rhetoric and engagement with far-right politics. She contacted him in early 2017 and asked if she could make a film about him, not a propaganda film or a Michael Moore takedown.

"I told him," as quoted in the film's production notes, "I wanted to follow him for an extended period of time, that I wanted a filmmaker to embed himself or herself with him, and that the filmmaker would have to have total creative control. I told him that I wanted to produce a high quality, thought-provoking, intelligent film. But I also reminded him that he knew my politics well and how I felt about what he was doing, and that those things would underlie the project." 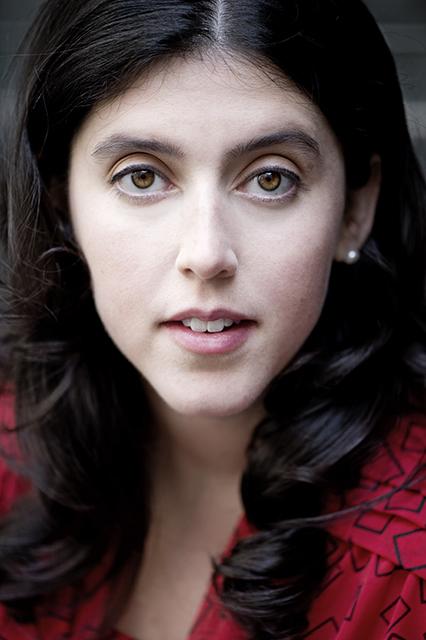 As executive producer, Guirgis chose Klayman to make the film. This was a real change for Klayman, whose previous film "Ai Weiwei: Never Sorry," is about a Chinese artist who championed human rights rather than deny them.

"Weiwei is making films and other works of art about the plight of refugees," Klayman told Filmmaker Magazine, "urging audiences to look at the issue through the lens of our shared humanity. Bannon is working on promoting anti-immigrant policies and hateful rhetoric. I filmed him countless times defending his position on policies like the Muslim travel ban, zero tolerance at the border and family separation, with no concern for the suffering of individuals. I could not imagine a point of view more opposed to Weiwei's worldview."

The only significant things Bannon accomplished — after helping get Trump elected as president of the United States — were all related to racial bias under the guise of national security: the Muslim travel ban, blocking immigration and family separation at the border. He left the White House after the Charlottesville debacle and started a non-profit to promote his agenda and that of far-right Republicans. This tax status is for a "social welfare" organization and does not have to disclose donors. Once the Democratic party won the House of Representatives in the 2018 midterm elections, where Bannon backed losing candidate Roy Moore of Alabama, Bannon's influence waned.

The film shows that now, after numerous mutual courting rituals with European nationalists where he promises wins without offering specifics except what is already noted here, he is a political darling. With his help, the nationalists hope to win in their respective countries. He has succeeded, notably with The Italian Brotherhood in Italy. Bannon's work in Europe is through a well-funded organization called The Movement.

Bannon was raised Catholic, but his hubris seemed blasphemous every time he says that Trump's win was because of "divine providence" — through human agency, of course. He says in the film that you find a solid core group among the populace — like evangelicals — and play to that one group because they won't change: "working class, same crosses and crucifixes in the living room."

Bannon seems a lonely man living a fast-paced, exhausting, empty life except for whatever satisfaction comes from his next cold-blooded win. He plays a little golf but that's it. His life is filled with travel, meetings, town hall events, radio shows, interviews and shameless self-promotion. He downs caffeine in any form in great quantities and expects his assistants to be mind readers. If he ever has any twinges of conscience or regrets, or reflects on consequences of his words and actions or engages in discernment, these moments are not evident in the film. I felt sad for him when at a dinner he sits alone at the end of a table and makes a small sign of the cross before eating.

" 'The Brink' suggests a lot of meanings — he's someone who pushes everything to the brink, and then he keeps on going. He thrives on the brink. And it also feels like that's where we all are right now."

One must conclude from "The Brink" that Bannon thinks Americans are pretty dumb and gullible and will believe what he says without questioning it. The title is taken from a quote of Abraham Lincoln that Bannon reads from a book he carries with him. As Klayman explains in the film's production notes: " 'The Brink' suggests a lot of meanings — he's someone who pushes everything to the brink, and then he keeps on going. He thrives on the brink. And it also feels like that's where we all are right now."

But Bannon, however rude, crude, annoying or cloying, is not the only political operative Americans need to know more about and I don't think Klayman mentions him in her film: Stephen Miller. The Muslim ban was accomplished by Bannon with the collaboration of this White House political advisor whose dark, ruthless influence and impact on immigration and border policy never wanes but increases by the day, as Politico suggested recently. Maybe he will be the subject of Klayman's next documentary.