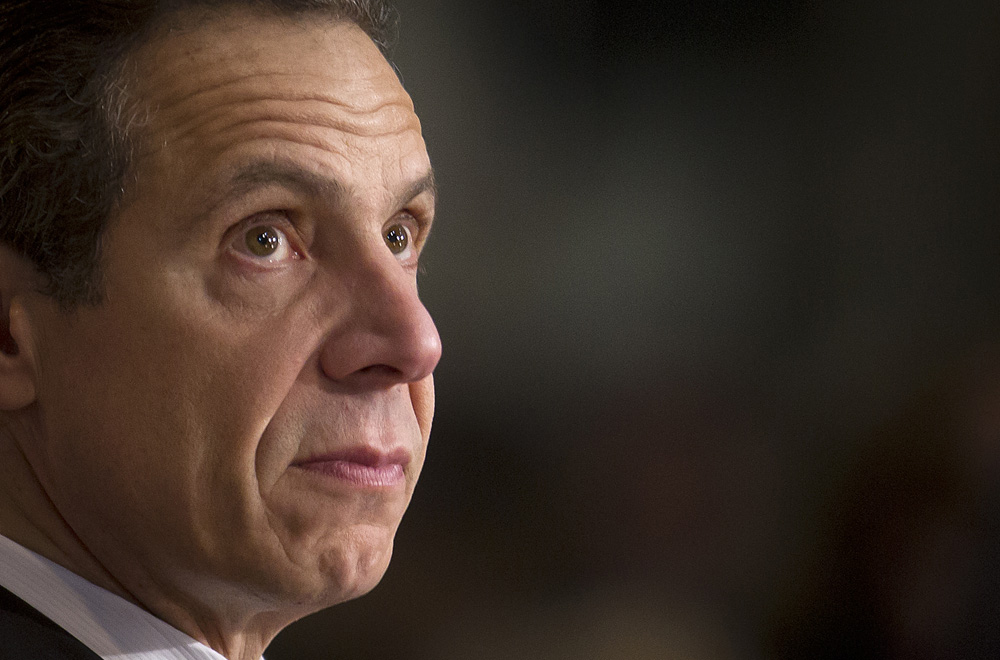 The governor, who is a Catholic, and the state's Catholic bishops quickly got into a shouting match. Cardinal Timothy Dolan took to the op-ed pages of the New York Post to suggest that today's Democratic Party is akin to the "Know-Nothing Party" of the antebellum era in its hostility to Catholics. I do not think the analogy works very well, but the cardinal is absolutely correct when he wonders why some Democrats seem intent on sticking their finger in the eye of believing Catholics.

And, the cardinal is almost right when he observes: "Those who once told us that abortion had to remain safe, legal and rare now have made it dangerous, imposed and frequent." I say "almost" because I do not see how the new law "imposes" abortion. But, his broader point is important: The Democratic Party has become more extreme on the issue of abortion, adopting positions advocated by special interest groups, positions that do not reflect the views of many people who are essentially pro-choice, people for whom "safe, legal and rare" captured their ambivalence about the issue.

If you doubt it, go to the Twitter feed of Planned Parenthood's NYC Action Fund and check out the comments that accompany the video of activists cheering the passage of the new law. "I was always pro-choice but this is what's pushing me so far away from that. This is disturbing. It's murder," wrote one woman. "I agree," answered another woman. "Always pro-choice but unless a mothers [sic] life is in danger I am against abortion past the 24 weeks as they approved." Most countries in the world bar abortion after 12 or 14 weeks.

I am not ambivalent about abortion. I think it is wrong, always and everywhere. That does not mean I am unsympathetic to women facing crisis pregnancies. It does not mean that I think legislative remedies are easy. Nor does it mean that I am unaware that most abortions will increasingly be accomplished at a very early stage, and by taking morning-after pills, a circumstance in which I do not see how the government could, or should, get involved. With the eyes of faith, I can assert that from the moment of conception, a unique, unrepeatable human life is present, but if reason is the guidepost, I do not see how we can make the same claim for a zygote until twinning is no longer possible. After that point, undeniably, you have a life that will be self-same and unrepeatable until it dies, and it is barbaric that the great state of New York no longer thinks such a unique life form deserves any legal protection, not even a chance to be weighed against the interest a woman may have in terminating her pregnancy.

In 1973, the Supreme Court short-circuited a difficult but healthy debate that was going on in legislatures across the country. It was a debate other countries continued to hold, which is why most of them achieved a consensus that abortion would be legal in the first 12 or 14 weeks of pregnancy, but proscribed thereafter. But, the court's ruling in Roe v. Wade had the effect of polarizing the discussion and making it a categorical debate, focused on the autonomy of the mother. Pro-life groups were outraged and they dug in. Today, if any pro-life advocate suggested a compromise that permitted abortions in the first 12 weeks, they would be shouted down and exiled from the movement. A similar fate would attend any pro-choice advocate who today would allow for any consideration other than the mother's autonomous choice. Indeed, imagine what looks a pro-choice advocate would get if she even used the word "mother" to describe the woman making the choice!

In this discussion, it is wise to remember that tough cases make bad law and both sides invoke tough cases to foster an emotional reaction. Witness the recent series of editorials in The New York Times criticizing laws that seek to restrict abortion at the edges, within the confines of Roe and its progeny. The emotionally fraught cases the editorials invoked made a strong case for a more intelligent exercise of prosecutorial discretion, but not for a laissez-faire approach to the issue of protecting innocent human life. Yet that was precisely what the Times editorial board concluded, to embrace no limits beyond those a woman herself chooses. I am hard pressed to think of another issue on which the Times editorial board is so extreme in its libertarianism.

It is sad to see Gov. Cuomo so impassioned by this push for enacting extremely libertarian abortion laws. Was it really necessary to light up the World Trade Center? I wonder if he thinks the issue somehow prevented his father from ascending to the White House. One thing is clear: He could better honor his father's memory by displaying the ambivalence the first Gov. Cuomo brought to the issue. The son's statements resemble more those of a cheerleader than of a statesman.

In Virginia, a similar radical proposal was defeated in committee. Gov. Ralph Northam, considered a moderate, is appropriately catching flak for not distancing himself from the extreme proposal and for seeming to suggest it was permissible to kill a child already born if the birth happened during an attempted abortion. I do not believe Northam, who is a pediatric neurologist, advocates infanticide. I believe he twisted his words because he was afraid to anger the pro-choice caucus. Because of the funding that is tied up with the promotion of abortion rights, Democratic politicians think they must walk on eggshells. Let them realize that there are eggshells on the other side of the issue too, that embracing extreme positions on an issue about which most people do not feel as the activists do comes at a cost too. Most people feel torn between respect for the life of the child and sympathy for a woman in a tough spot.

I am afraid that there is no going back to the legislative debate the country was having in the years before Roe. Incrementalism and compromise are unacceptable to the people who care most about the issue. There will be more bills like the one in New York, seeking to codify abortion rights — and extend them — before the Supreme Court overturns Roe. The pro-life movement's focus on the Supreme Court was always wrongheaded. The fight is far from over and when the dust settles, I fear unrestricted abortion will be more common than not.