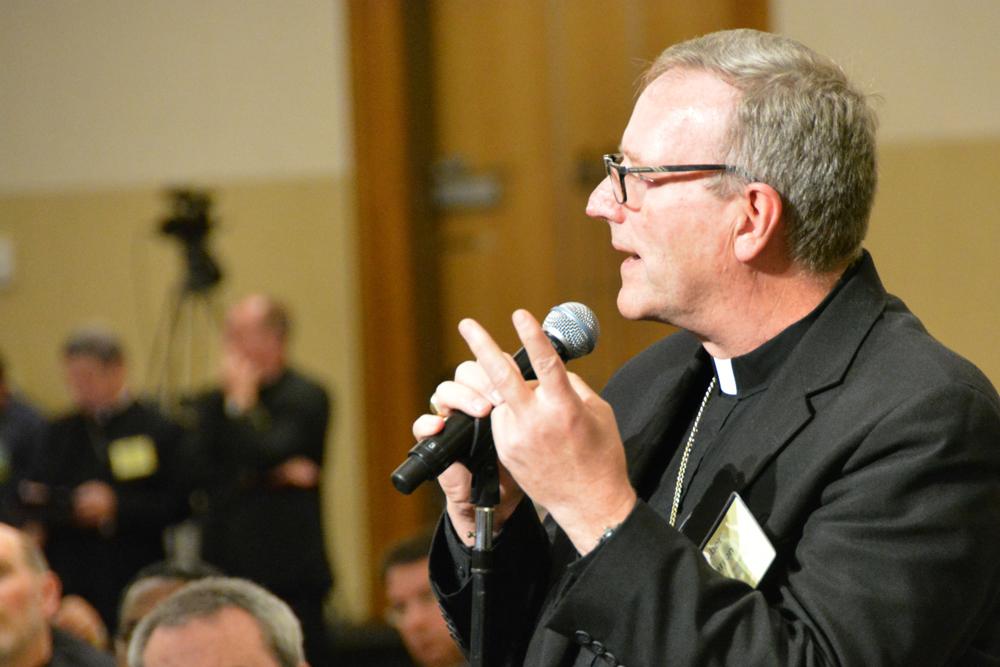 Last week, La Civiltà Cattolica published a transcript of the Holy Father's conversation with the Jesuit community working in Romania. Pope Francis typically meets with the local Jesuits whenever he visits a country and the conversations really show the wisdom and the personality of this pope.

For example, we know the first pope from Argentina likes colorful metaphors and stories. The nation that gave the world the tango would not give us a dull pope. When asked about where he finds consolations, he said:

I'll tell you a story. I like to spend time with children and the elderly. Once, there was an old lady. She had precious, bright eyes. I asked her, "How old are you?" "Eighty-seven," she answered. "But what do you eat to be so well? Give me the recipe," I said. "Everything!" she answered. "And I make my own ravioli." I said to her, "Madam, pray for me!" She says to me, "Every day I pray for you!" And joking, I add, "Tell me the truth: Do you pray for me or against me?" "Of course, I pray for you! Many others inside the Church pray against you!"

The story illustrates that he means it when he talks about accompanying people. He clearly takes delight in meeting this elderly woman and he remembers her specific age. He remembers her "precious, bright eyes." He engages with her like a real person: "Give me the recipe." But, he also makes a very clear point, adding: "True resistance is not in the people of God who really feel they are the people."

His comments about dealing with difficult times demonstrate a different attitude towards evangelization than, say, what we heard about last week from Bishop Robert Barron at the U.S. bishops' conference meeting. The pope says:

What to do? It takes patience, it takes hupomeno, that is, carrying the weight of the events and circumstances of life. You have to carry the burden of life and its tensions on your shoulders. We know that we must proceed with parrhesia and courage. They're important. However, there are times when you can't go too far and then you have to be patient and sweet. This is what Peter Faber did, the man of dialogue, of listening, of closeness, of the journey.

Today is a time more for Faber than for Canisius, who was the man of the dispute. In times of criticism and tension we must do as Faber did, working with the help of the angels: he begged his angel to speak to the angels of others so that they might do with them what we cannot do. And then you really need proximity, a meek proximity. We must first of all be close to the Lord with prayer, with time spent in front of the tabernacle. And then the closeness to the people of God in daily life with works of charity to heal the wounds.

The contrast of Faber and Canisius illustrates that these divergent approaches are not new in the experience of the church. But, whereas Barron calls for a new apologetics, revels in arguing with atheists, and holds up Jordan Peterson as some kind of icon of effective communication, Francis counsels against following the model of the disputatious Canisius, states that we need a "meek proximity" to the people of God, and goes on to say:

The Church is so wounded, and today it is also so wounded by tensions within it. Meekness, it takes meekness! And it takes a lot of courage to be meek! But you have to go forward with meekness. This is not the time to convince, to have discussions. If someone has a sincere doubt, yes, one can dialogue, clarify. But don't respond to the attacks.

It is very hard to be quiet in this age of Twitter, but can we doubt that the pope is right, that aping the culture which has marginalized the Christian faith, as Barron does, is no way to proceed, and that we must bear witness to the suffering of people more than we should try and convince them by argumentation.

Later on, the pope is asked about indifference. He differentiates between the good indifference St. Ignatius commends in the Spiritual Exercises, a willingness to place oneself entirely in God's hands, and the bad indifference in which people don't care one way or the other. He states: "Indifference is a form of the culture of spiritual worldliness. " Again, it is hard to see how dragging Peterson and the "Jordan Peterson phenomenon" into a discussion of evangelization is not an example of spiritual worldliness. I have never heard the pope brag about the number of Twitter followers he has, have you?

Similarly, Barron often cites the great theologian Hans Urs von Balthasar on the need for evangelization to lead with beauty, to call attention to the great works of architecture and music and painting and sculpture that the Christian faith has inspired. It is strange that, in my hearing at least, he never mentions Balthasar's central point about Christian aesthetics, that it takes the crucified Christ as the form of the beautiful: It is now the broken, the discarded, the weak, the dying that is beautiful. I think Francis understands this with his gestures of humility, kissing the feet of the African leaders who had come to the Vatican for peace talks, embracing the ill and the deformed in St. Peter's Square, washing the feet of prisoners on Holy Thursday. These gestures are more powerful than any social media campaign.

Besides, the way Barron discusses evangelization, he suggests that we lead with beauty and later start explaining the truth to people. Maybe this is just an example of being "wise as serpents" but it strikes me as essentially manipulative, the Venus flytrap approach to evangelization. I am more drawn to the Gospel, and expect many of the "nones" would be too, when I hear Francis say to the Jesuits in Romania, when asked about consolations in his life:

In prayer the Lord makes himself heard. And then I find them with God's people. Especially with the sick and the old, who are a treasure. Go and visit the elderly! And then with the young people who are restless and looking for real witnesses. God's people understand things better than we do. God's people have an understanding, the sensus fidei, that corrects your line and puts you on the right path. You should hear what people say to me when I meet them! They have a nose for understanding situations.

The utter absence of the "let me explain it to you little ones" attitude is surely more effective than even the glossiest of DVDs.

It is important the bishops of the United States think long and hard about which path they want to follow when it comes to evangelization. It is impossible to explain away the difference of approach. Read the whole transcript of the pope's comments in Romania. Then watch the video of Barron. (His presentation starts at 1:10:45 on the second on-demand video for day one.) I get complaints that I am picking on Barron but I did not create the difference in approach between him and the pope. I am merely noting it.