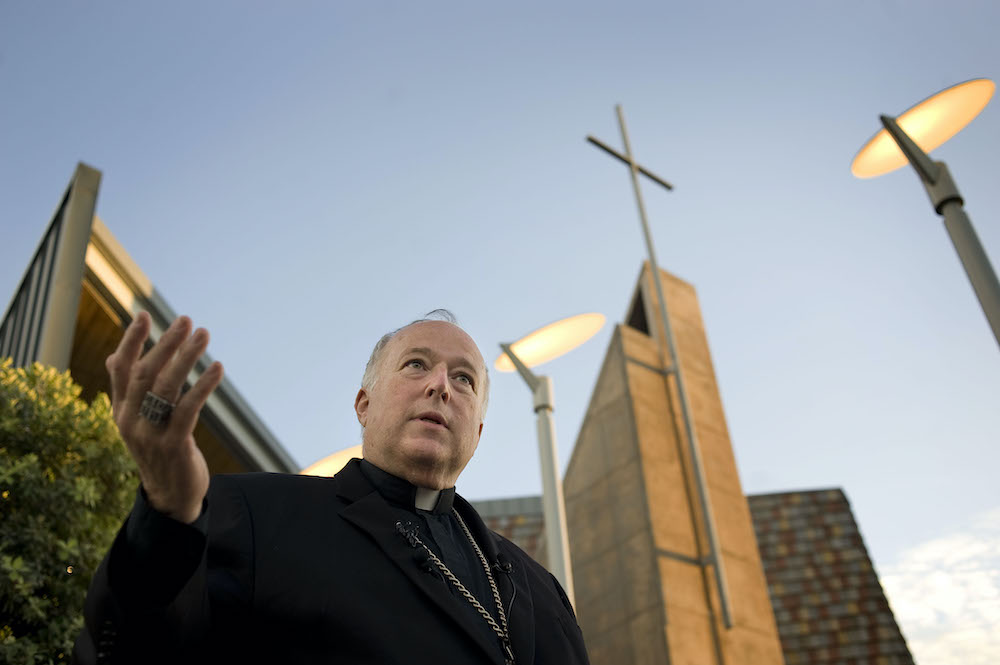 Last week, San Diego Bishop Robert McElroy ordained a new auxiliary, Bishop Ramon Bejarano. McElroy's homily was a tour de force, not only for its spiritual insights, but for its connections of those insights with the crises facing the nation today.

He spoke this brief but incisive meditation on the Gospel image of the Good Shepherd that should be shared with all new bishops:

There is no image more captivating in all of the Gospels, so demanding in its utter surrender of self to the good of God's people, so human in its expression of a care which is permanent, nurturing and protective, so individual in its expression of divine love as the care of the Father who has known us from the first moment in our mother's womb and will love us until the end of time.

His description of the Church of San Diego's immigrant roots and ongoing immigrant experience made connections across racial and social groups that struck me as profoundly Catholic:

The Diocese of San Diego is still an immigrant Church which has always drawn strength and identity from the waves of men and women who have come to this place seeking to build a new life," he said. "From the immigrants of Latin America who came in the earliest days of our Catholic community to Europeans journeying west on the wagon trains, to the military men and women whose service to our nation led them to become San Diegans, to workers who have come north to labor in the rich Imperial Valley, we are a Church profoundly formed by the immigrant experience and the need to build an abiding sense of solidarity within the Church.

Many analysts and advocates tend to distinguish the experiences of different groups, but a pastor learns from his flock that differing experiences of migration can be a source of solidarity.

It was McElroy's discussion of this "moment of societal crisis," however, that makes his homily especially worthy of widespread consideration. A kind of "state of the local church" reflection, it has wide applicability for the rest of the country.

First, he notes that "the pandemic has transformed the landscape of our ecclesial life in ways that will permanently change the nature of pastoral action and evangelization. Patterns of parish life that have sustained community and the proclamation of the Gospel for decades have been ruptured by the isolation of these months and the atomization of all social life that we have witnessed. There is a great danger that that pandemic is creating a culture of increased disengagement within the life of the Church that will persist long after a vaccination is found."

For the church, the words "sustained community" are especially important. Communities do not self-sustain on autopilot. They need to be tended and nurtured, and the methods the church in the U.S. has adopted have wilted in the heat caused by this virus.

McElroy then looks at the national focus on racial issues, "The issues of race and nationality, the rights of immigrants and the imperative for authentic solidarity in society and our Church that have surfaced in these past months are also a turning point, not an episode," he said. "We are in the midst of a profound social renewal in which the meaning of equality in our nation is in these days being irrevocably changed for the better."

I want to share the bishop's confidence that we are in a moment of "profound social renewal" and that things are changing "for the better." I worry that the righteous anger at the persistence of racial injustice has spent itself on symbols and semiotics. The murders of Ahmaud Arbery, George Floyd and Breonna Taylor demand more than statements and empty pedestals.

"Finally, and most profoundly, the pandemic has destroyed our individual and collective feelings of security on every level — personal health, financial security, safety, and relationships," McElroy continued. "We have come face to face with the existential reality that we are not in control and that the security we had treasured and presumed is an illusion."

McElroy said that these three ruptures — "the disruption of ecclesial life, the overpowering recognition that we do not live in a society of authentic solidarity, and the devastating assault that the pandemic has visited upon our false sense and sources of security" — force the recognition that our ecclesial structures will not be recovered so much as they will be transformed, of necessity. 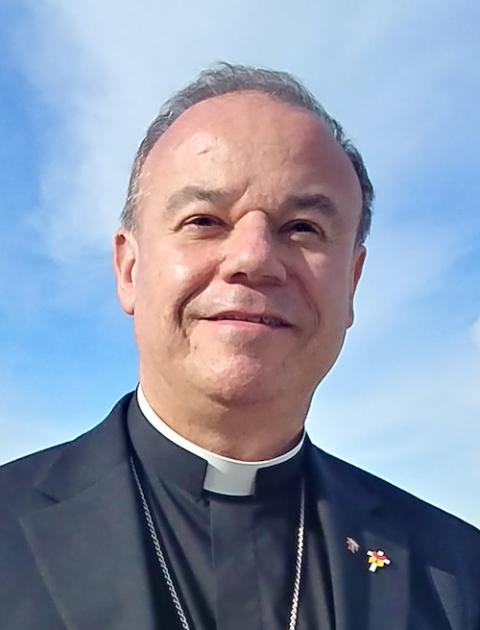 And, in a move that stands as both a rebuke to the U.S. bishops' conference and challenge to the U.S. theological community, McElroy correctly looks elsewhere, to Latin America and the document issued by the Latin American bishops at their 2007 meeting in Aparecida, for guidance:

I will let the reader finish the rest of his sermon and examine how he applies the lessons of Aparecida to the three ruptures he has outlined. I will say this: This short homily puts the lie to the idea that the church in this country is on its last legs, prostrate under the weight of its own self-inflicted wounds or threatened by a hostile secularism. The text breathes a confidence in the Lord that is quite distinct from the programmatic, managerial or neo-evangelical and individualistic approaches some U.S. Catholics advocate.

It is not so much optimistic as hopeful, and the hope is born from his experience in the trenches of a still young church. "The wind blows wherever it pleases. You hear its sound, but you cannot tell where it comes from or where it is going. So it is with everyone born of the Spirit" (John 3:8). The Spirit is blowing in San Diego.