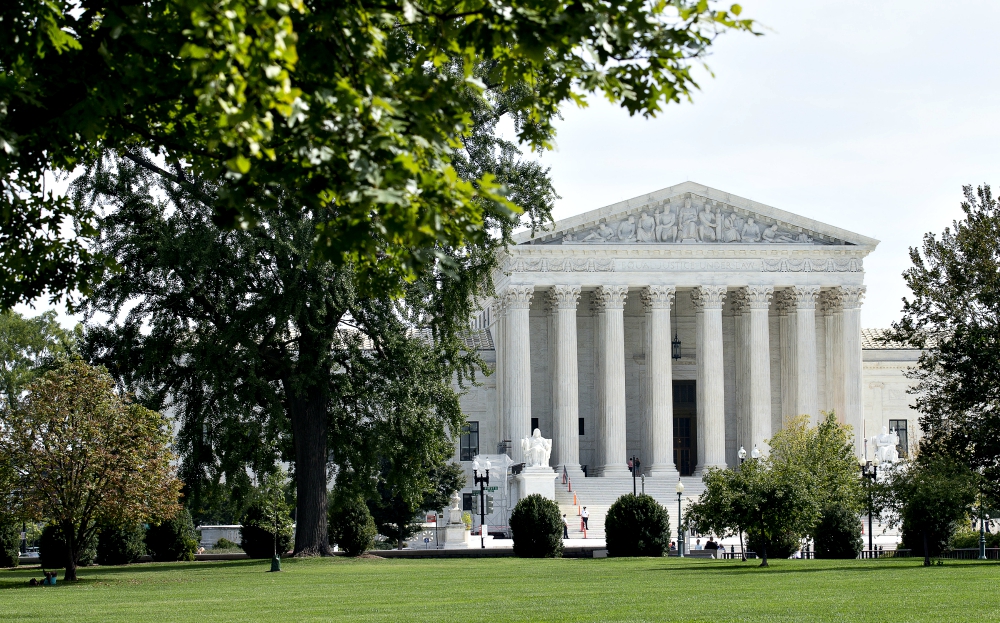 Today, the Supreme Court begins its new term. It will be the first full term since Justice Neil Gorsuch joined the bench, and his presence may prove far-reaching, not least in cases of particular interest to Catholics.

The most contentious case the court has on the docket is Masterpiece Cakeshop Ltd. v. Colorado Civil Rights Commission, which centers on the refusal of Jack Phillips, the proprietor of the shop, to design and bake a cake for a gay couple's wedding. This case should invite not just the court, but the rest of America, to consider thoughtfully how we wish to resolve these issues in which one person's religious freedom collides with another person's rightful expectation not to be discriminated against.

"Masterpiece Cakeshop, Ltd. v. Colorado Civil Rights Commission is an unusual case, but the conflict between the enterprises of promoting equality through anti-discrimination laws and respecting religious conscience by limiting the reach of such laws is real," wrote University of Notre Dame law professor Rick Garnett at SCOTUSblog.

"It is also unavoidable and ineradicable, because of here-to-stay disagreements among people of good will about the meanings of equality, dignity and freedom and about the appropriate aims and reach of governments' power."

Regrettably, such cases come prepackaged for most people with a convenient frame already set in stone. Those on the left know, they just know, that Phillips is a bad guy, some kind of religious bigot, while those on the right see the tentacles of Jacobinism emanating from Colorado's Civil Rights Commission. Phillips wants to not bake his cake and eat it too, some have already concluded. Others fear that the fate of Christianity hinges on the court's overturning the commission's finding against Phillips.

"Can he be required, though — should he be required, is it necessary for him to be required — to say something he thinks is not true, to disavow what he believes or to act expressively in violation of his conscience?" asks Garnett. "To condition the lawful exercise of his chosen profession on the waiver not only of unfettered freedom of contract but also of the First Amendment right to express — or not — his religiously informed views seems to ask too much. Such a demand crosses over from ensuring access to imposing orthodoxy, from enriching civil society to homogenizing it."

I am not unmindful of the danger of homogenization in our culture and society, a thing to dread and a thing that too many on the left fail to dread. But I quibble a tad with the idea that Phillips is being asked "to say something he thinks is not true." The message on a cake belongs to the people buying it, doesn't it? A cake baker is not an artist but a craftsman. The artist can attend to no other consideration except what his artistic vision and the materials he has chosen demands. A craftsman must entertain other considerations. An artist can make a quilt that is 100 feet long and paper thin, but a craftsman must make a quilt that keeps a person warm and fits the bed. Phillips' cakes must be tasty, of a certain size, and carry the message the customer wants.

Boston College professor of both theology and law Cathleen Kaveny agrees that this is a difficult case and locates the difficulty at the same place as Garnett.

"The First Amendment freedom of expression argument is a very serious argument. Phillips isn't talking about selling them Entenmann's," Kaveny told . "He is being asked to create something. He views that involvement as a kind of participation in the event itself."

She notes that he offered to provide food for the wedding, but not to make a specially designed cake with the client's message on it. This situation is not analogous to black sit-ins at lunch counters where they only asked to be served what everyone else as being served.

I hope the nuances and complications of the wedding cake case cause everyone, especially our Catholic bishops, to be measured in their comments. I fear hysteria will set in.

Last Thursday, the court announced it was adding several cases to its docket, and one of those also touches on a core teaching of the Catholic Church: Janus v. American Federation of State, Municipal and County Employees. This case is about union-busting pure and simple, a page from the Koch Brothers playbook.

At issue is whether an employee can freeload off the efforts of a union related to negotiating contracts, preserving a safe work environment, and such matters that pertain to the employment of the worker. Already, a union cannot demand payment from a nonunion employee to fund the political work a union may choose to engage. Mark Janus, the plaintiff, contends that even such issues as negotiating a contract are inherently political. Bosh.

The church has defended the right of workers to organize and form a union for 126 years, since Pope Leo XIII's seminal encyclical Rerum Novarum. This summer, Pope Francis said, "There is no good society without a good union." There is no ambiguity about where the Catholic Church stands on this issue, but I am guessing that the U.S. Conference of Catholic Bishops will be more aggressive in articulating its position on the cake-baking case than it will on this one.

Earlier this year, the court deadlocked in a similar case, Friedrichs v. California Teachers Association. The 4-4 vote left a lower court ruling in place that sided with organized labor. That vote took place after the death of Justice Antonin Scalia, who surely would have broken the tie in favor of Friedrichs.

One conservative friend pointed out that Franklin Roosevelt did not support unions for public employees, to which I reply, "So what?" I do not support progressive policies because they are progressive or maintain a progressive pedigree. I support them if, and only if, they are consistent with Catholic social teaching. There are some on the left, and many on the right, who start with the political result they want and go off searching for a religious rationale. That is the method that has brought the polarization of our politics into the church.

At a time of unparalleled divisiveness in our country's political life, the Supreme Court is one venue where the justices most often seek and find unanimity or near-unanimity. It falls to Chief Justice John Roberts to really push the justices to not let the bitterness of the ambient political culture destroy the respect with which most Americans still view the high court. He will have his work cut out for him.